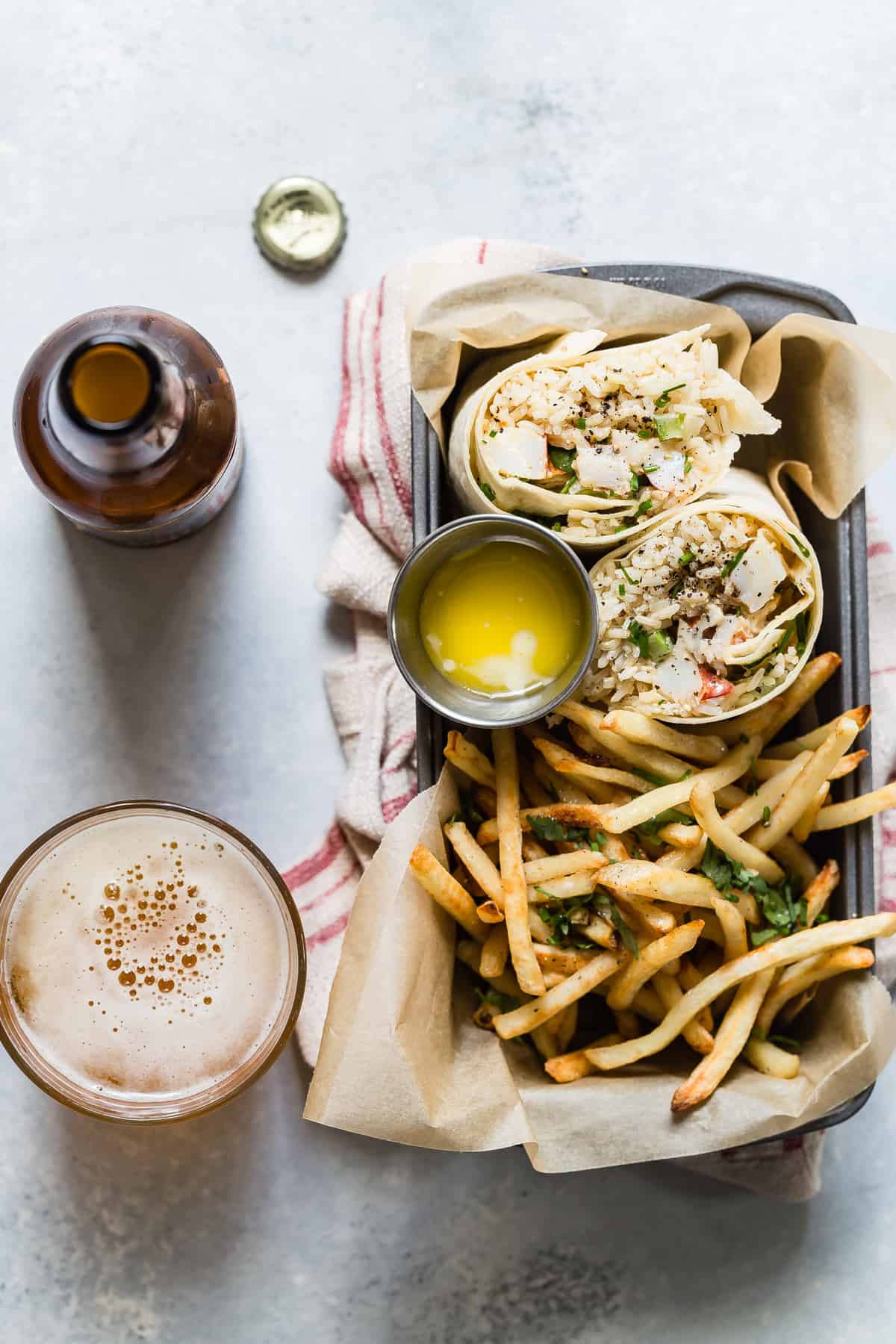 A tasty Lobster Burrito packed with all sorts of epic bites! This is one lunch you don’t want to skip over.

Sometimes when you see lobster at the store and the price is ridiculously low, you just have to jump on it and make a lobster burrito.

It’s such a simple thing but wow, does it taste amazing. I actually had high plans to make lobster rolls but couldn’t find the soft buttery rolls that make it what it is. I’ll be on an east coast trip soon and plan to eat as many lobster rolls as possible. Watch my Instagram for that and more.

But for now, let’s call it a burrito even though the dressed lobster filling is probably the same as any traditional lobster roll. I’m pretty sure that some people might argue that point but I’m all about adaptations. I decided to grill my lobster tails but a quick sauté in a pan would also work minus the shell.

Every good burrito needs rice so that’s what I used as my filler, I really wanted to put the french fries inside the burrito but I figured it’d be too tricky to roll up. But let’s think about that for a second. 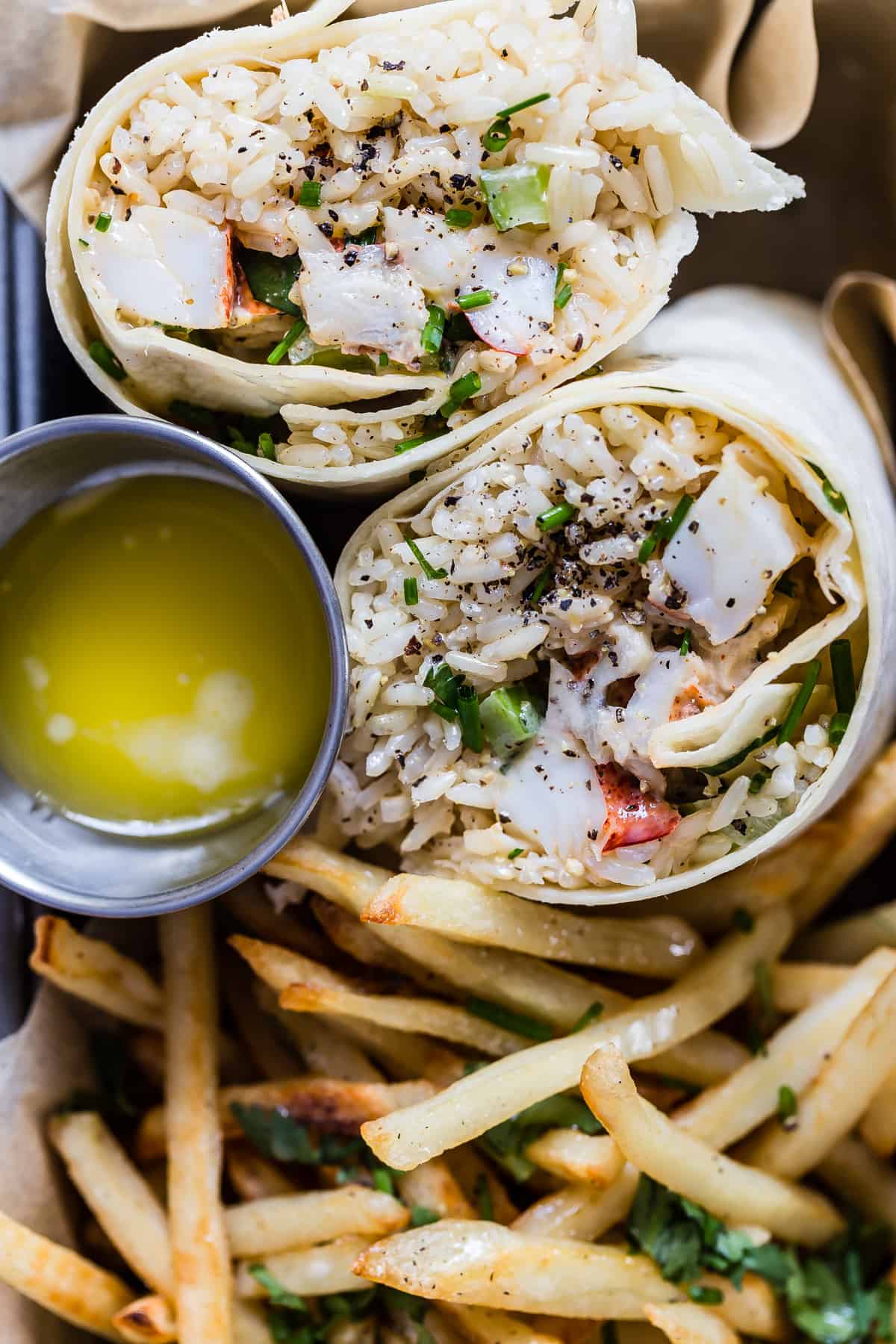 You also can’t have a burrito without dipping it in something, usually salsa but I threw that out for some melted clarified butter. There’s some calories here, I get that but it’s not every day that you shovel lobster into your mouth so let’s make it worth it!

And the side has to be french fries, especially if they’re tossed in garlic and cilantro. Oh my god, the fries should have their own blog post but maybe that’s for another day.

If you don’t end up being as lucky as me with the price, giant shrimp would work in place of the lobster. Another tip is to use the biggest flour tortilla you can find, at least 12 inches. It’ll be so much easier to roll up without ripping or having some of the filling falling out! 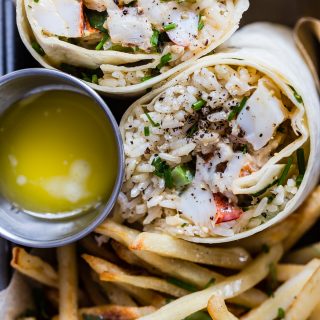