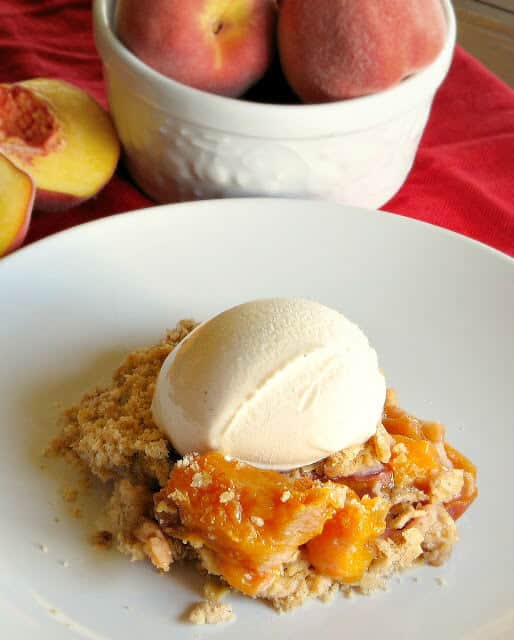 You may have read here about the recent purging of my peach tree. I picked almost 18 pounds of fruit, halved them and then gave them a free vacation in the freezer. I’m slowly thinking of ways to use them up, I made some peach scones which looked like giant dorsal fins. They tasted good but photographed like a Nick Nolte mugshot (see here if your wondering)

After that glorious fail, I decided to make a peach crumble. This biscuity type of dessert is more common back home for me and is traditionally served with hot custard. You’ll find it on every pub menu form Lands End to John o’ Groats, meaning from the most Northern tip of Great Britain to the most Southern. It’s a great dessert because almost any fruit will work in it, so whatever’s in season can be used for a crumble although stone fruits are usually the best. Cobbler. which is the crumbles cousin is similar except not all of the fruit in a cobbler is covered, at least not in my experience. This would tend to drive me nuts if I was getting served cobbler but didn’t score a piece with the awesome biscuit top…just me? Come on fess’ up everyone, next time you see cobbler being served at a party you better bust a move to the front of the line or you’ll end up having stewed fruit. 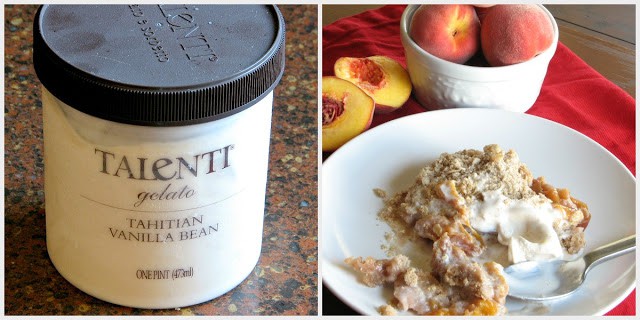 I mentioned serving crumble with custard but ice cream does a great job of taking it’s place. I bought this Talenti gelato and if you see it in the store, don’t pass it by even for Haagen Dazs. Pick it up with both hands wipe the frost from it and give it a kiss if you wish, then gently lay it in your cart making sure nothing else will hurt it….yup it’s that good!

Here’s how you make crumble:

Preheat the oven to 375 degrees. Lay the peaches in the buttered pan. Sprinkle the 1/4 cup of brown sugar over them.

In a large bowl, mix the flour, cinnamon, and oats. Cut the butter into chunks and add little pieces to the flour rubbing them in with your fingertips until all of it has been added and the butter is in small pieces.

Stir in the brown sugar and spread evenly over the peaches covering them well.

Bake in the oven for about 45-50 minutes and the top is a golden brown with juice bubbling from the sides of the pan. Once baked, serve warm with custard or a dollop of really good ice cream on top.

* Talenti Gelato did not pay me or bribe me with free gelato, my opinions are my own and I just want you to experience awesome ice cream * 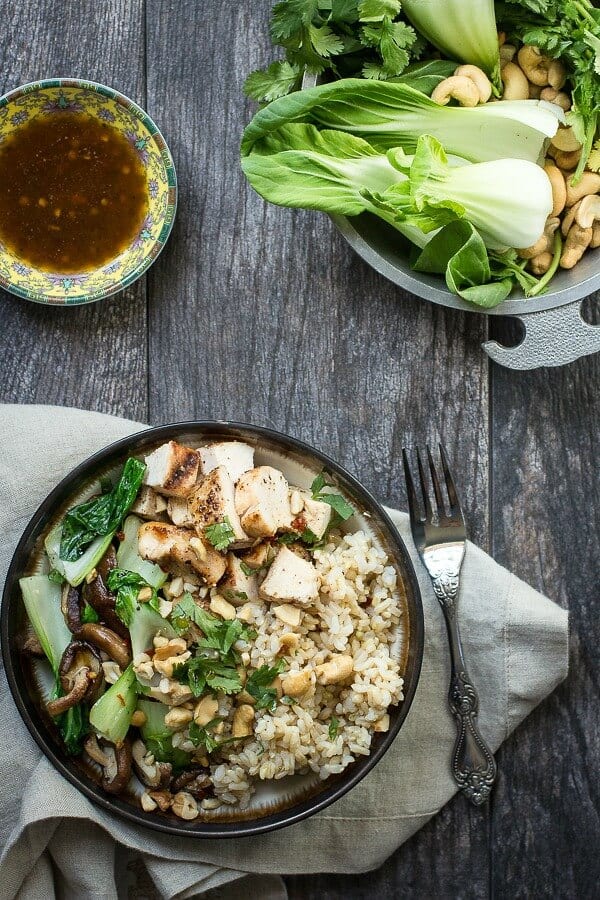 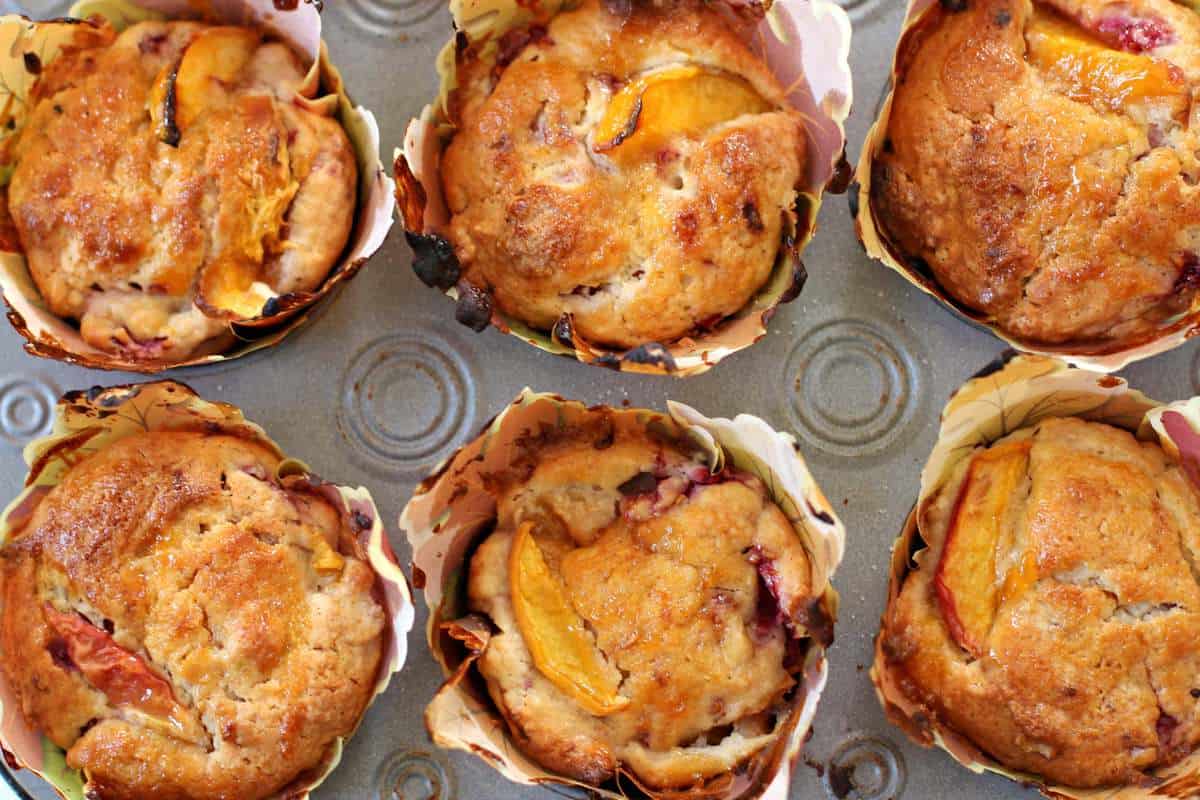 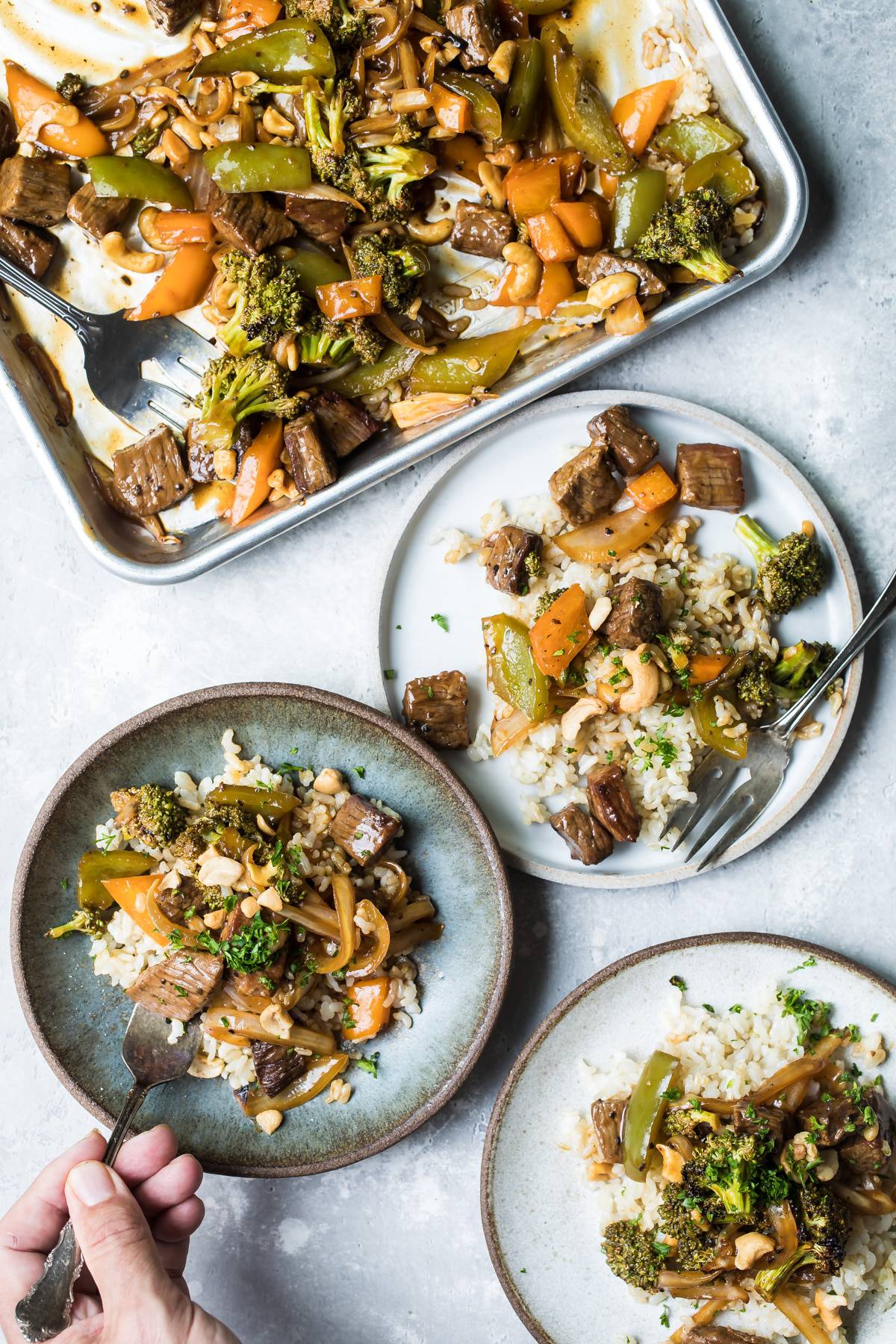