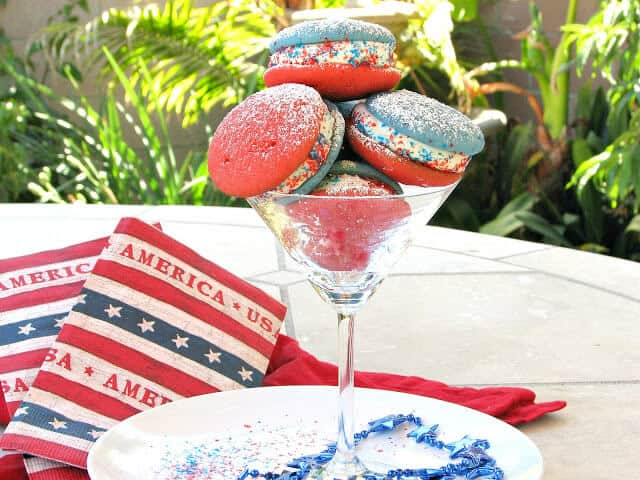 Another holiday is almost upon us and this one is a biggie. The fourth of July, Independence day is celebrated in every corner of America. We’ll  consume colossal amounts of hot dogs and hamburgers and wash them all down with beer and margaritas, I’m just speaking from experience of my own backyard frolics.

Trying to stay on schedule with the food bloggers calendar of seasonal events is no mean feat. As soon as one holiday has bitten the dust, another is right there waiting to take it’s place. Blog posts have to be done in advance as there’s just no way pictures can be taken the day of the celebrations, I don’t think I’d want to anyway. It’s hard enough for me to get some acceptable photographs with no alcohol…I’d hate to see what they’d be like after a few lemon drops!

Next up will be Halloween and then soon after that, the holy grail of food bloggers holidays, Thanksgiving   followed closely by Christmas, holy beejeeses I said the “C” word! It may only be July but December is just around the corner people…. 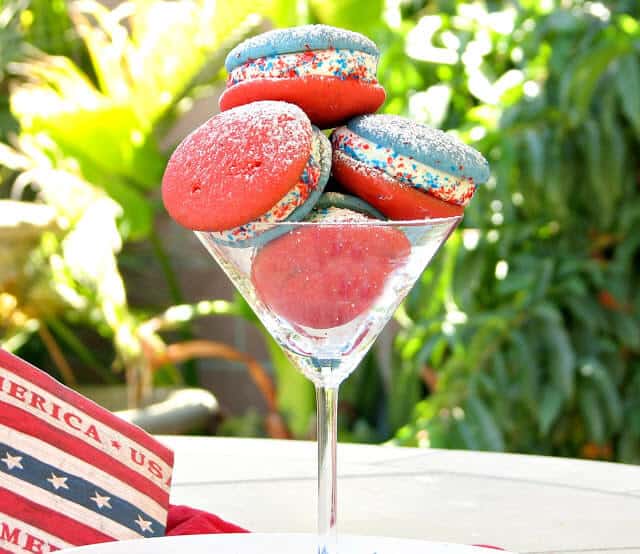 Whoopie pies, which I think is awesome to say, are like cream filled sandwiches which look like cookies but are called pies….say what?? A Pennsylvania Amish invention from having left over cake batter led to the birth of the whoopie but who ever has left over cake batter is what I’m wondering. I decided to make these for my pre fourth of July party which I had in my kitchen by myself though I will make another batch for when the real Independence day comes around next week, I don’t think these will last until then. A word of warning regarding food coloring and dying the plain vanilla whoopie cake base to red and blue. Water based food dyes are the worst, they will only color so far. For example when I added red to the batter I ended up with pink and if I had used the whole bottle of coloring they would still be pink..probably. The water based colors are good for simple projects but I would advise against them. Instead by a gel which is also called icing coloring, they are more intense and provide that deep color we all love.

Wilton make some jazzy colors and at a great price too!

Have a great fourth of July everyone, eat lots of barbecue, drink many cocktails and then sneak off so other people have to clean up!

Preheat the oven to 375 degrees and line a baking tray with a Silpat mat or parchment paper.
In a bowl mix together the flour, baking powder and salt, set aside. Beat the butter, shortening and both sugars in a mixer at high speed until light and fluffy. Scrape the sides of the bowl down and add the eggs and butter milk, mix until blended.

In a small bowl combine the milk, baking soda, vinegar and vanilla. Add half of the flour mixture to the egg batter and beat gently until mixed through.

Add the milk mixture and then the rest of the flour to the mixer. Mix until combined but don’t over mix. Once the batter is mixed, separate it into two bowls with roughly the same amounts,

Add your red icing color to one bowl and mix thoroughly with a spatula, adding more color if you think it needs it . Repeat with the other bowl adding the blue coloring. Once the batters are ready and using a piping bag with a plain nozzle, pipe the batter onto the tray. The whoopies should be about 1 1/2 inches in diameter.

Place them in the oven for about 10 minutes. Take them from the oven and let rest for another 5 minutes, when cool transfer to a wire rack. Repeat with all of the batter until it’s been used up.

Once the whoopie halves are cool, you can fill them with the cream (recipe below). Pipe a blob of cream onto a red half and top with a blue half gently pushing down until the cream gets to the edge of the whoopie. Sprinkle with some red and blue sprinkles and dust with powdered sugar. Best served at room temperature and these whoopies will stay fresh for up to 3 days in a sealed container in the fridge.

Beat at low speed until the sugar has been incorporated, add the milk and then switch to high speed. Beat until light and fluffy. Use at room temp and can be stored in the fridge in a sealed container for up to 2 weeks.