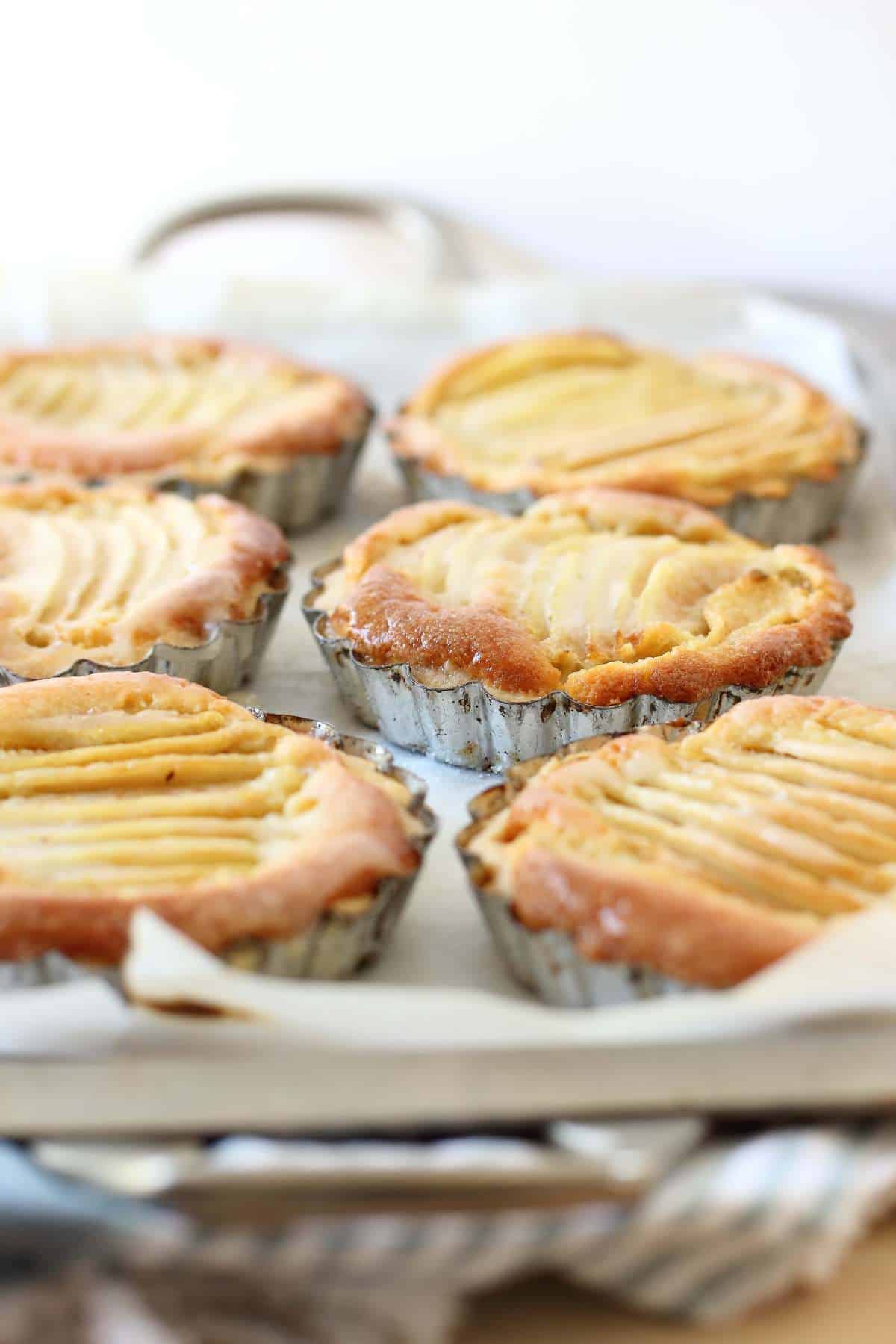 I put far too much effort into thinking of a title for this post. In the end I just called these what they are, tarts made with truckloads of butter and filled with juicy ripe slices of pear or, flaky butter pear tarts. 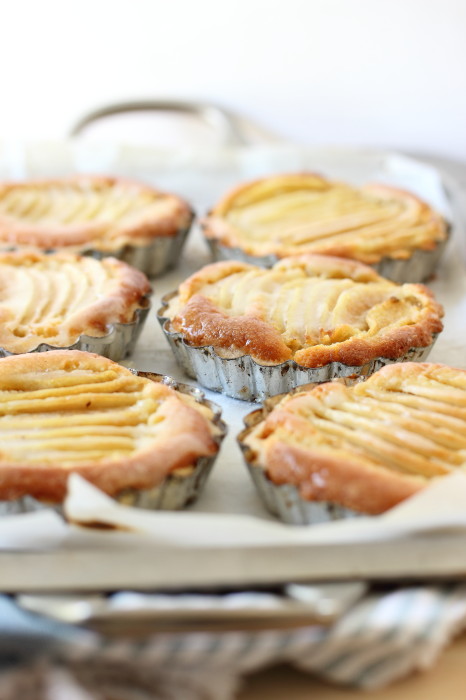 I love how the idea to make something like this came into my head. I met a friend in the store recently, we used to work beside each other for many years and I found her staring at the pears She was contemplating baking but was trying to muster up some energy I think after finishing her shift. We got talking and she gave me a great recipe for the shortcrust pastry, I had to ask a few times to make sure the quantities were correct because it sounded like a lot of butter. Well, it turns out it was right, this pastry is so flaky and light it really melts in your mouth. I know that sounds cliche but trust me it really does, no lies, pinkie promise! 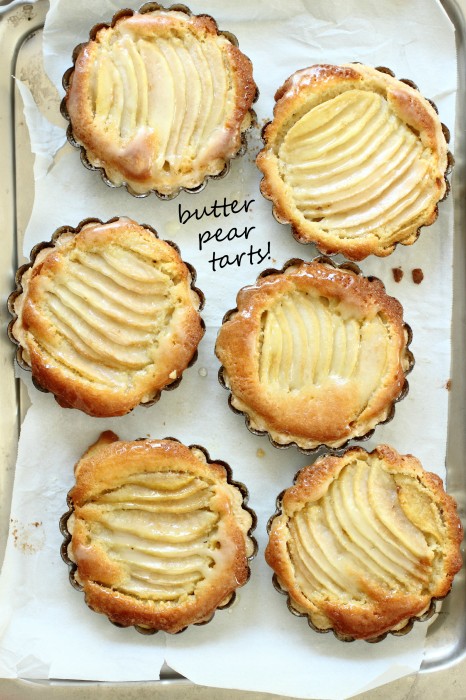 So I had the base for my pear tarts. Usually I’d have filled them with a pastry cream or pear puree, sat the pear slices on top and baked them like a traditional french tart. But to be honest, I couldn’t be bothered standing over the stove babysitting a batch of pastry cream. Then I remembered this Cherry Skillet Sponge Cake I made a few weeks ago. I loved the sponge and it worked great for that recipe but it’d be too dry for my pear tart. I had to find a way to keep it moist just like a pastry cream, but easier to make. The answer was vanilla pudding and It worked perfectly! The top became nice and crusty but the filling remained super moist and the pudding helped the flavor much more than sour cream or yogurt would have. I have to say I’m pretty proud of this one. It took me a few attempts but now the door is wide open to add other ingredients like raspberry jam on the bottom, apricots and plums instead of pears, chocolate or peanut butter. These little tarts are perfect for picnics or you could make a large version. Whatever size you make them, prepare for hero status! 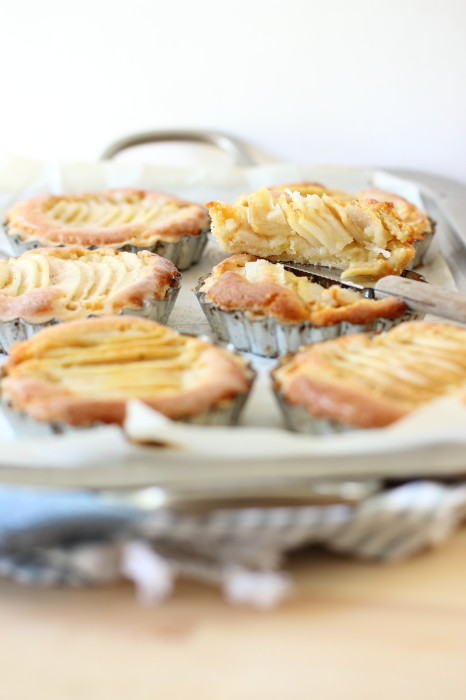 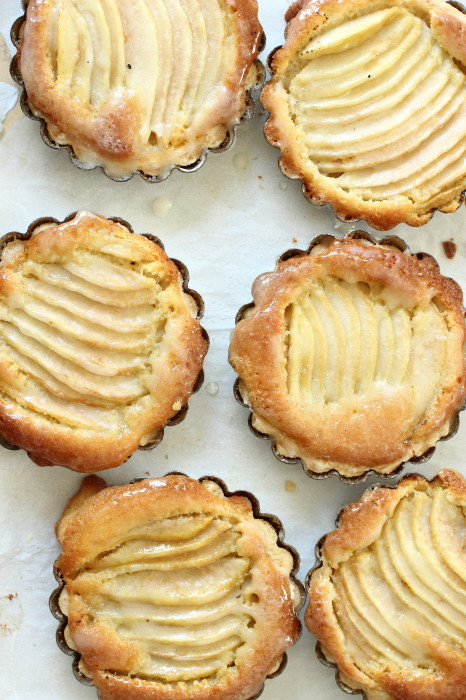 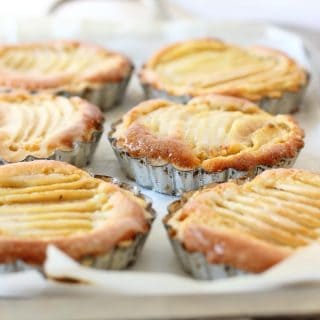 Make sure your work area is well dusted with flour when rolling out the pastry dough. Once the butter starts to get warm, it can stick to the table and your rolling pin, so work fast.
If you don't let the pastry rest in the freezer, the sides may shrink when baking. 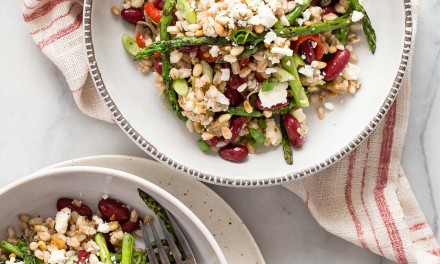 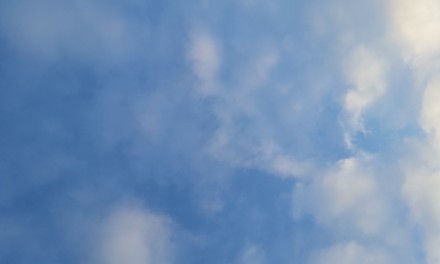 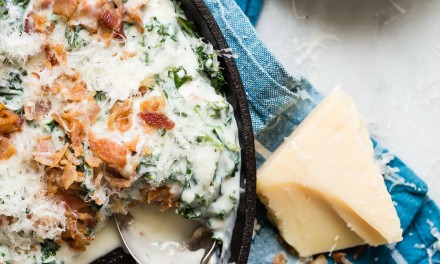 Creamed Kale with Bacon and Parmesan 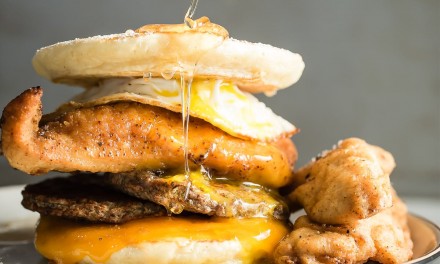