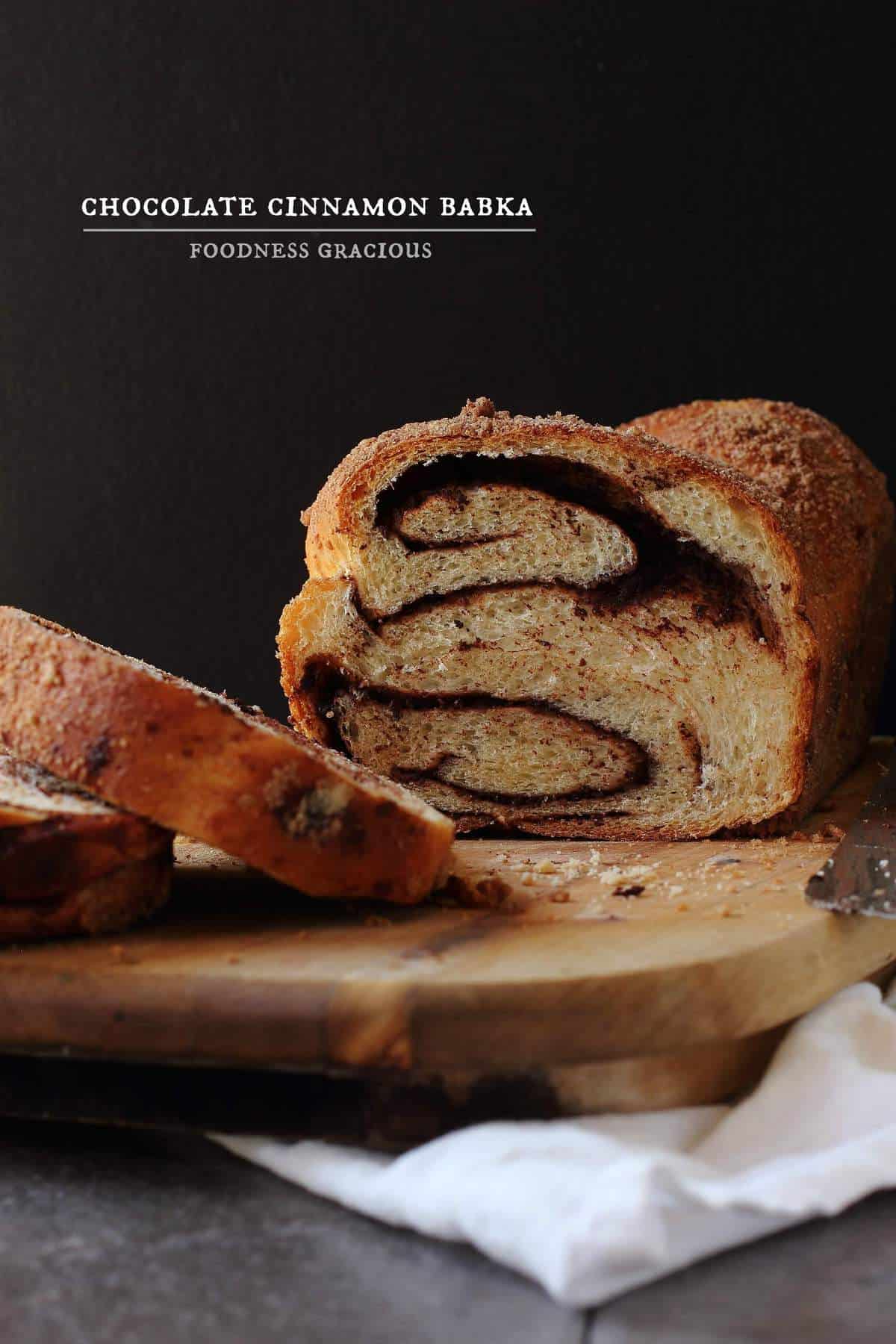 If someone wanted to give you a slice of bread that was filled with rich dark chocolate swirls and spiced with cinnamon, you’d take it. Trust me, that’s what this traditional chocolate cinnamon babka bread is all about. 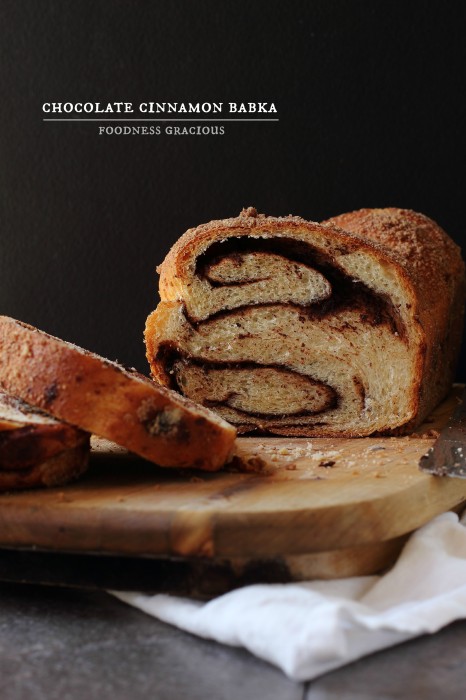 I’ve tried chocolate babka from New York and it was good…really good even after being stuck in an overhead bin for five hours. So I had something to go on before I made my own. I knew it had to be swirly and full of chocolate and truthfully, it’s not the most beautiful loaf out there but each one is so unique. There’s been a lot of debate between chocolate babka and the other one, the cinnamon babka. I couldn’t choose and ended up mixing the two flavors together.

Making babka, like making any yeast product can be a labor of love but it’s worth it. You can start this bread when you get up in the morning and have it sitting in front of you by lunchtime thanks to Quick Rise Yeast from Red Star. It can be a little messy but the worst thing that’s going to happen is you’ll be covered in chocolate which is awful…said no one ever. 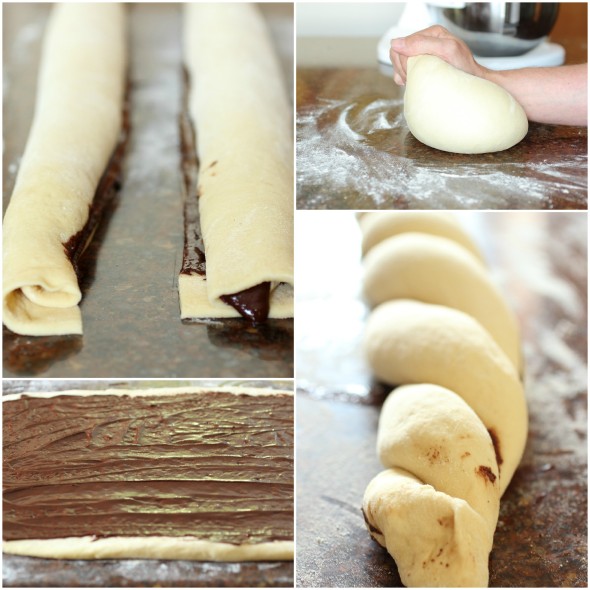 I’m always amazed at how fast the quick rise yeast works. I’ve used it for all of my yeast products and never been disappointed. I think a lot of people shy away from working with yeast because of the time involved and watching the dough rise. It’s not like making a cake where you mix it, throw it in the oven an 25 minutes later it’s right in front of you. Making bread is such a cool experience though and even my daughter knows when I have dough rising, and she’ll give the bowl a big sniff. If you hit a problem, make sure to check out the troubleshooting guide Red Star provide, but most of all just enjoy what you end up creating. Very few times will something happen that your creation will be completely inedible. 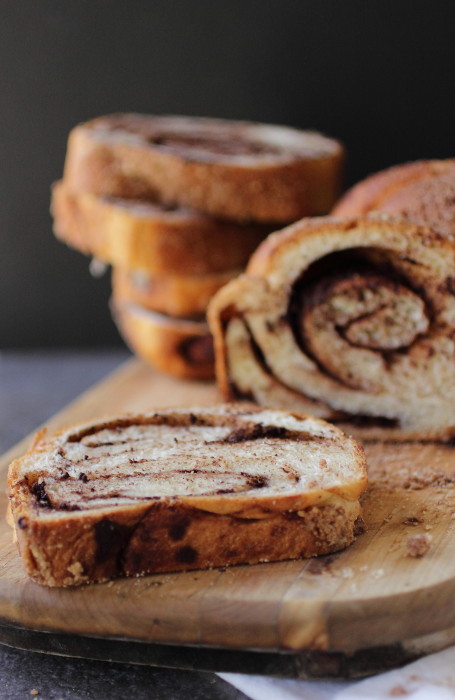 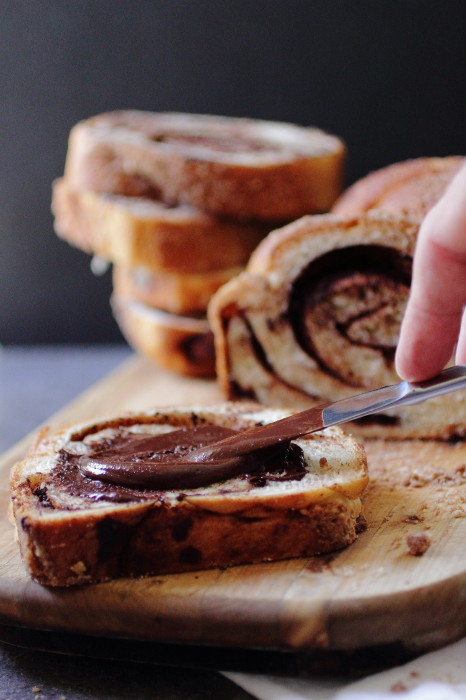 This is a sponsored post on behalf of Red Star Yeast. Compensation was provided although thoughts and opinions are always my own! 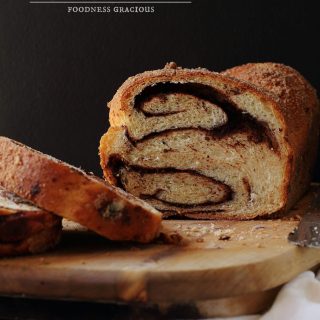 If you don't have two loaf pans , these can easily be baked on a cookie sheet pan.
Use a serrated knife for easier slicing.
The babka tastes great toasted and spread with some butter or cream cheese