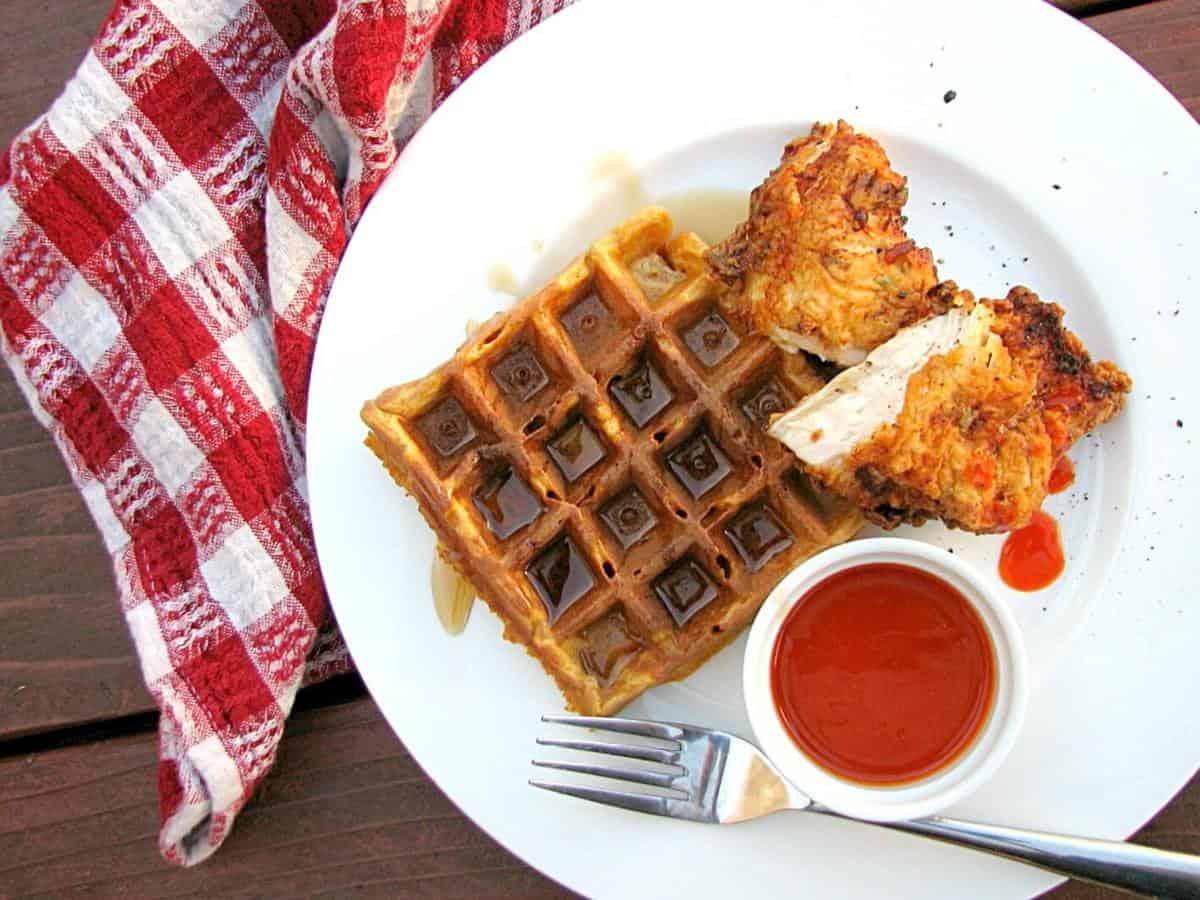 I love fried food. I mean, who doesn’t even just a little bit now and again? Growing up back in Scotland I ate a lot of fried foods but it was food which was meant to be deep fried. From the famous fish suppers consisting of a whole fish sitting on top of a mountain of homemade chips to the misunderstood haggis these are some of the things at the very top of my to do list whenever I pay a visit back home. Lately though people have started to get a little wild on the fried items and every summer at the local faires you can taste fried Kool Aid, Ice cream or practically any type of candy bar which will fit on a stick. To me that’s a novelty idea for frying but not really for taste.

This blog post is about fried chicken, something I’m really particular about as I don’t like the skin on a chicken and find that most fried chicken I’ve ever eaten has been fried with skin still intact resulting in a thick greasy mass of fat. Hey I didn’t say this was a healthy post but I still like to skip the skin and get a good crunch before biting into the juicy white meat. Yeah that’s another thing I’m not keen on is dark meat. Wow, I can hear some of you say lighten up Gerry, quit your whining and just eat the damn chicken. I saw the recipe in this months Bon Appetit magazine and along with about five hundred other dishes in the magazine I knew I had to make it. 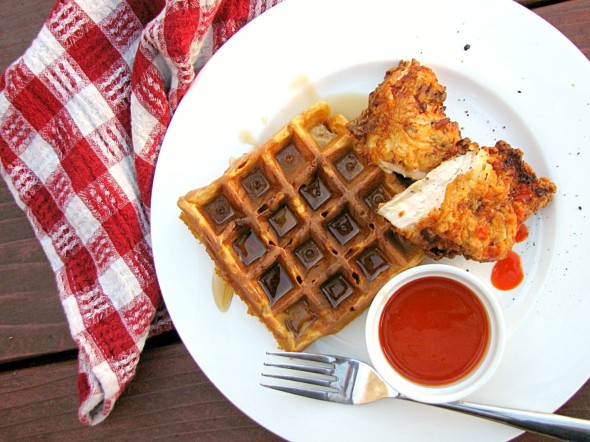 This recipe was a lot of work and half way through making it I thought this better be good or I’ll be grumpy daddy at the dinner table, especially as I had to make it with a two year old clinging to my leg (literally) every where I went in the kitchen. I’m glad to say after all of the effort that went into it the result was a really tasty and interesting blend of flavors liked by everyone at the table. The chicken was partnered with sweet potato waffles which were awesome and could stand on their own at any breakfast time but the chef who thought about these flavor profiles was really smart and adding hot sauce and maple syrup just pushed the dish to the max, It was sweet and salty with a good kick of heat and completely messed around with my taste buds leaving them yearning for more. The chicken batter was crunchy and held tons of flavor and actually tasted great being mixed with the maple syrup. This was a dish I will definitely make again and remember, don’t forget those fantastic waffles for another breakfast day.

If you ever make something from Bon Appetit you have the option to submit your blog post on their web site and if your lucky they might feature it along with a few others. This happened recently with a previous post of mine, my Caramel Budino. Check it out…

Tommorow is the last day of my bake sale which is a fundraiser for my daughters diabetes walk team. The sale will end at 10pm PST. At that time I will be emailing the winners for their address so I can pass that information on to the baker. Theres still time to check out the post and bid on the amazing display of treats from my awesome fellow bloggers!