Don’t you just love it when March peeks it’s head out from the calendar. It’s presence brings with it thoughts of spring and daffodils, frisky lambs and….wait, back up. Actually March is well known for two things, My birthday and St Patrick’s day. Vats of green beer and giant leprechaun top hats are in abundance for one day of the year and where you become the dumb looking one if your not wearing some kind of whacked out green shirt.

I do have a soft spot for St Patrick’s day and all of it’s cheesiness. I’ve been lucky enough to celebrate in the heart of Dublin many times where it’s just a huge party from morning until… well morning again. Many great memories are stuck in my head including the time I met my wife in March 1999 during some rowdy Irish dancing in a Dublin bar. A long story for another day! 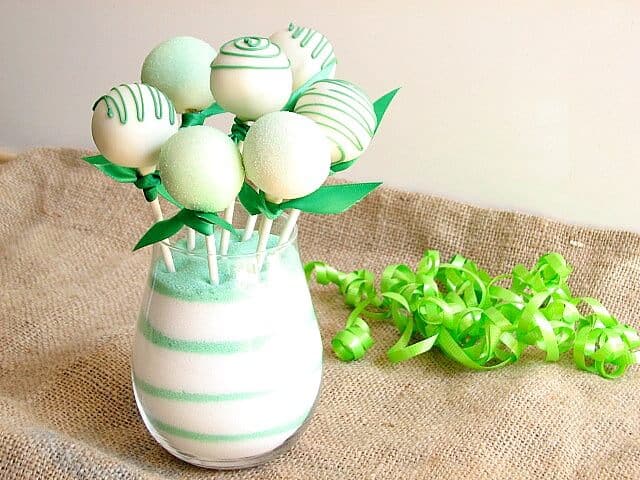 Cake pops, you know those persnickety little balls of sweet dough which take forever to make! I just can’t seem to find any shortcuts with these guys. It’s the tedious dipping which makes me practise my foreign cuss words out loud. If anyone can shed some secret tips I’d be forever grateful and maybe I’ll send you a bunch, maybe. 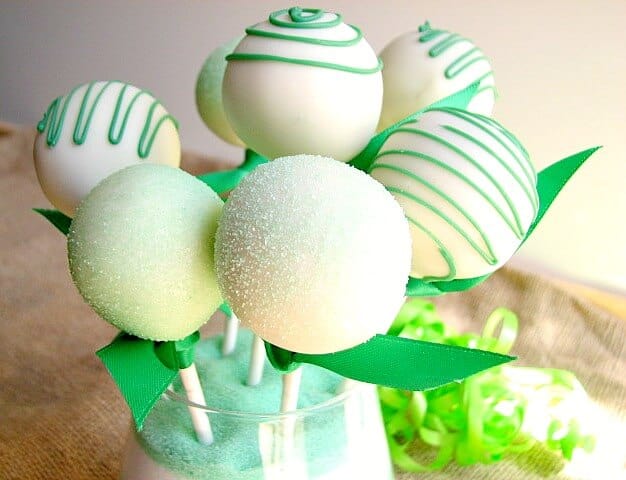 I made the cake of these pops kinda by mistake. I was trying to make these chamomile cupcakes for another post and silly me thought it’d be okay to use mini cupcake liners in the pan. Herculean baking fail when every cupcake stuck to the pan. I gave up trying to coax them out with a knife and just tore at them with my bare hands whilst repeating as many F’ bombs in different languages as I could. Packed away in a Tupperware and thrown in the freezer for another day.
I was super proud of myself because I actually went back and used them as opposed to finding them in the freezer two years later sitting beside the pumpkin soup which has been there for about two years. 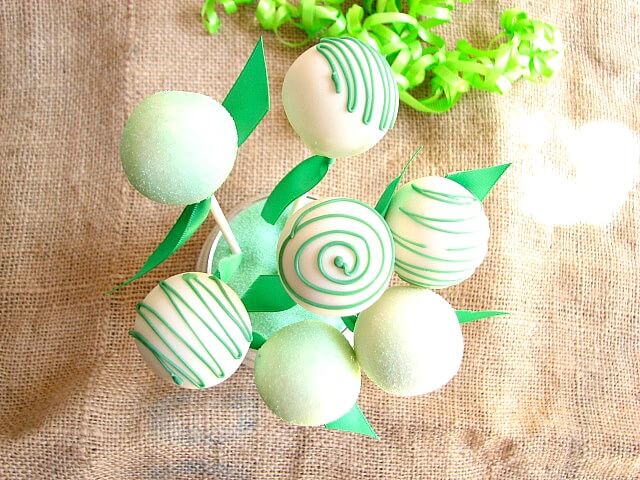 This has to be the easiest recipe ever. Make any of your favorite cake mix from a box and after it’s baked, crumble the whole thing.

Add enough frosting to the cake crumbs so that you can roll it into tight balls like a snowball and then freeze for an hour or so.

Pierce each ball with a lollipop stick and dip in melted white chocolate, let dry.

Color some of the white chocolate green and decorate each cake pop.

The cake recipe was originally from Joy The Baker.