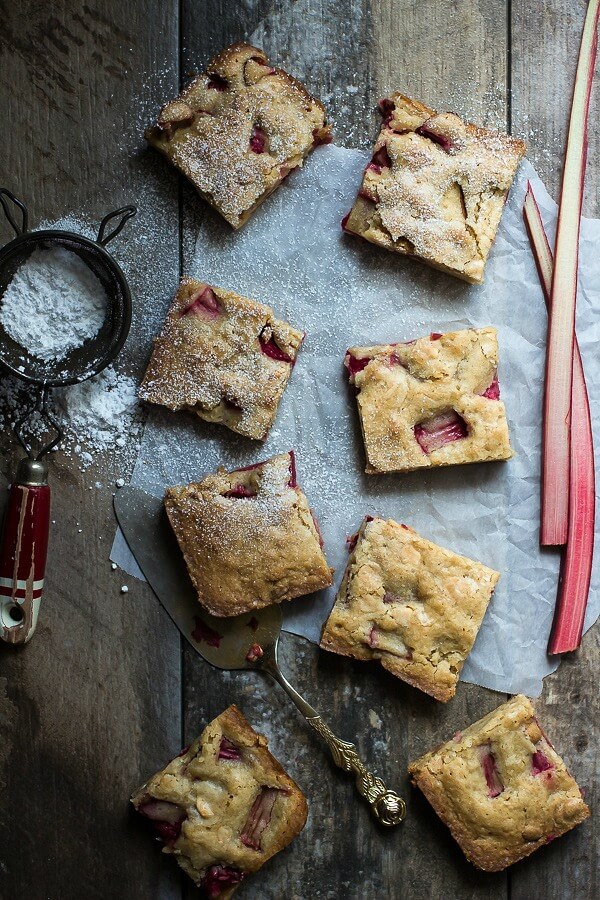 My last post began with an apology of sorts for not posting a sweet recipe in a while and being all up in a serious relationship with some veggies and a few salad leaves. Well, I hate to disappoint anyone so today I made you blondies…with rhubarb and white chocolate! 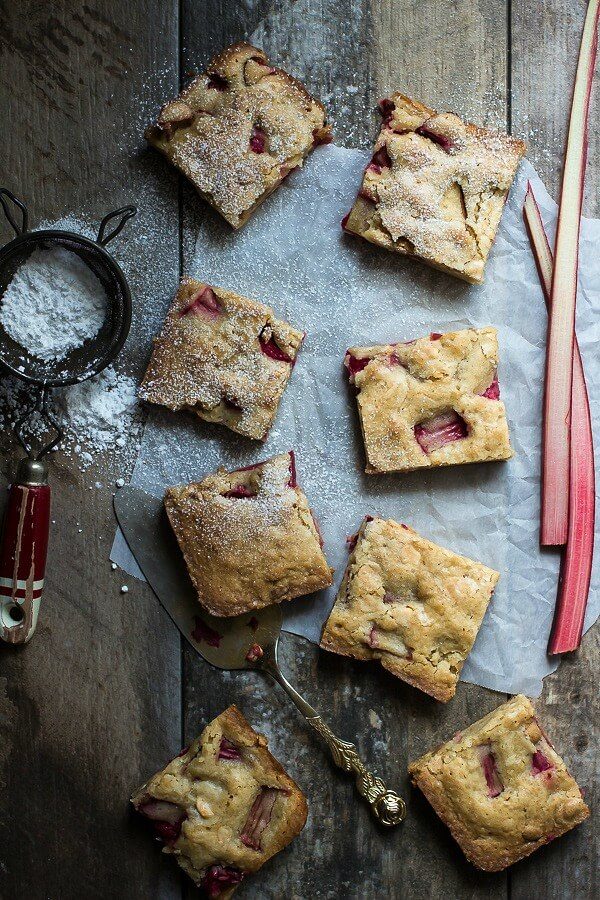 There’s not even one ounce of guilt in me because rhubarb is still a vegetable guys, for real! This opens up a whole new idea box of savory rhubarb eats. The white chocolate not so much and then there’s that whole argument about it not being real chocolate. So basically todays post is about a vegetable disguised as a fruit and cocoa butter parading shamelessly as real chocolate. are you as confused as me yet?

Let’s just talk about these blondies that I can’t take any credit for. I was searching for a blondie recipe years ago and found this one on Smitten Kitchen. Deb calls them “Infinitely Adaptable” and they really are. I’ve used her basic recipe and thrown all sorts of extra ingredients in to the bowl with success every time. What you end up with is a soft, moist blondie that’s not too sweet and slightly crunchy on top. 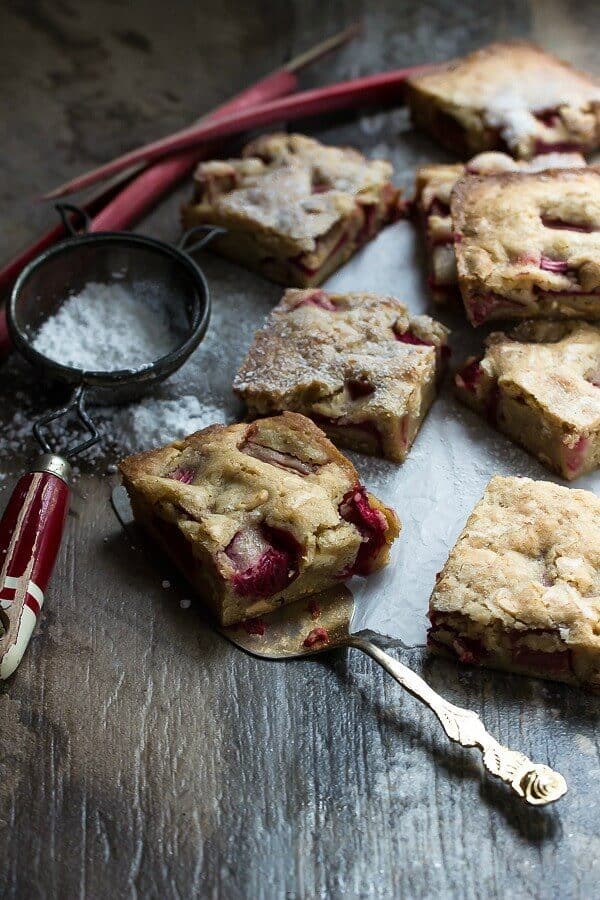 Because I’m ultra-happy to see rhubarb season beginning, it seemed like the perfect blondie add-in and what’s a blondie without some kind of chocolate (I said some kind, not necessarily real) Take a batch of these to the office and become a hero for the day, people will bow to you. 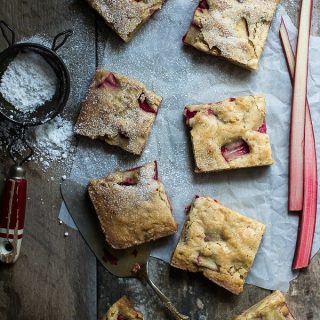