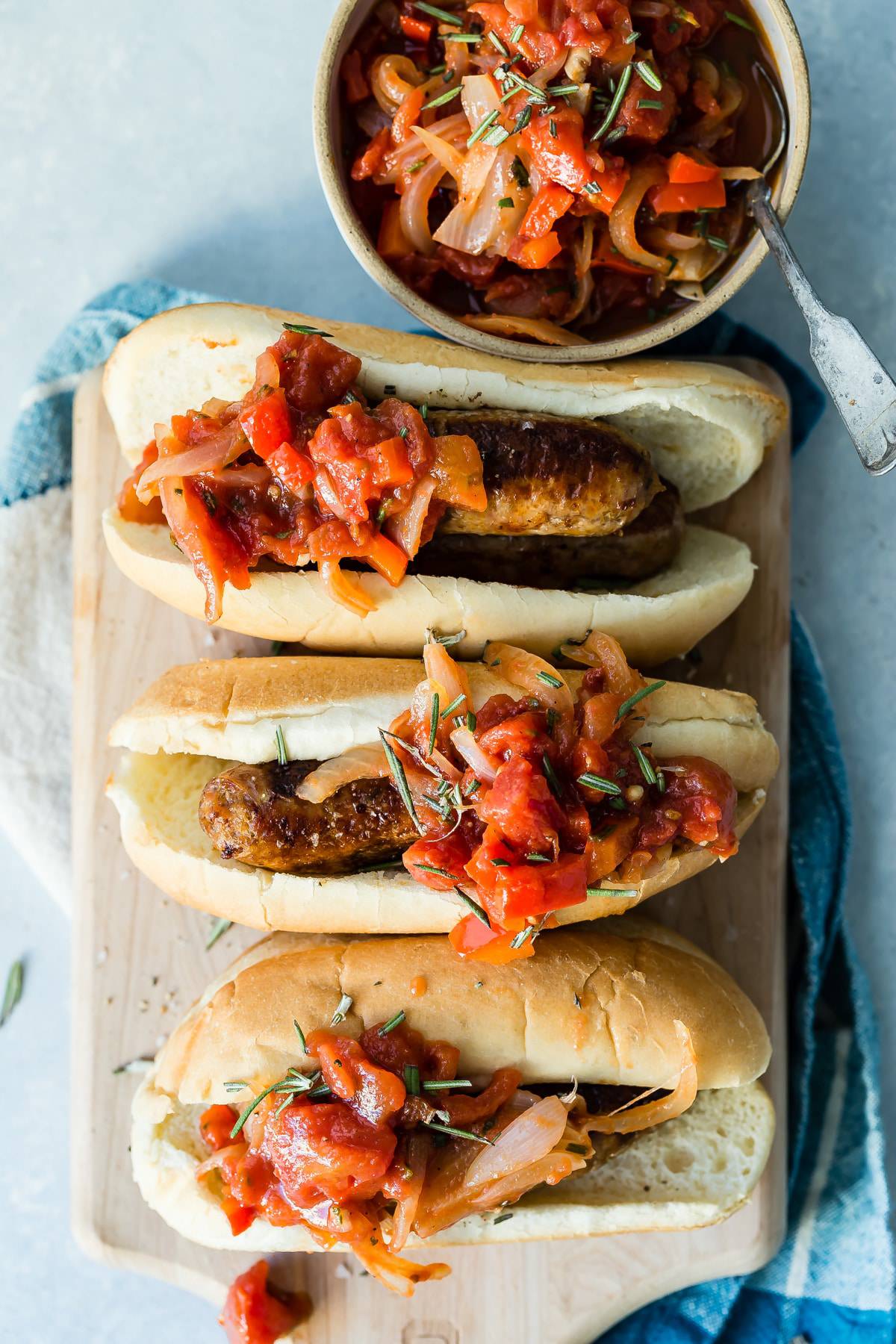 This post is sponsored by Holland House Cooking Wine. 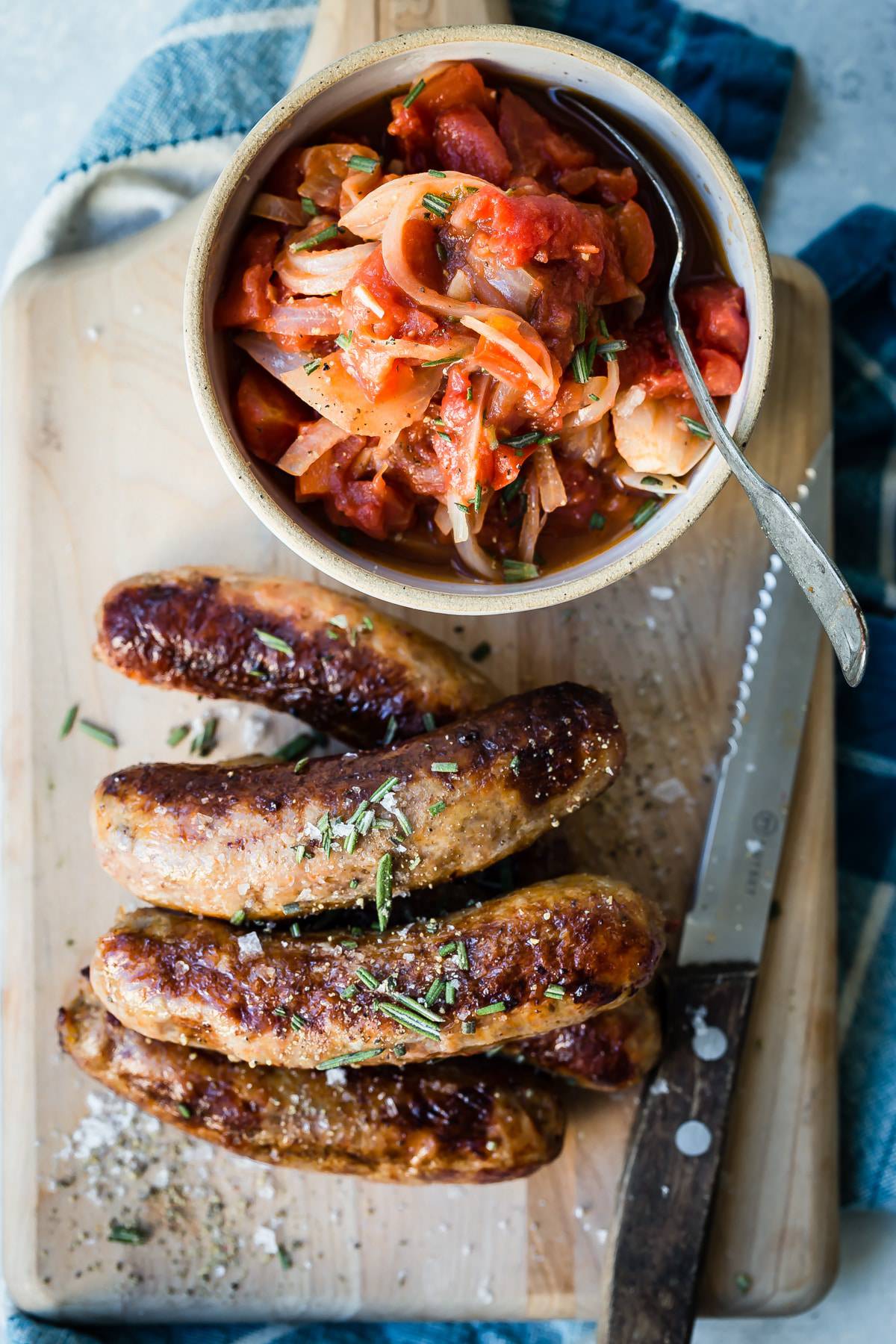 The sandwich is probably one of my most favorite things to eat. Usually, every lunch I have will be something wrapped or stuffed in bread. They’re easy to eat, filling and I love getting a taste of everything in one bite.

You’ll need some extra napkins for this loaded sandwich though because it’s stuffed with a hot Bratwurst sausage and the piled high with a sweet and spicy red pepper onion chili relish.
And it’s that relish that makes this sandwich what it is. Don’t forget the bratwurst though, because they’re easily a favorite also for me. I like to sear them in a pan and then roast in the oven for a nice crispy outer layer.

The red pepper onion chili relish is perfect for adding to the brats. The secret is cooking it low and slow while the brats are in the oven, and also maybe due to the fact that I added some Holland House Sherry Cooking Wine. The wine cooks down but leaves that really subtle but sweet sherry taste. I have to confess to inhaling one of these sausage loaded buns over my kitchen sink, after I shot them, only stopping to use a napkin at the end. I was the only person in the house but the dog was looking at me strangely, or maybe he was just waiting for something to drop!

These would be great for summer cookouts but they’d also make a really awesome comfort style winter sandwich. Pair them up with a dark German beer and get the word out that Friendsgiving sandwich style is about to begin. 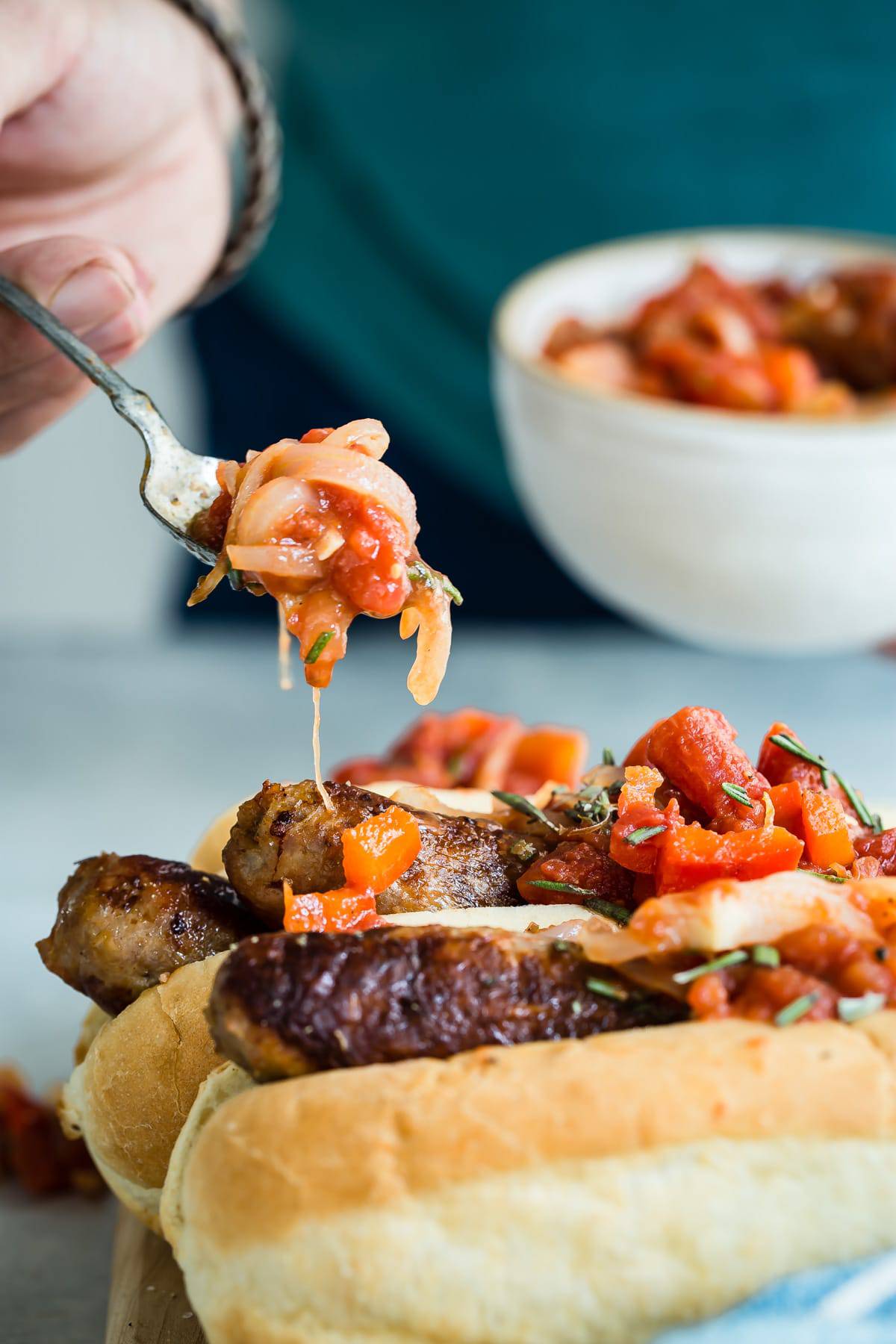 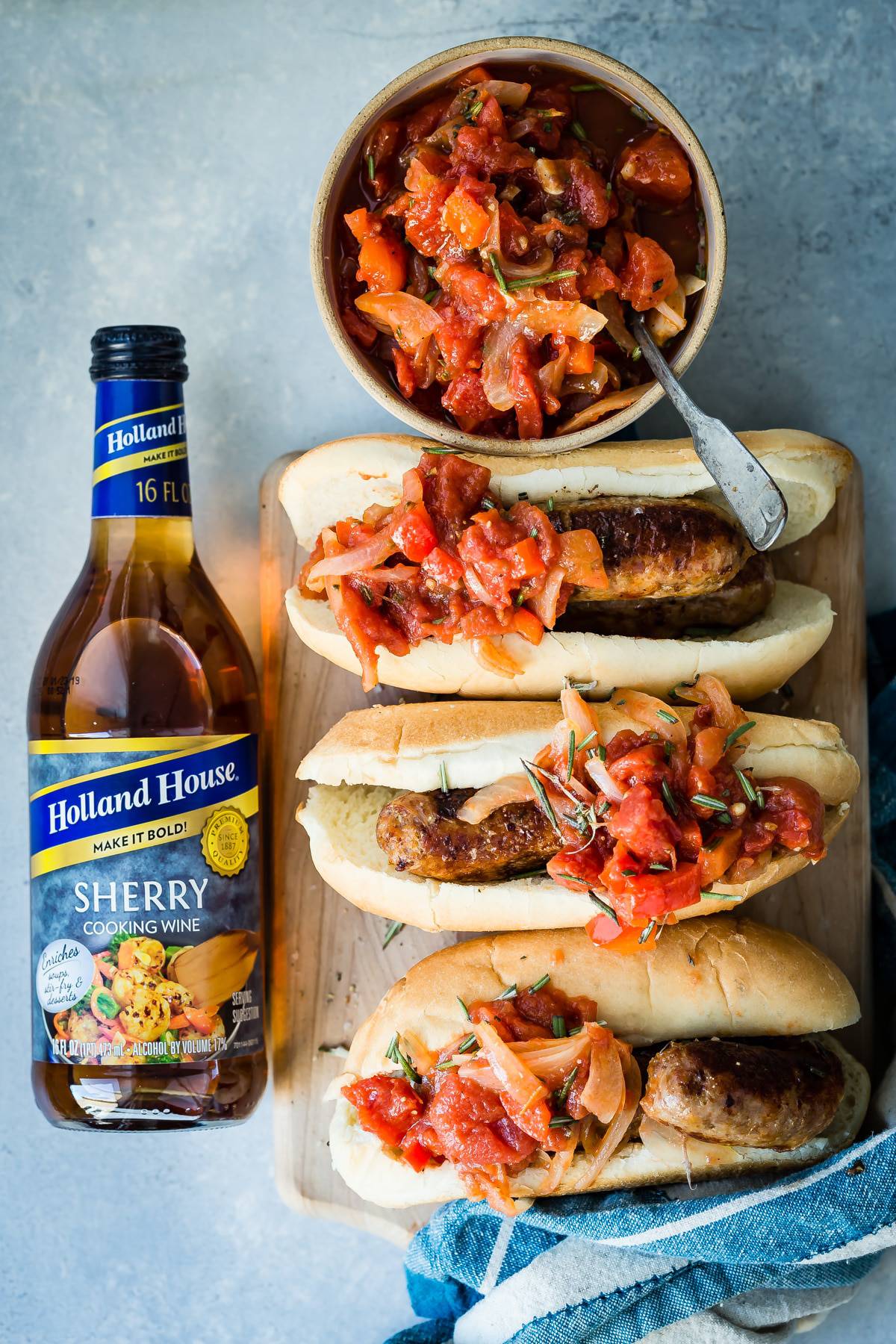 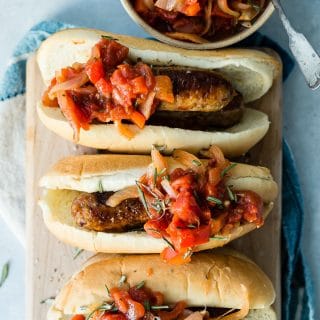 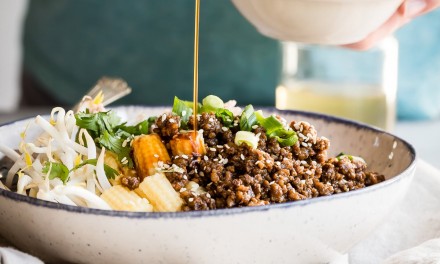 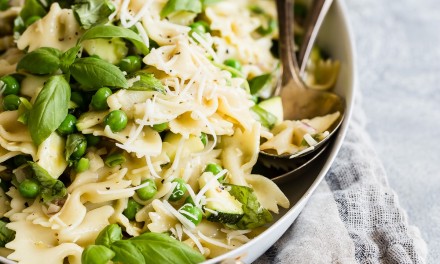