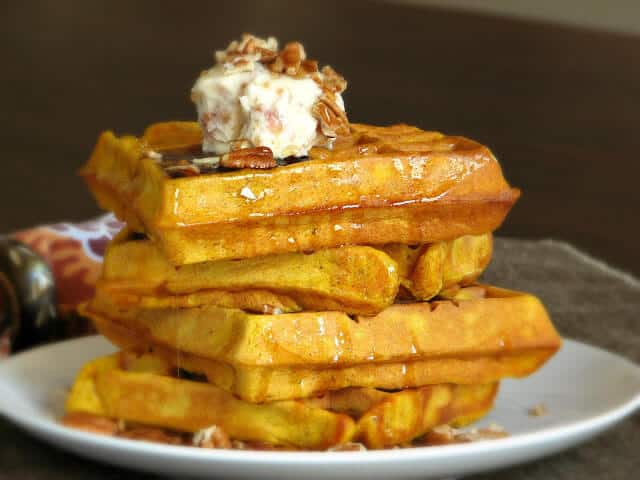 I did it….. I couldn’t hold off any longer on the pumpkin post, as soon as people start talking about the summer being over and kids going back to school the “P” word is everywhere. I’m not complaining though, I love pumpkin and everything it’s used for, I always think that it should be a year round product but then it wouldn’t feel special when fall rolled around. A sure sign that fall is really officially here comes from Starbucks and their pumpkin spice latte. This year will be the eleventh year of selling the cult drink and many parts of Europe will get to taste it for the first time. As much as I love pumpkin, you probably wont see me drinking one of these. I’m not a foo-foo coffee buyer, I’d much rather just add more espresso to it and be done.

Pumpkin waffles are nothing new, in fact I think most recipes have been touched by the orange fruit at some point (yup, It’s a fruit) but I thought I’d kick these up a bit by plopping a blob of bacon and maple butter on top. This was the deal sealer, I mean come on…bacon butter would make an old shoe taste hot!  It was sweet from the maple syrup meeting salty bacon bits and the two of them were having an awesome time dancing around in my mouth! The flavors from the waffle were also at the same party- cinnamon, cloves and ginger were gettin’ groovy with the pumpkin. Ahh good times…fall is here. 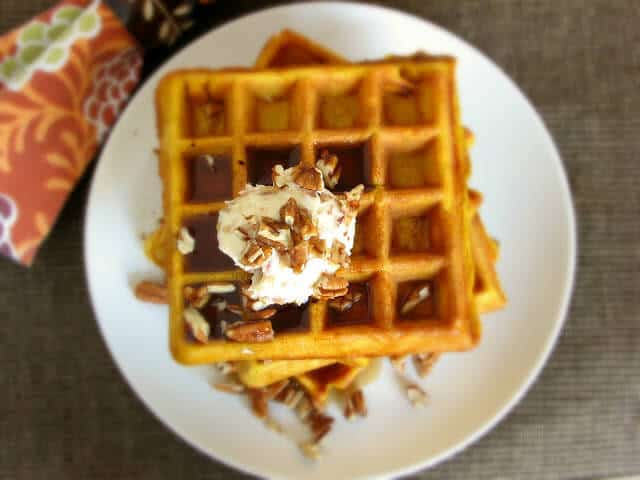 For The Bacon Maple Butter–

In a stand up mixer, beat the butter and chopped bacon until combined. Add the syrup and mix well.

Transfer to a small dish and keep in the fridge until ready to use.

For The Pumpkin Waffles–

Whisk the eggs in a large bowl. Add the milk, buttermilk, pumpkin and butter. Whisk until smooth and well blended.

Whisk in the dry ingredients until just smooth, don’t over work it.

Brush the waffle iron with canola oil or spray. Pour enough batter onto the waffle plate and spread to fill the space. Close the waffle maker and bake until golden and firm.

It’s a good idea to keep a tray in a warm oven and transfer the cooked waffles to it while you keep filling the waffle maker.

Serve warm with a scoop of bacon butter on top and drizzled with extra maple syrup. 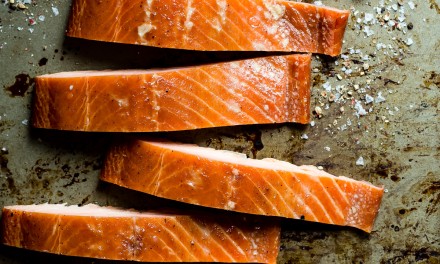 Hot Smoked Salmon and a trip to Cordova Alaska 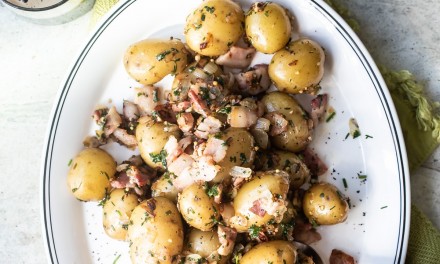 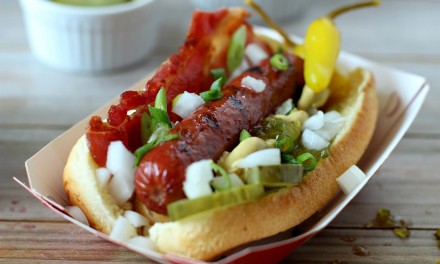