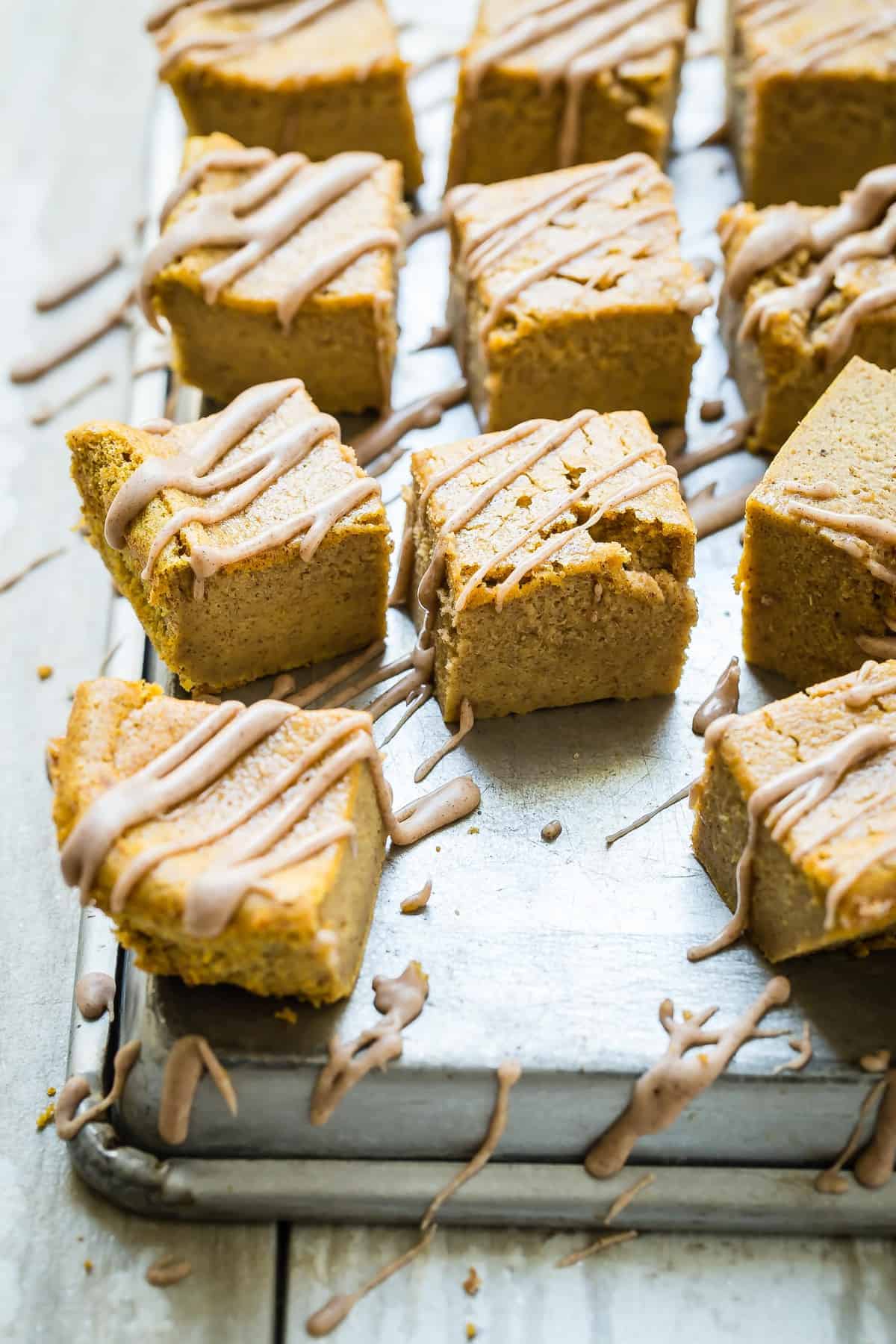 Creamy Pumpkin Magic Cake topped with a pumpkin spice icing drizzle. This is a great make-ahead dessert for the holidays! 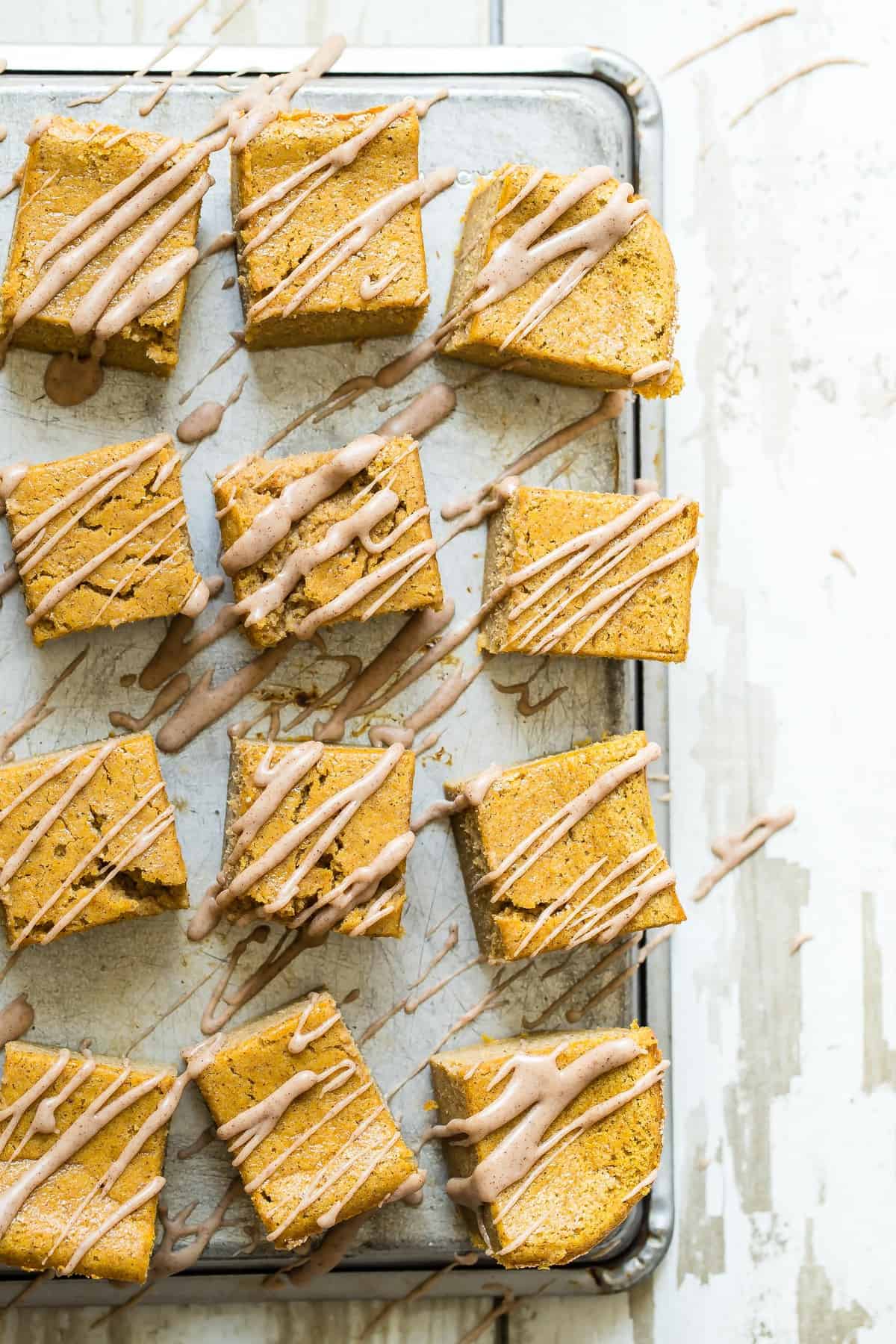 September is in the house, and brings with it spices, apples, pumpkins and lattes. I can’t think of another recipe I’d rather make with pumpkin, and start a new season, than a Pumpkin Magic Cake recipe. If you’ve never met the magic cake, then first pop over to Todd and Diane’s place from White On Rice Couple and see how I found out all about it.

Growing up in Scotland, we never celebrated Thanksgiving, or fall for that matter. So when I came here and found a season combining all of my favorite spices, I was like a pig in mud!

My mom did make a really fantastic sticky gingerbread loaf and I’d slather slices of it in butter, but no pumpkin pies or cheesecakes.

I am definitely a bar over a cookie kind of guy, so anything like brownies or blondies may be swiftly sent my way. When I first saw the magic cake recipe back in March, and read that it’s squishy like custard but firm like a bar, a little like a flan, with a cake-like top, I knew it had to be made.

I didn’t just want to make the same as Todd and Diane’s though, so I made this Chocolate Guinness version, appropriate for St Patrick’s day! 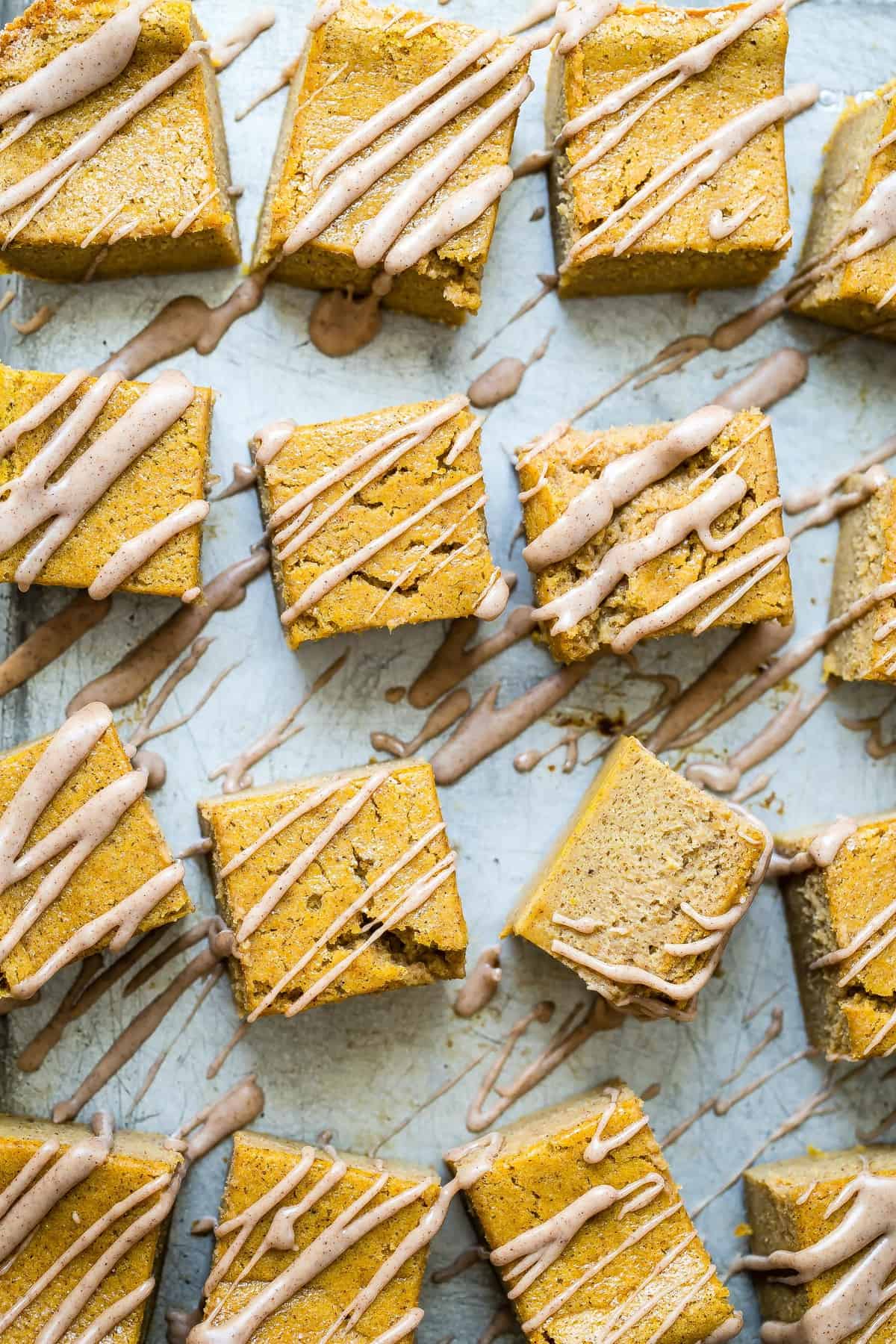 Success…it tasted great and would like to add that it’s not too sweet. I began to think that this magic cake could be twisted into almost anything. After making some pumpkin gingersnap ice cream last week, I had some leftover canned pumpkin and my first thought was to try and turn it into a magic cake. After doing a quick Google search, all I could find was plenty of pumpkin cake and a whole lot of stuff about My Little Pony and a magic pumpkin. I may have to claim my pumpkin magic cake as the first. I think my next version will be a pecan pie magic cake…watch this space! 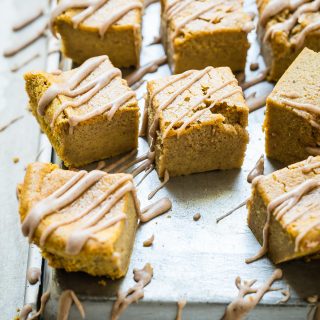 For The Glaze Topping

The cake will slice better after being in the refrigerator. It is also best served at room temperature. Adapted from White On Rice Couple, http://whiteonricecouple.com/recipes/magic-custard-cake/