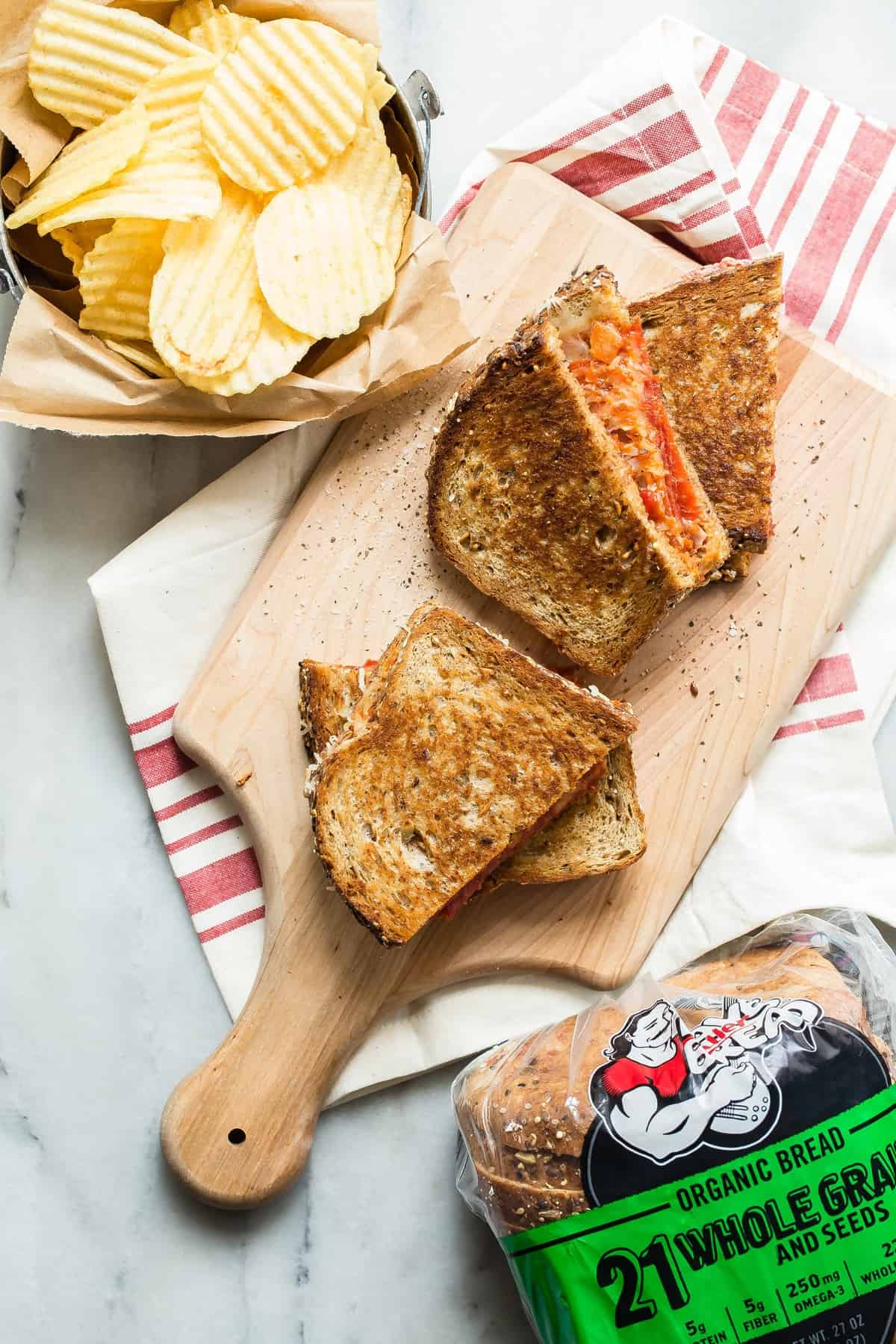 A unique grilled cheese sandwich that tastes exactly like pepperoni pizza but made with Dave’s Killer Bread, 21 Whole Grains and Seeds.

Coming from a bakery background I really appreciate a good loaf of bread. Sadly some bread’s just don’t cut it because whoever is making it would rather sell it cheap than use quality ingredients which might push the price up a little.

Thankfully we still have true “breadies” like myself and Dave Dahl, the guy responsible for < arel=”nofollow” href=”http://www.daveskillerbread.com/#first-slide”>Killer Bread.

Dave and his team are now pushing out 15 different types of bread and that makes me happy! I’ll be completely honest and say that I did pause for a second when I first discovered Dave’s Killer Bread because it is more expensive than others. But it’s sooooo worth it, and it lasts longer and stays fresher than other chunky breads I’ve bought because of the dried cane syrup and cultured wheat, both organic.

There’s no way you won’t like this bread. I promise. 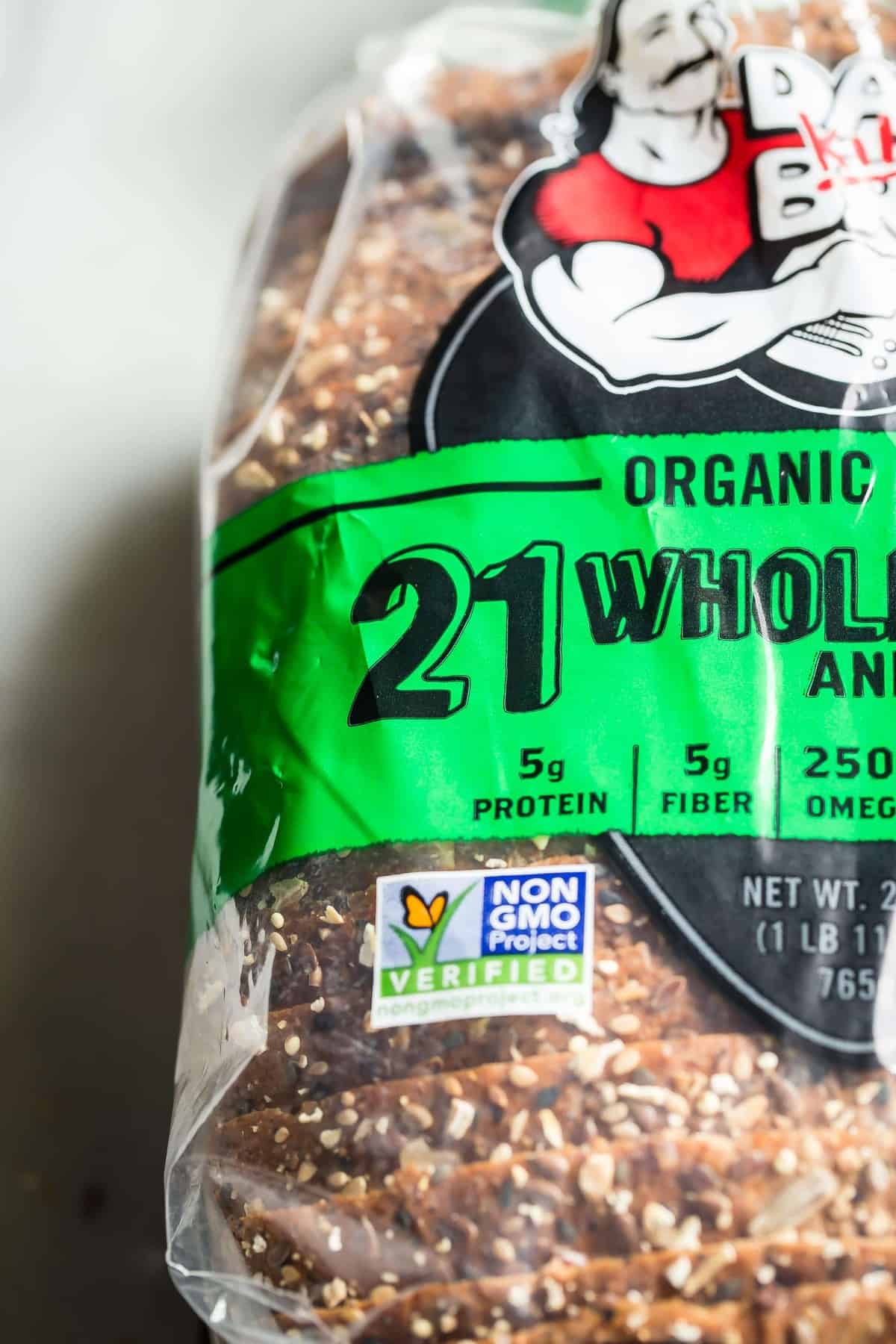 I was asked to take part in a Dave’s Killer Bread challenge. Make a lunch time sandwich in the time it takes to listen to one of my favorite tunes.

So easy, I thought.

Until I decided to make my sandwich toasted.

No worries though because if it’s my favorite song, I’d play it on a loop, right? 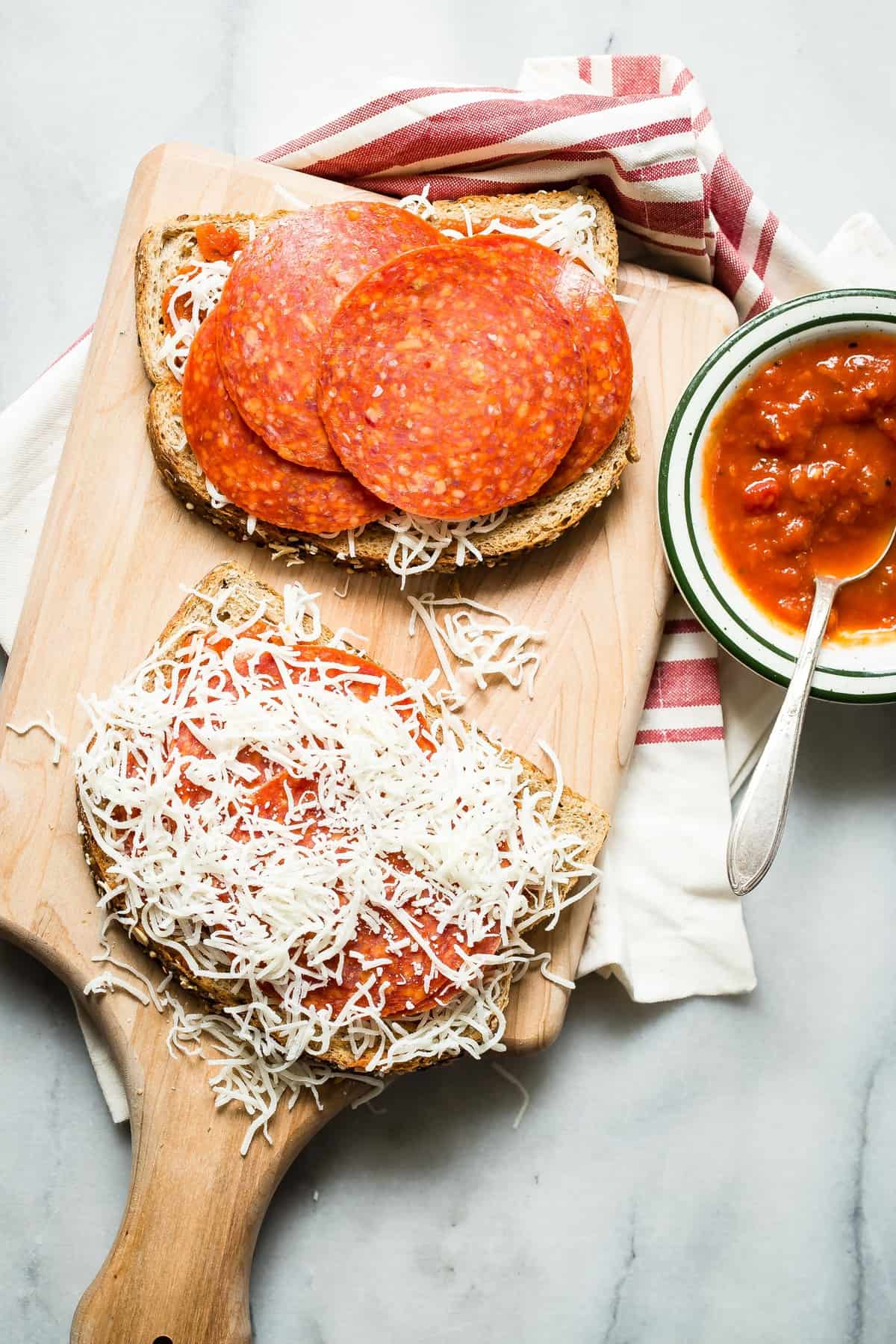 My song that I listened to was, “Where The Streets Have No Name” by U2. This is a song that takes me back to some great days in the eighties, I mean come on, who doesn’t like the eighties and U2 are one of the best bands in the world, then and today.

Check out the video below, shot in 1987 when the band decided to shoot a video on top of a liquor store in downtown Los Angeles. You can hear the actual footage of the police and officials trying to shut the them down.

I remember seeing the whole thing happen on the news, and who knew I’d permanently move to the area 13 years later. Watching that video gave me goosebumps.

The song was about 4 1/2 minutes long. My sandwich took about another minute longer to have the mozzarella be perfectly melted and gooey.

Two slices of Dave’s 21 Whole Grains and Seeds. Spread some marinara sauce on each side and stack with pepperoni.

This has the potential of being a lunch option for back-to-school. It might not be warm but cold pepperoni pizza is a thing, right?

Leave me a comment and tell me what you listen to in the kitchen! 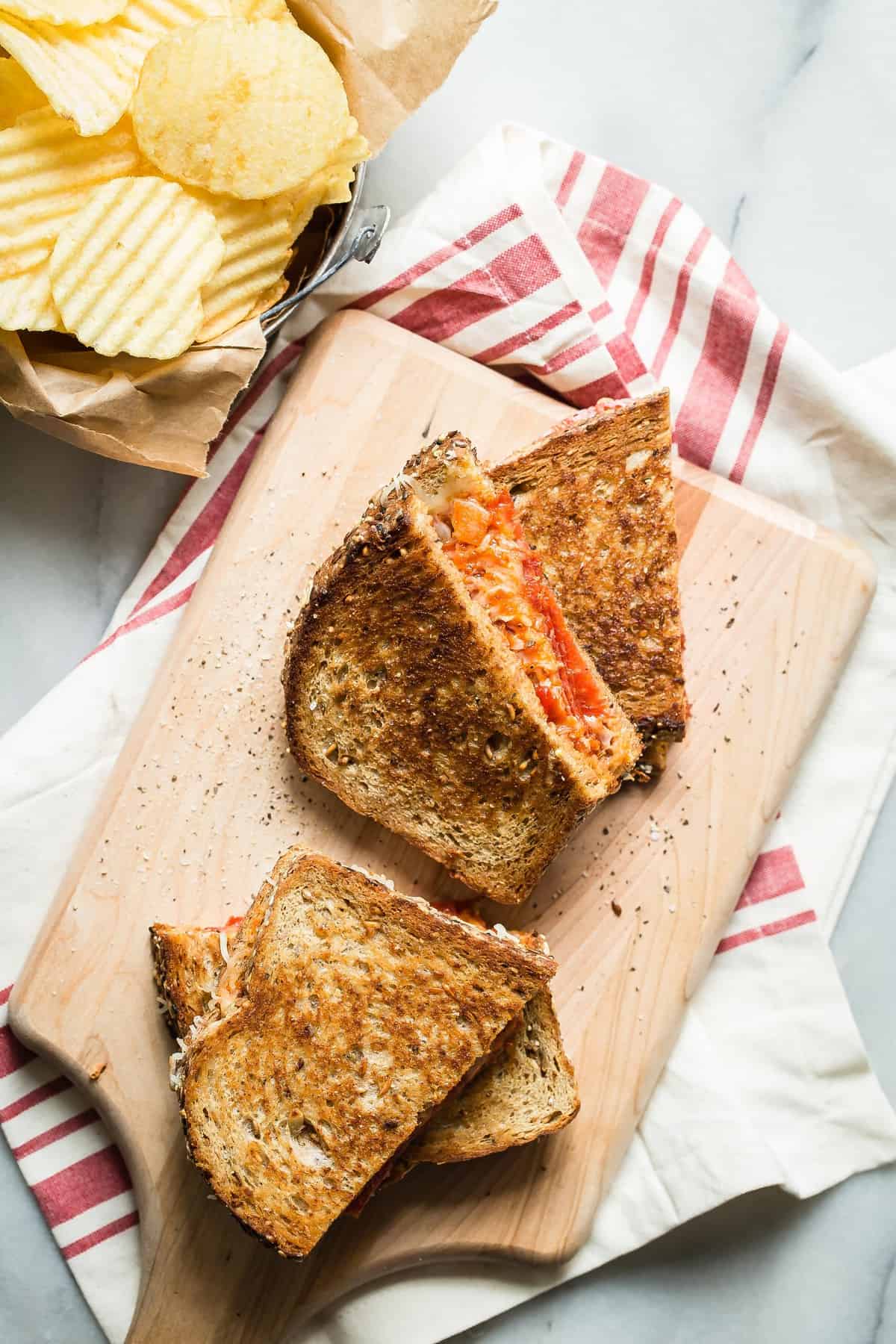 This is a sponsored post for Dave’s Killer Bread. All text and opinions are always my own! 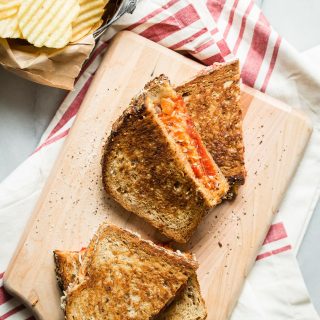