And so the meyer lemon marathon goes on. If your new to this story, I was given a bag of Meyer lemons from a friend and they’ve lasted me longer than I thought they would. So far I’ve made lemon and blackberry scones, lemon panna cotta and this lemon pucker pie and I still have four left! I was all ready to make lemon bars this morning but after seeing a tweet about today being National Pie Day the decision was made for me, lemon meringue pie. Well the decision was made for about two minutes because after searching through “The Pie And Pastry Bible” by Rose Levy Beranbaum (an awesome pie cook book) I saw the recipe for this pucker pie. It was the word pucker that caught my eye, I like my citrus desserts to be really tart and give me a good pucker and who doesn’t like that word, pucker..pucker..pucker.

The difference between this pie and an original lemon meringue pie is that the meringue is folded into the lemon curd and then baked as opposed to the meringue sitting on top of the curd like the more traditional pie. I must admit to giving this recipe a raised eyebrow after reading through it and even more so when it cam out of the oven. I wasn’t sure how well it would cut or if it would just sink and be a runny mess. It just didn’t seem like it was going to have any foundation like a regular pie. Sometimes I over think recipes but I needn’t have worried about this puckered up pie. Once it had cooled for just over an hour I cut a slice for the photographs and it was awesome inside. Easy to cut, no sinking and no running and the taste was indeed nice and puckery, I was well happy.

The ingredients are simple and I even used a store bought pie shell, heck the author even states that a good brand of commercial lemon curd can be used (11oz jar will be perfect) I chose to make my own curd though, come on, with all of those amazing Meyer’s it would be criminal not too but making the curd is definitely the most tedious part.
As I said before, I have four lemons left and lemon bars are one of my favorite treats so I think those will be next although I just had a craving for a lemon martini, any good ideas? 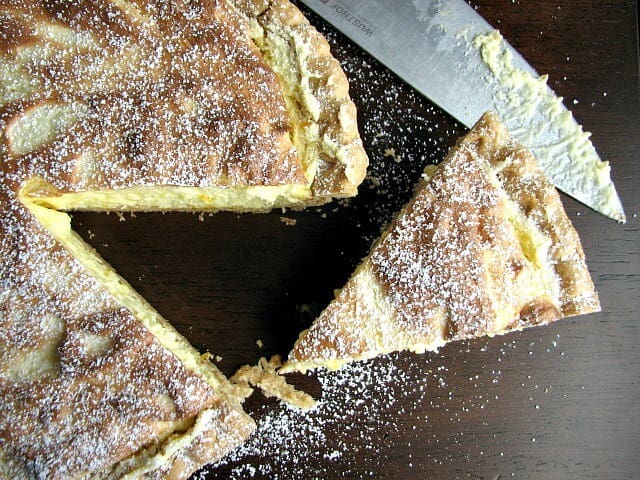 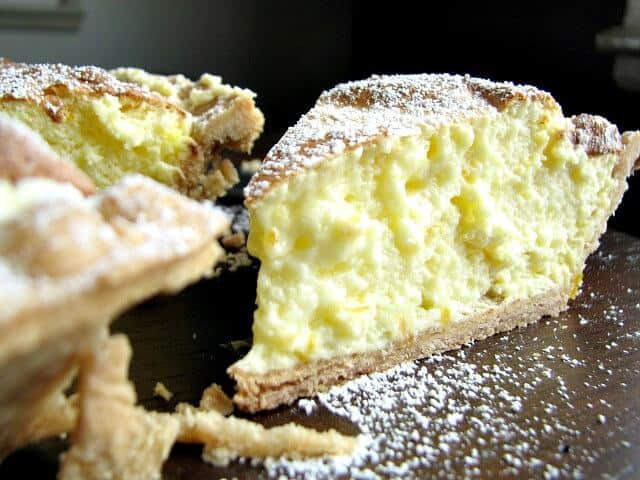 Here’s the recipe courtesy of The Pie And Pastry Bible:

Preheat the oven to 425 degrees and pre-bake the pie shell for about 8 minutes. When it comes out of the oven gently brush some of the first egg white all over the base of the shell. Turn down the oven to 375!
Put the egg whites into a mixing bowl and beat until foamy, add the cream of tartar and mix until soft peaks appear. Gradually pour in the reg sugar and beat on high until all of the sugar is gone and stiff peaks are formed.
Add the meringue to the curd and fold in gently until it’s all incorporated. Pour into the pie shell and spread around until even. Bake for about 20 minutes and the top is all golden. Let the pie cool for at least 1 hour and then slice carefully with a wet knife. Dust with powdered sugar and prepare to be puckered.

In a saucepan beat the yolks and the sugar until well blended. Add the lemon juice, butter and salt and cook over a medium heat stirring constantly. Don’t let it boil or it will curdle and the zest will hit the fan! Keep stirring until a thermometer reads 196 degrees. You’ll see it become opaque and it will thicken quite a bit, keep stirring!! When it reaches 196, push it through a strainer and then add the zest. Let cool and then use as above. Use all of it which should be almost a full cup, mines was a smidgen from a cup but it didn’t affect the pie. 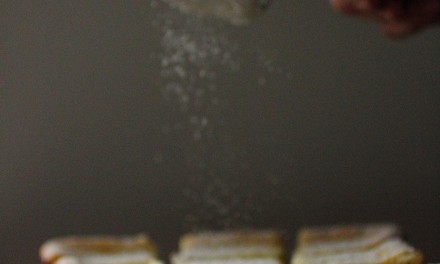 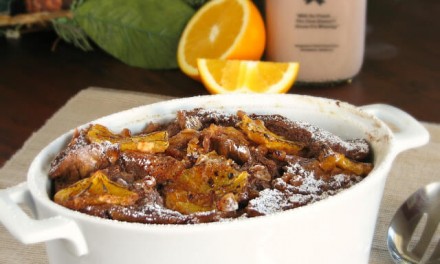 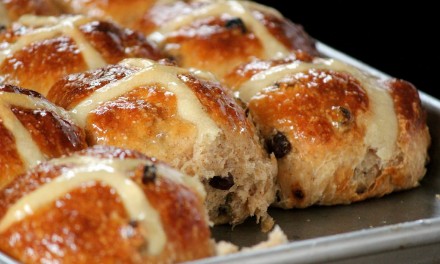