Chocolate, bacon and peanut butter. Three things you might take to your desert island, or pack into your emergency disaster wheelie bin survival thingy?

Not me, I made macarons…Chewy and sweet and salty these French oral taste bombs totally worked. Making macarons scare the beejeezies out of me but this is the second batch I’ve made in a week and although the feet could be a little bigger I’m well chuffed with the results. I baked the bacon until super crispy and then buzzed it in the food processor, you want it to look like those weird bacon bits you can buy in a container only a little finer.

Once you’ve mixed your macaronage fold in some of the bacon crumbs and pipe your shells as you normally would. I used about half a cup but wish I’d used more, the bacon taste comes through very slightly at the end. I added peanut butter and some more bacon dust to some leftover chocolate butter cream from my festival shenanigans last weekend (scroll to the bottom) and the mac was finished. 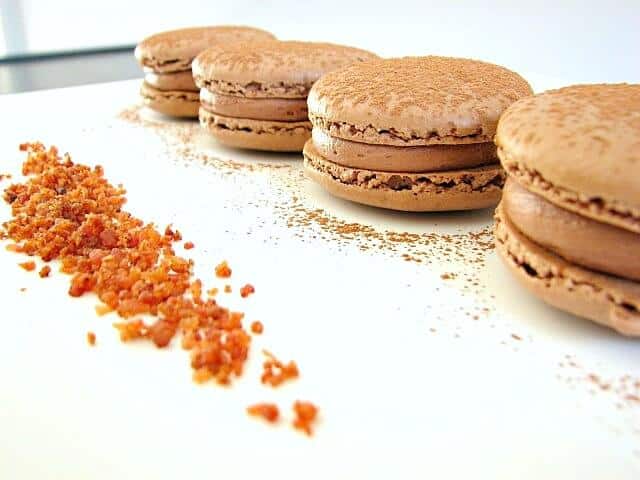 Put the bacon in the food processor and grind to a fine crumb, set aside.
Sift the confectioners sugar, cocoa powder and the almond flour in a bowl. Whisk the whites on medium until they get foamy, add the cream of tartar and mix a little more.
Add the sugar gradually and when all added crank up the mixer to high and whisk until you get stiff peaks. Take your bowl with the dry ingredients and add to the egg whites in two stages. Start folding the mixture with a large flat spatula gently turning about fifty times. Finally fold in 1/2 cup of the bacon crumbs.Transfer the mixture to a piping bag with a half inch plain tip and start piping onto a parchment lined cookie sheet. I piped to about the size of a quarter and then drag the tip to the edge quickly to avoid leaving a peak on the macaron.
Once they are all piped, leave them sitting at room temp for at least 45 minutes until you see them become dull and dry on top. Preheat the oven to 375 degrees. Bake for about 15 minutes turning once after 5 minutes. Leave to cool for a couple of minutes when they come out of the oven and then gently lift the whole paper sheet from the tray to your counter or a wire rack to cool.

Have your filling ready and fill once they are cool. I used this chocolate butter cream and added 2 Tbsp of peanut butter to it. I’d half the recipe as it makes a lot of frosting. The macarons can be kept in the fridge in an airtight container and actually taste better the next day.

I also wanted to share a story from last weekend. I entered a chocolate festival here in Long Beach and Zoikes….. I came in first in my category, which was cookies and brownies and also scooped best in show! Two trophies came home with me and I sleep with them every night, not really they’re too poky. My entry was good old fashioned chocolate brownies which I adapted from my recent Joy The Baker book review. The recipe is awesome to begin with but with a few modifications I pulled the judges into chocolate euphoria, hence the trophies!

The festival happens every year in Belmont Shore and is organised by The Belmont Shore Business Association. Most of the local restaurants will present awesome chocolate treats to the public in exchange for pre-bought tickets. It’s a great day for all chocolate lovers.

Here’s me pictured with Dede Rossi, Executive Director for The Belmont Shore Business Association. Many thanks to the judges and everyone involved with the competition, 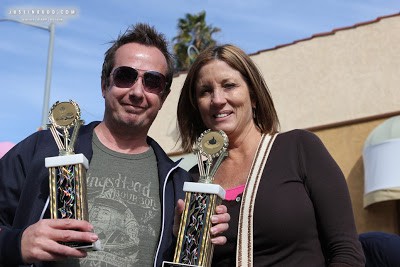 These are the brownies which catapulted me into stardom, well in my house anyway.. Thanks to Justin Rudd who was one of the judges and is responsible for the awesome pictures. 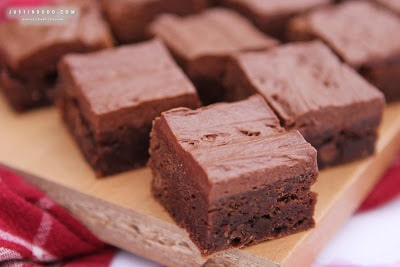 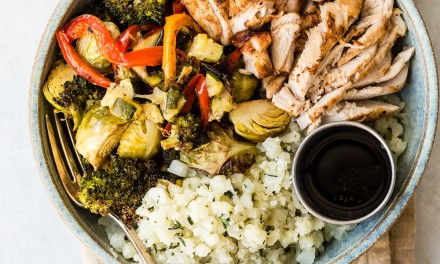 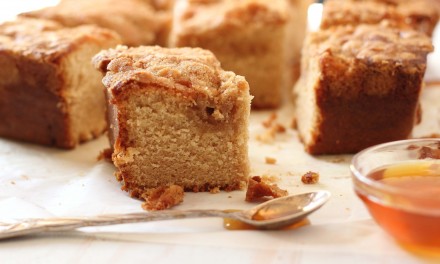