Homemade Apple Cider is so easy to make and tastes soooo much better than store-bought, I promise!! Make a huge batch of this and store it in the fridge for the whole week, if it lasts that long.

There are a few signs of Christmas that you can always rely on, like Christmas trees popping up for sale and houses in the neighborhood being covered in lights. But you’ll never miss the giant stack of apple cider on display when you walk into any store after December 1st. That’s the official word!

It’s that cloudy brown liquid made from fresh apples and kept unfiltered so it isn’t as pure as regular apple juice. And can we talk about the spices that are added, giving the cider the familiar spiced taste we all love! Whole cloves, ground allspice and cinnamon sticks are left steeping in the apple juice turning it into the drink we all love to sip on when you’re freezing your butt off at the Christmas parade! This recipe is a family one, coming from my wife’s Mom who made it when her kids were young too! Sometimes the classics are the best. Regular apple juice is warmed in a pot with some orange juice concentrate, honey, cloves, allspice and cinnamon!

Is apple cider the same as apple juice?


Apple cider is less processed. The pulp and juice are still a part of it after squeezing. Imagine a very runny applesauce and that’s why you can see more of the cloudy versions of apple cider in stores around the holiday time. Apple juice is usually completely filtered and most of the time pasteurized to increase shelf life.

How long will my apple cider keep fresh for?

This recipe makes a lot so you can either make half or go big and store it in the fridge for all of December, but I’m not sure it’ll last that long! Bring the whole mixture to a low simmer and cook for about 15 minutes. That’s it, but make sure to let it completely cool before sealing and storing it in the fridge. The flavor will just get better the longer it sits in the fridge.

Does apple cider have any alcohol in it?


Absolutely not, but I can see why people might think it is. After all it has the word “cider” in it. Alcoholic cider is called hard cider which is a fermentation process that apples are put through just like how grapes become wine. Feel free to add a splash of Bourbon or Whiskey into your apple cider though!

Which spices are best to use?

I used cloves, cinnamon and allspice. Between them they create the perfect combination of taste and smell for fall recipes including fall baking like this Apple Cider Honey Cake!

Can I warm my apple cider?

Yes, that’s probably most peoples favorite way to drink it. You can bring it to a slight simmer in a pot or easily use a microwave before transferring it to a travel mug or large coffee cup. Garnish with a few slices of fresh apples and a cinnamon stick.

This is a very simple recipe but great to make in a large quantity! Just place all of the ingredients into a large pot and bring to a low simmer. Pour the cider through a sieve to get rid of any cloves or pieces of cinnamon stick and serve warm. You can refrigerate any leftovers and also drink it cold. 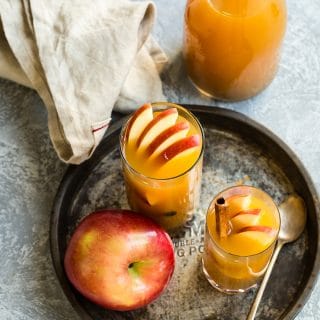 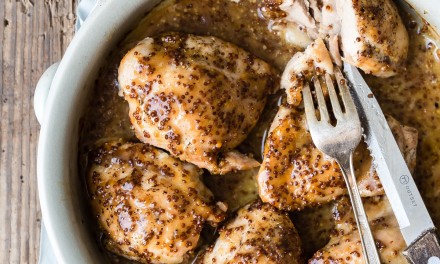 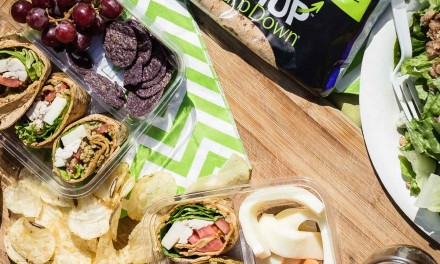 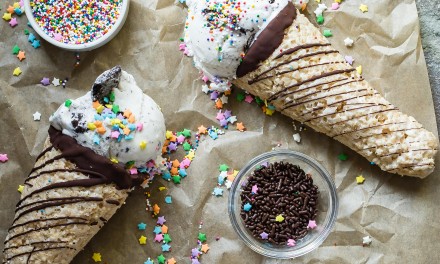 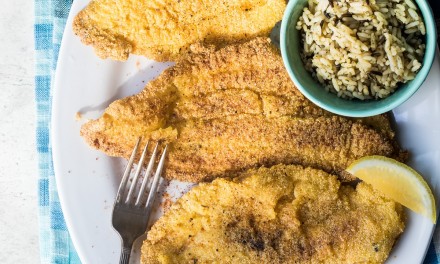