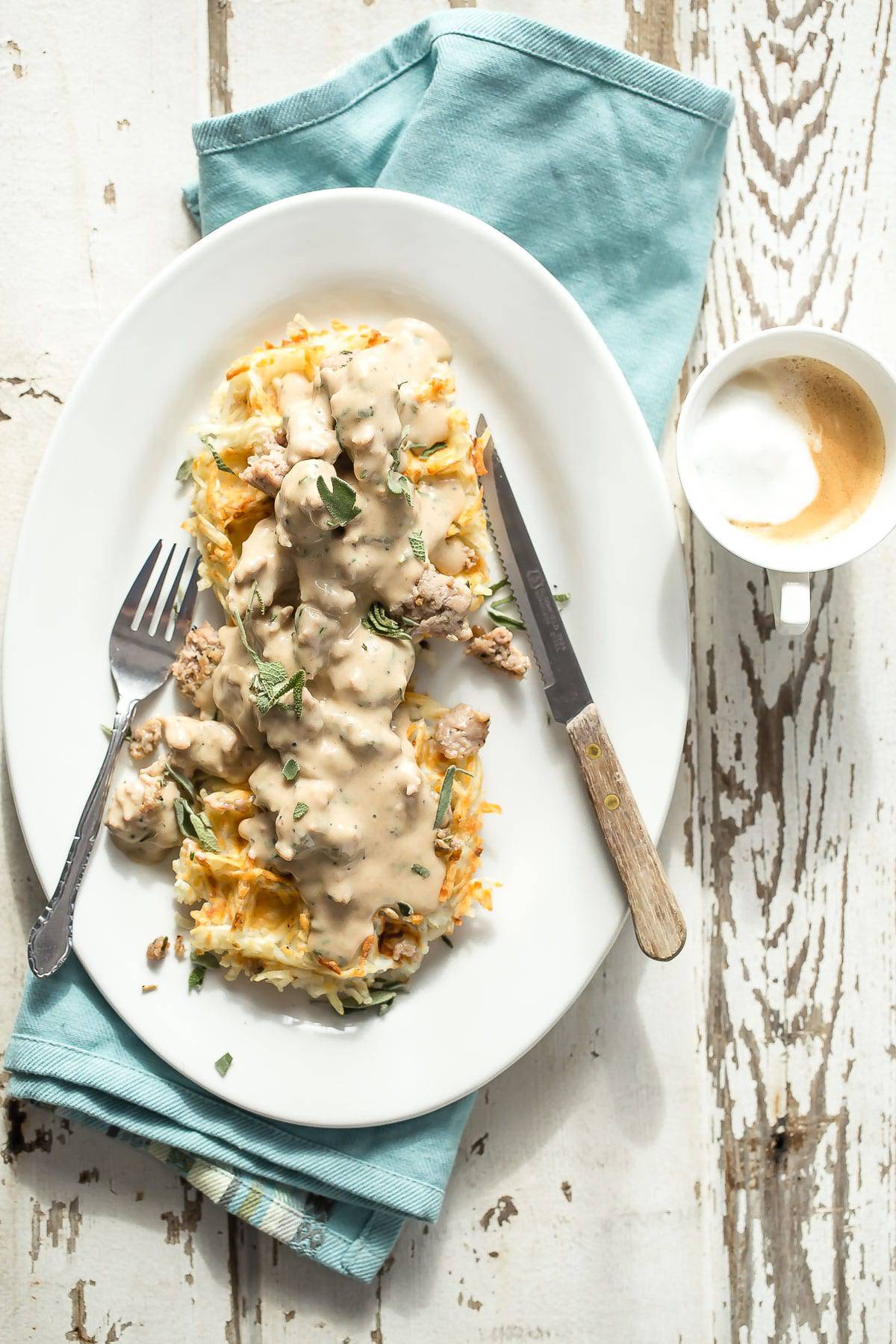 Guys, I feel like I owe you an apology. I kinda promised I’d be starting the new year with a superabundance of salads and healthy grub, and I did for the first couple.

But then I had a vision of Hash Brown Waffles with a ridiculous herb sausage gravy, and I had to deliver. I can’t keep this to myself. 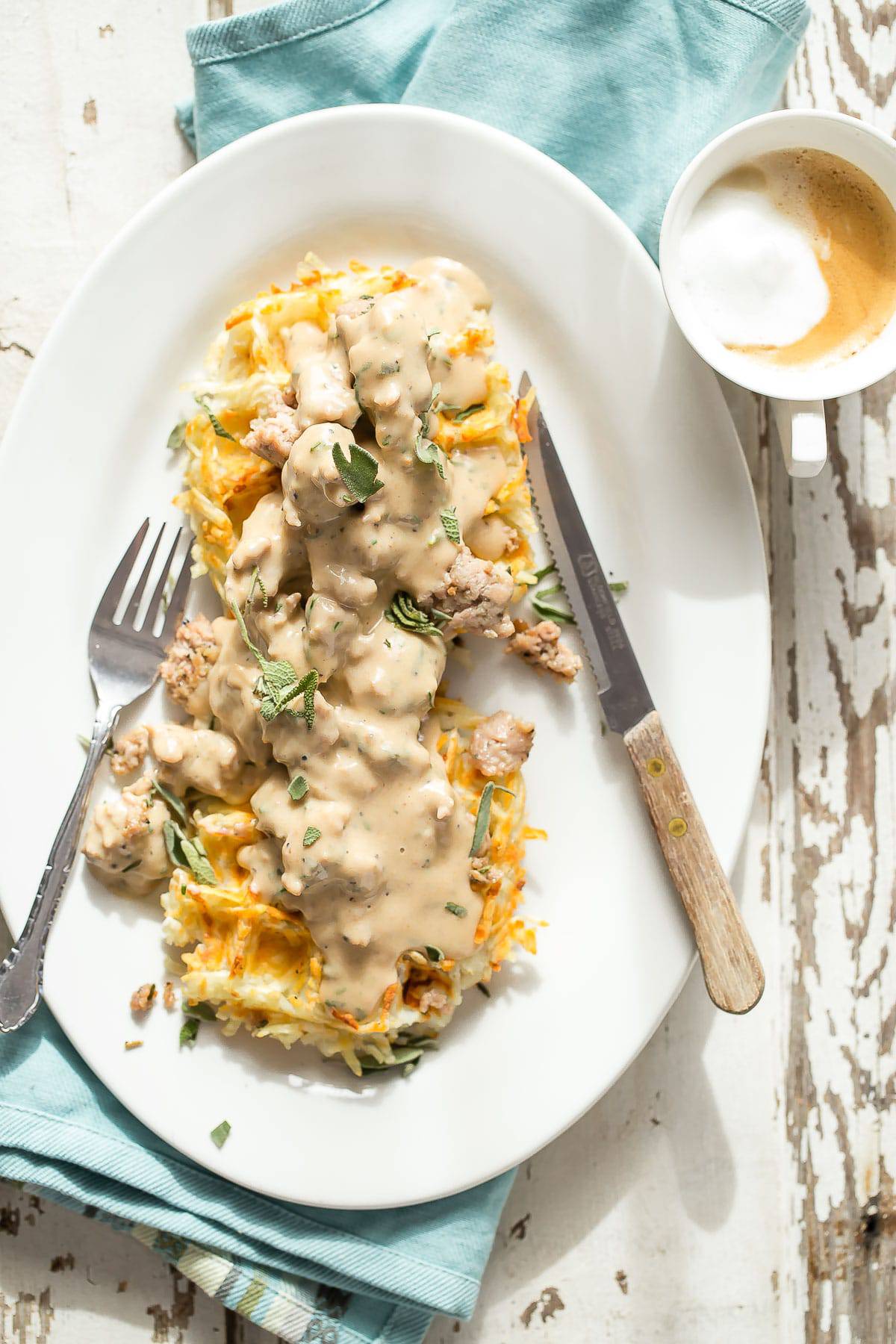 The sausage gravy inspiration comes from someone else, a complete stranger. Over the holidays, the family and I spent some snow time in Mammoth. One of those days I chose not to hit the slopes, so I hunkered down in the lodge. I was in line grabbing a teeny muffin when I looked around and saw this tall frozen figure covered in snow and grasping a plate of biscuits and gravy bigger than my head. It looked so good, 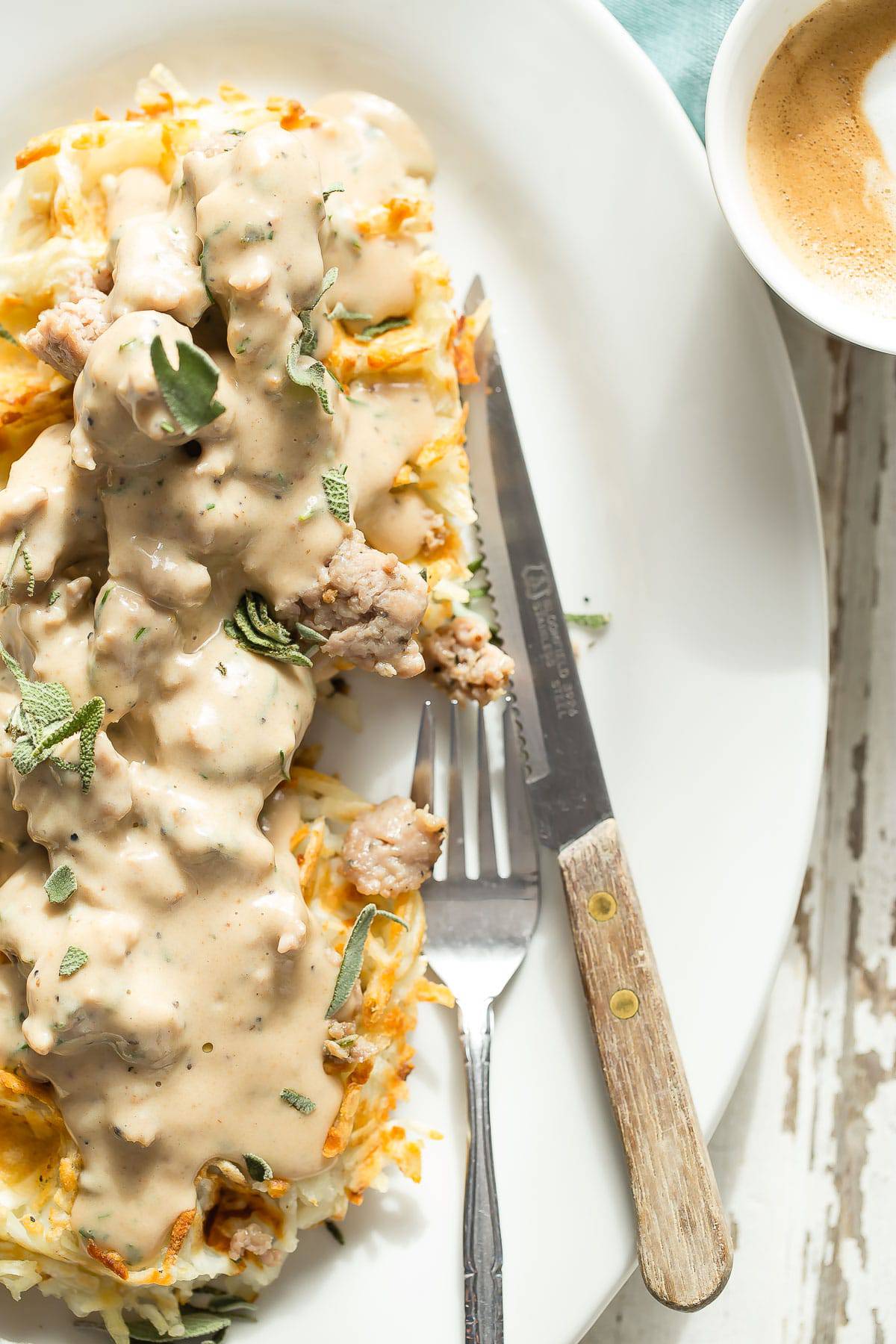 So here it is. My first attempt at making something in my waffle iron other than a regular waffle. Hash browns seemed like a no-brainer, just make sure to spray the iron really well…really really well.

The hash brown waffles are fun but the gravy is where the love is. I used sweet Italian sausage meat and after it’s cooked, make sure to leave all of those little crispy burnt pieces of meat in the pan. That’s pure flavor and is why the gravy tastes like it does.

Once you get the gravy to the sauce stage, the bottom of the pan should be clean when stirred. That means all of that tasty sausage flavor is now in the gravy.

Season it well with salt and pepper and add the fresh rosemary and sage. If the gravy starts to thicken too much, just add a splash more milk and it’ll return to a the proper consistency.

Add some crispy sausage bits to the hash brown and then pour over the gravy.

That’s it, sit back with a cup of coffee and clean that plate. 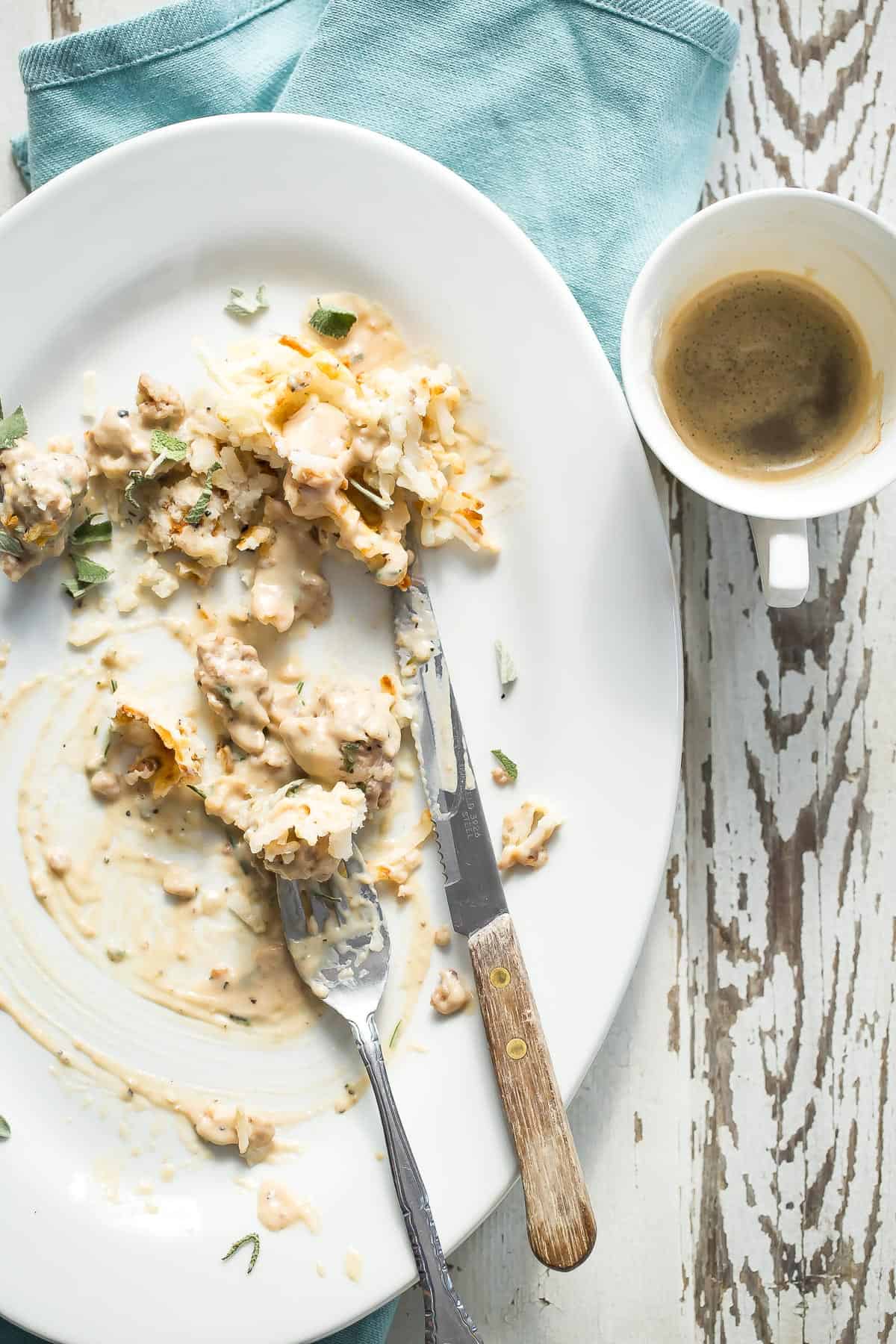 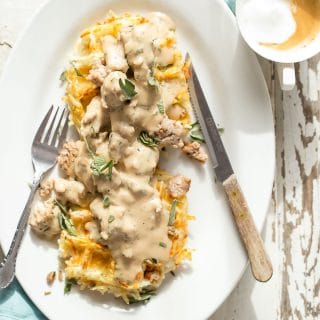