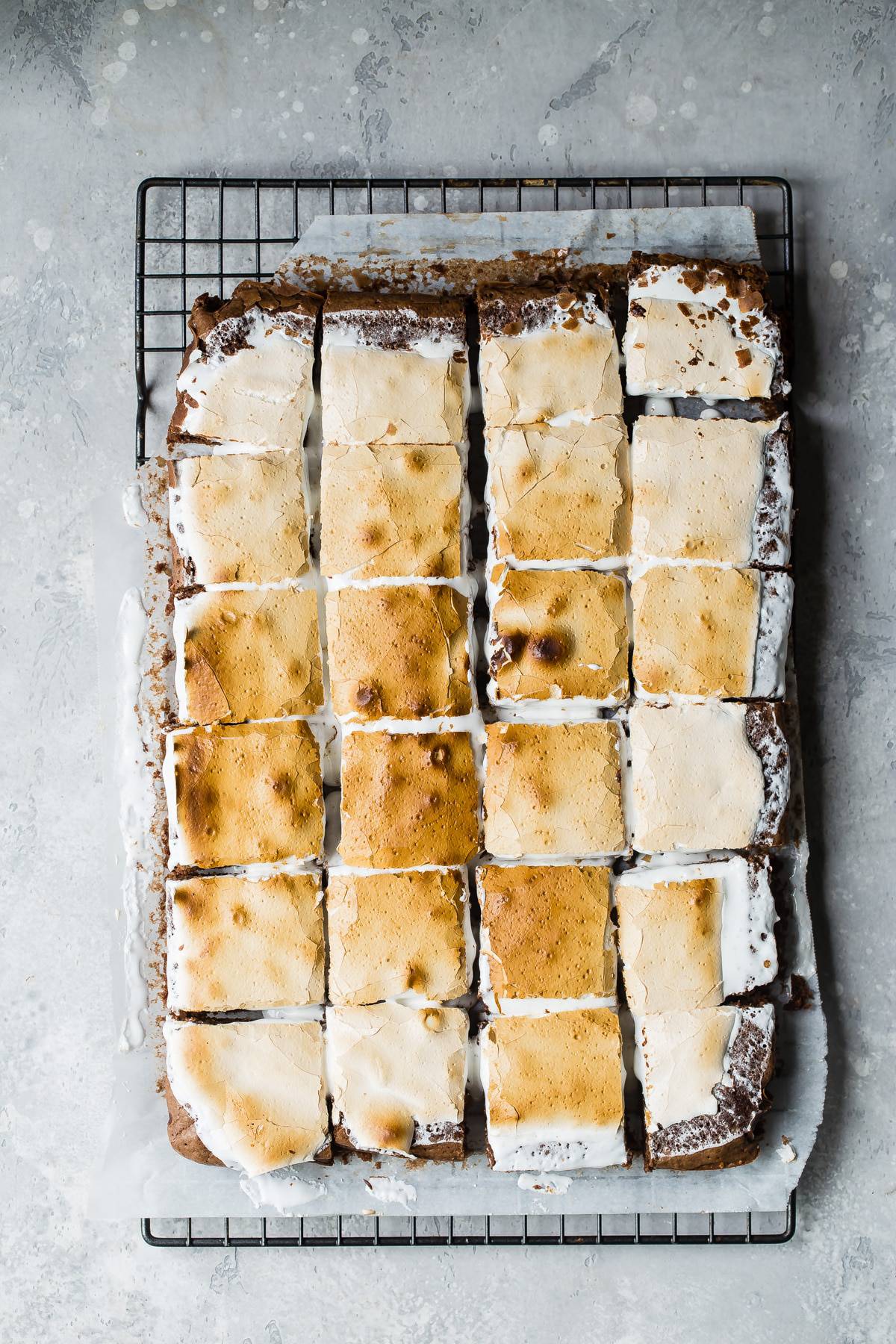 All the flavor and sweetness you’d expect from a campfire s’more except in a chocolate brownie!

I went back and forth a lot on whether I should post this recipe. I was happy how these s’mores brownies turned out but here’s my disclaimer early on.

And that’s the part that helped me decide that I should go ahead and post them on the blog. S’mores are never not messy. They’re difficult to eat no matter if you’re sitting or standing. You always have to do that lean over stance so that the front of your shirt doesn’t become splattered with s’mores bits, am I right?

In my opinion if they weren’t messy, they wouldn’t be true s’mores!

So why are these s’mores brownies so messy?

The marshmallow topping is the reason for all of the gooey leaks. The base is made from a traditional graham cracker crust, and baked for a short time in the oven.

On top of that goes my chocolate brownie batter and the pan goes back in to the oven until the brownie is baked but still a little bit squishy in the middle. I love my brownies like my cookies, soft in the center with a thin crust on the outside!

Once the brownie has cooled you’ll spread a thin layer of marshmallow fluff over the surface and then all that’s left to do is to place the pan under the broiler until it’s lightly toasted just like your favorite campfire s’more!

How long do I need to broil the marshmallow?

This can be tricky and requires constant watching while the pan is under the heat. As we already know from toasting our marshmallows over the fire, they can go from golden to pure black in a second, it all depends on your broiler and how you move the pan around under the heat. Once you see the marshmallow begin to smoke, then you’re almost at the perfect color. The top should have a thin crust protecting all of the gooeyness below.

Tips for making these s’mores brownies.

That’s it, and maybe some napkins Actually a lot of napkins! 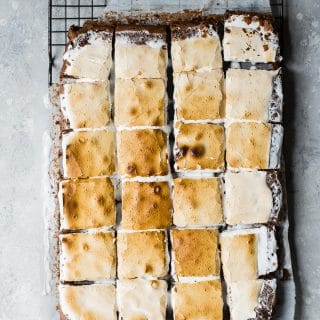