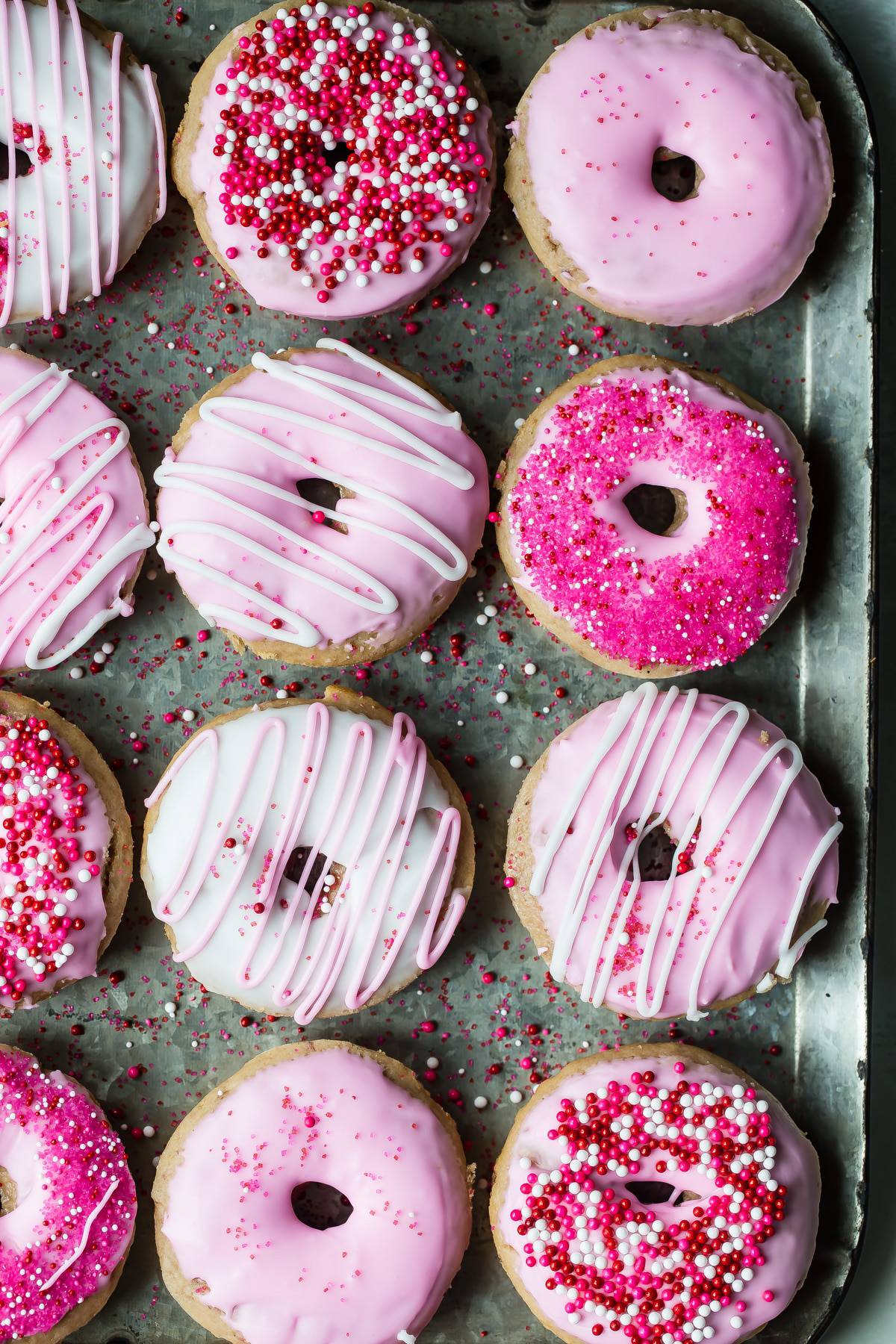 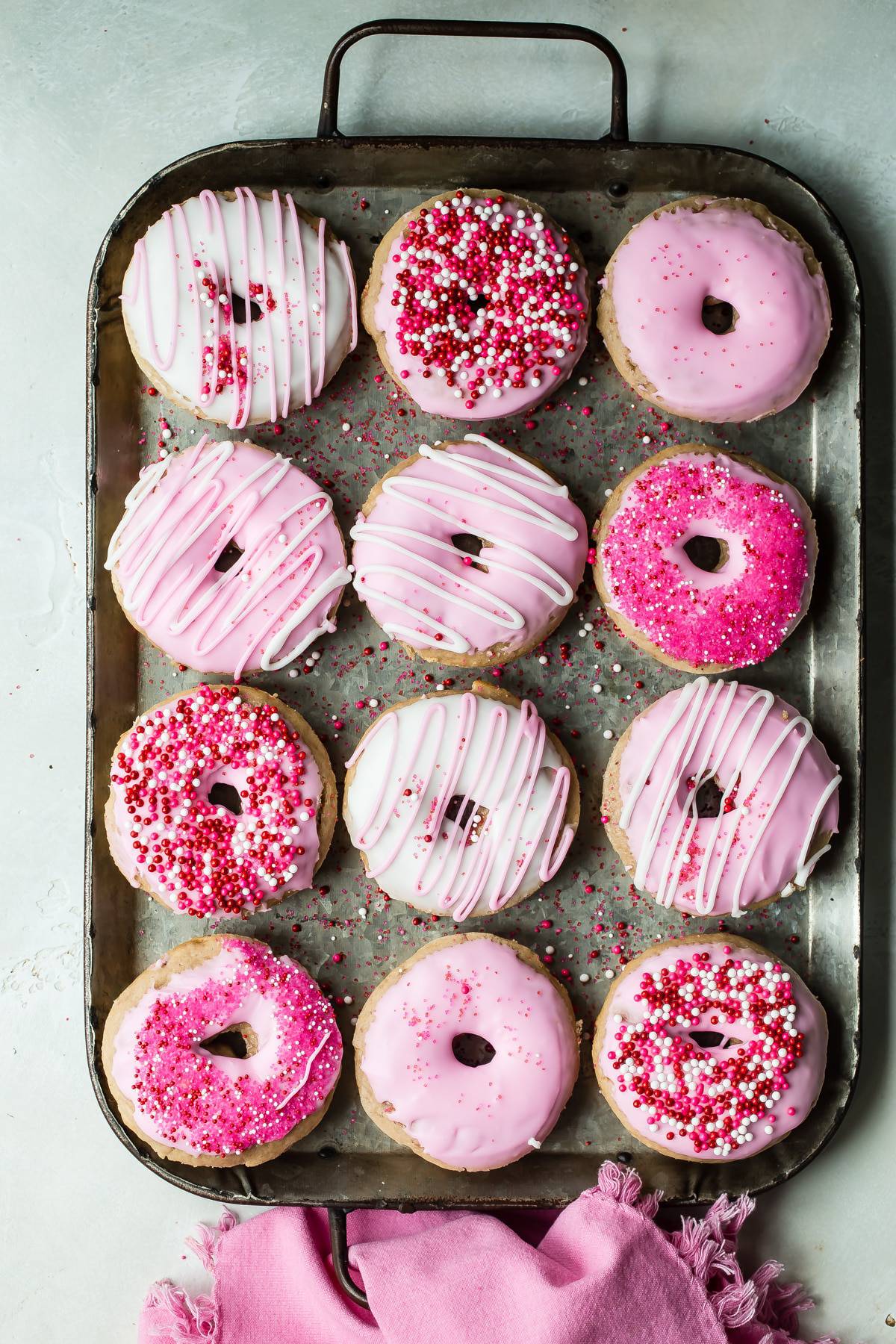 And just like that, Christmas is a distant memory and I’m already posting for Valentine’s Day which just happens to be one of my favorites because I am a big fan of all things chocolate!

But there’s no chocolate to be seen in these easy-to-bake Valentine Raspberry Baked Donuts. If pink isn’t your thing and you just need a chocolate donut though, you should probably be looking at these Chocolate Brownie Donuts instead.

These are baked donuts so no messy oil to deal with or a kitchen that smells like McDonald’s afterward!

How do I make baked donuts?

You’ll need a stand mixer because the batter can be really thick at first and it has to be mixed well or you’ll end up with lumps in your donuts and nobody wants that.

Once the batter is ready, it’ll still be on the thick side so I prefer to pipe the batter into the donut pan. It makes it more even and less messy. If you don’t have a piping bag, you should add one or two to your kitchen drawer because they can be pretty handy. Filling a ziplock bag and snipping off the corner eventually will make it pop sending batter or frosting all over your hands, trust me! 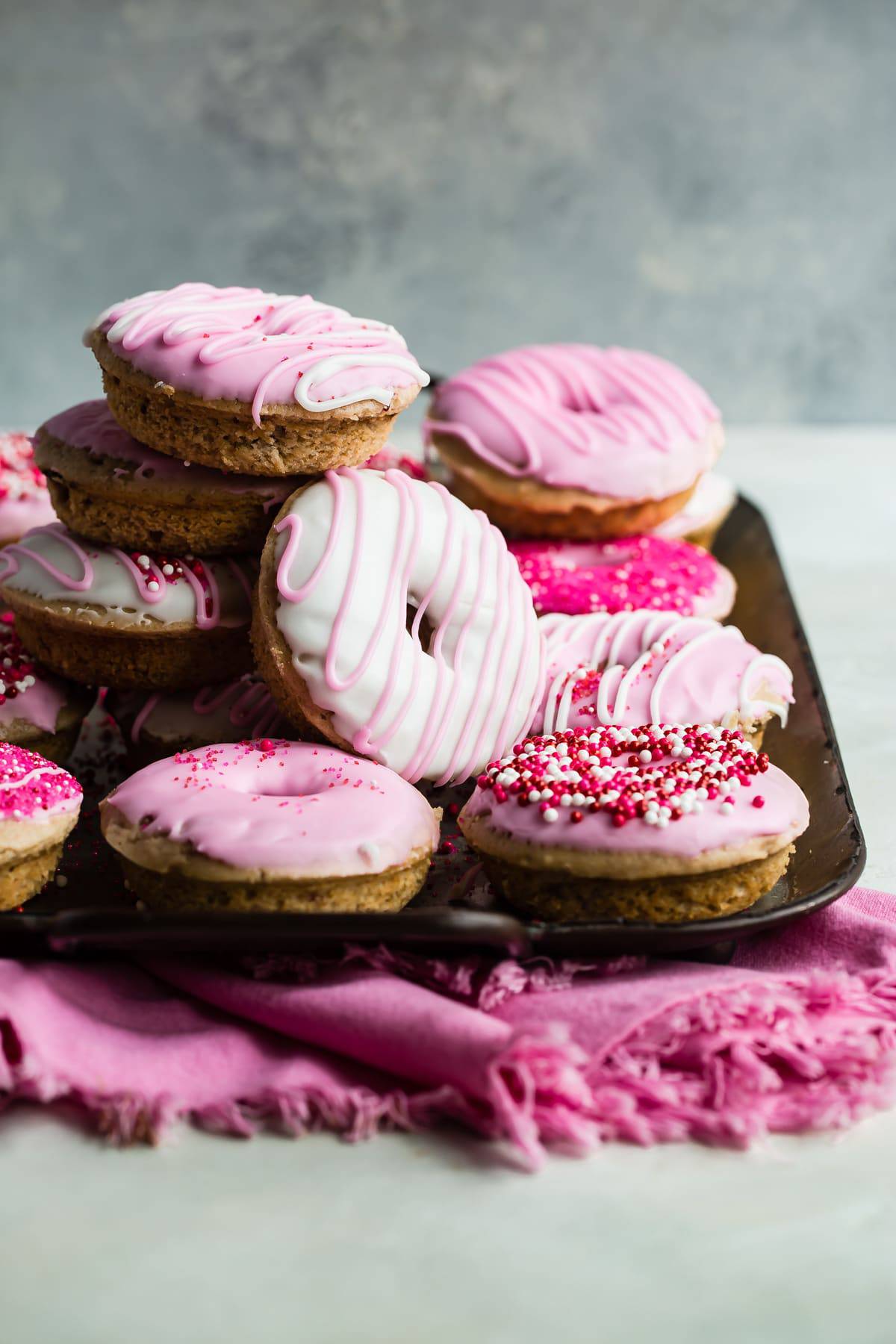 Do baked donuts taste the same as fried?

I’m not gonna lie friends, no they don’t. Baked donuts are like mini bundt cakes but who cares because bundt cakes are awesome and they’re not saturated in hot oil. I’m not knocking real donuts but baked donuts are healthier, so there’s that if you are counting calories. At the end of the day, a donut is a treat and should be chosen wisely!

How long do baked donuts last?

I’d say no more than one day. They’re best eaten straight away but if not, try and keep them covered and you might get two days out of them. They can dry up really quickly because…you guessed it, they’re not full of oil!

What can I dip my baked donuts into?

This is the fun part. I just used a traditional powdered sugar, milk, and vanilla glaze. But you could also use chocolate ganache, dulce de leche, raspberry glaze or cinnamon sugar.

Check out these other donut recipes I think you’ll love! 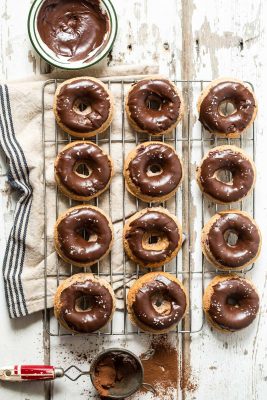 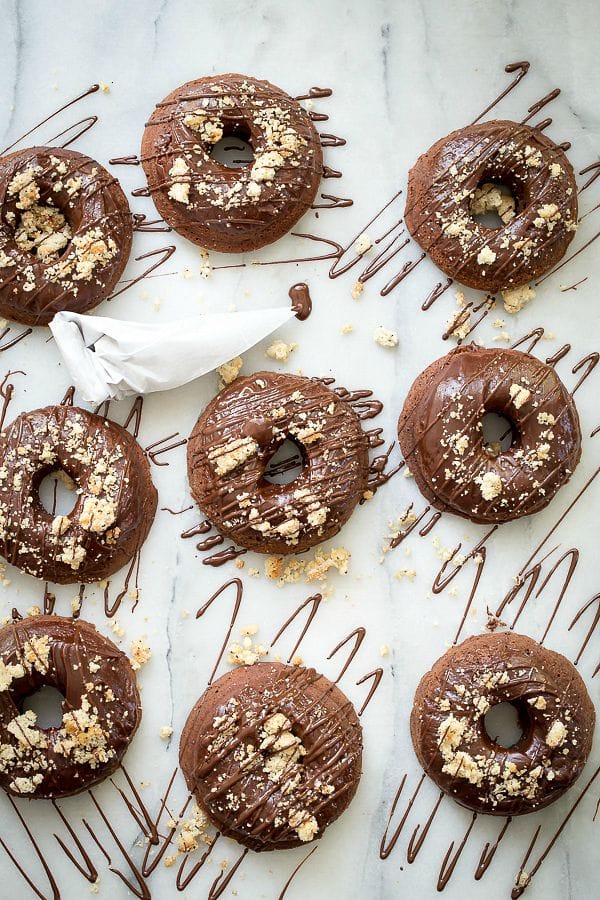 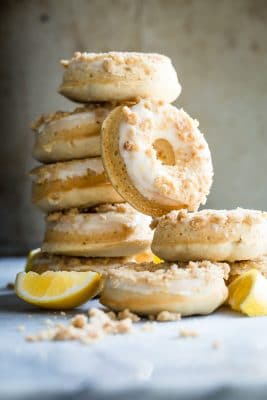 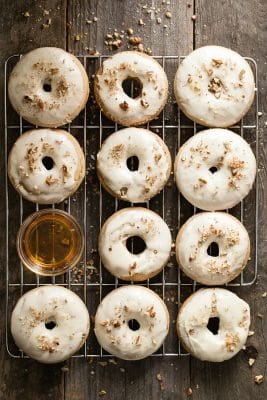 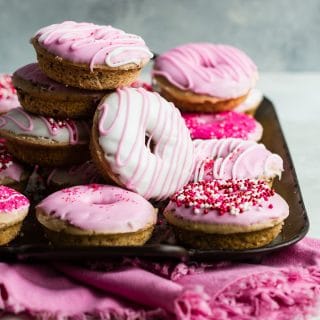