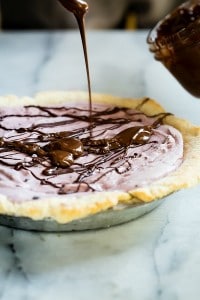 The classics are always the best right? From old black and white movies to 67 Chevy’s and Baked Alaska. Do you remember the amazing ice cream dessert that gets “baked” in the oven but doesn’t end up melting all over the kitchen floor? 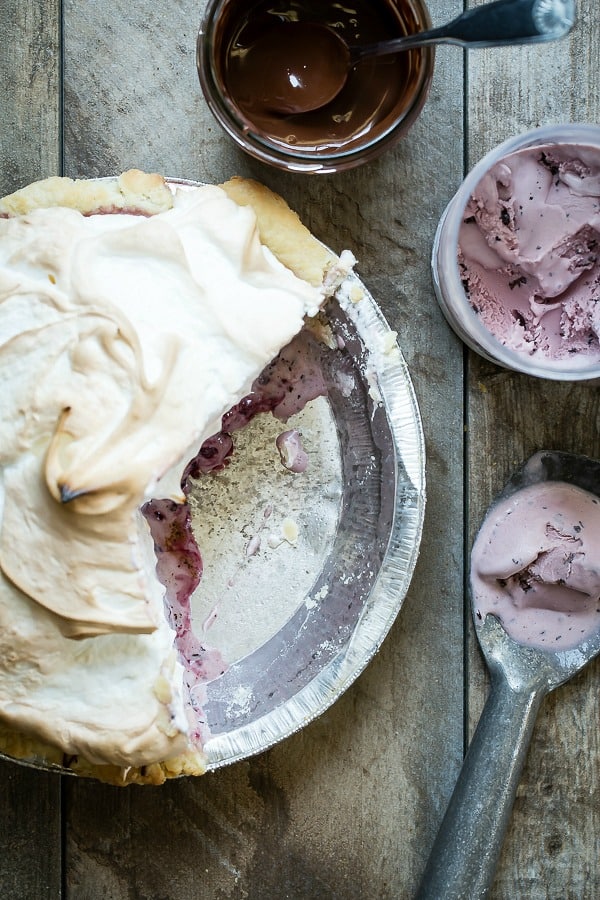 But it’s completely true. I’ll level with you, when I shoved it in the oven at 450 degrees, I was sure there’d be and ice cream fiasco 15 minutes later. Totally not so, in fact the ice cream was still solid and perfect for cutting and the meringue was toasty on top. Okay, there may be a few secrets to make this dessert like how the structure of the meringue insulates the ice cream, but let’s talk about how easy it is to make. Even though I love to cook from scratch, sometimes it’s okay to take a shortcut now and again. 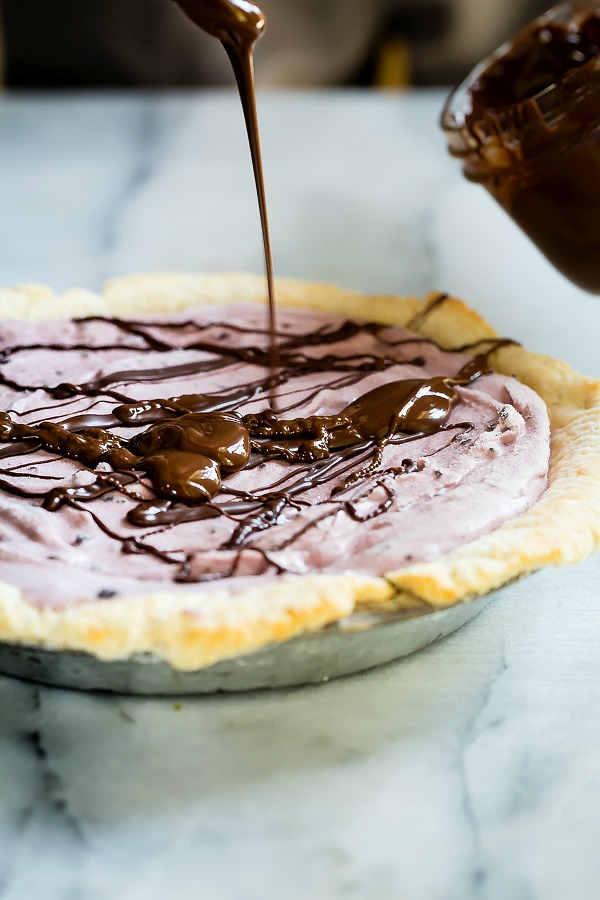 For the filling, choose your favorite ice cream, thaw it until soft and fill up the baked pie crust. You’ll have to make the meringue but even that’s a breeze. I grabbed some Black Raspberry and Chocolate gelato from Talenti for the filling. And because you can never have enough chocolate, I drizzled extra over the top of the ice cream once it was in the pie! The whole thing gets baked at 450 degrees until the top starts to brown. Be mindful that the ice cream will have to be refrozen after filling the pie, and the longer you can do this then the less chance of the ice cream melting when baked later on.

Crispy on top, creamy in the middle and buttery pastry on the bottom…classic. 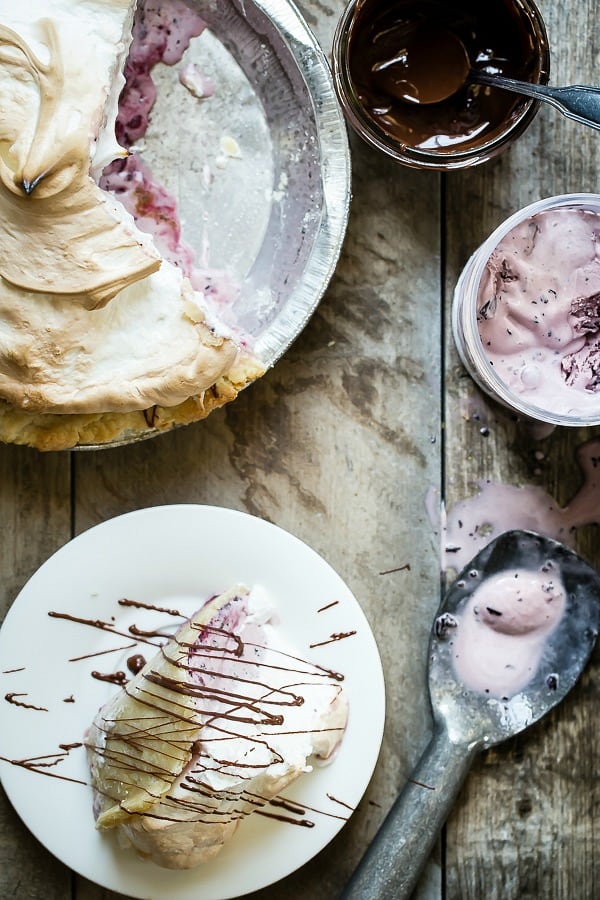 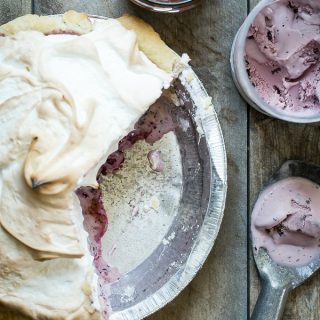