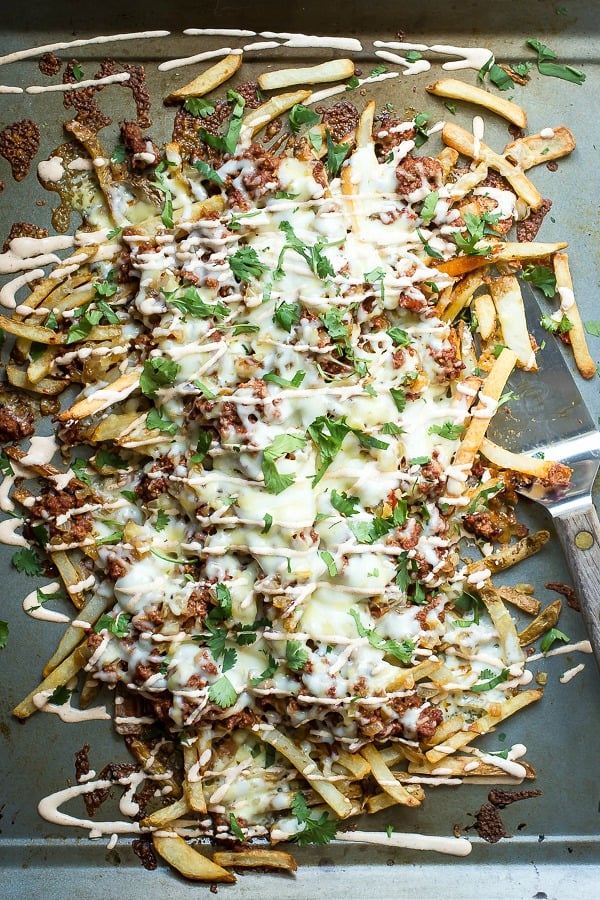 “Mmm, that salad was delicious” said no one ever at a ball game! Hey, I’m not beating on salads or healthy food at all, you’ll find loads on my blog but when you get to go to a ball game the choices for bites are usually freakishly delicious and oozing in cheese. It’s a time for indulging in something you probably don’t eat everyday. 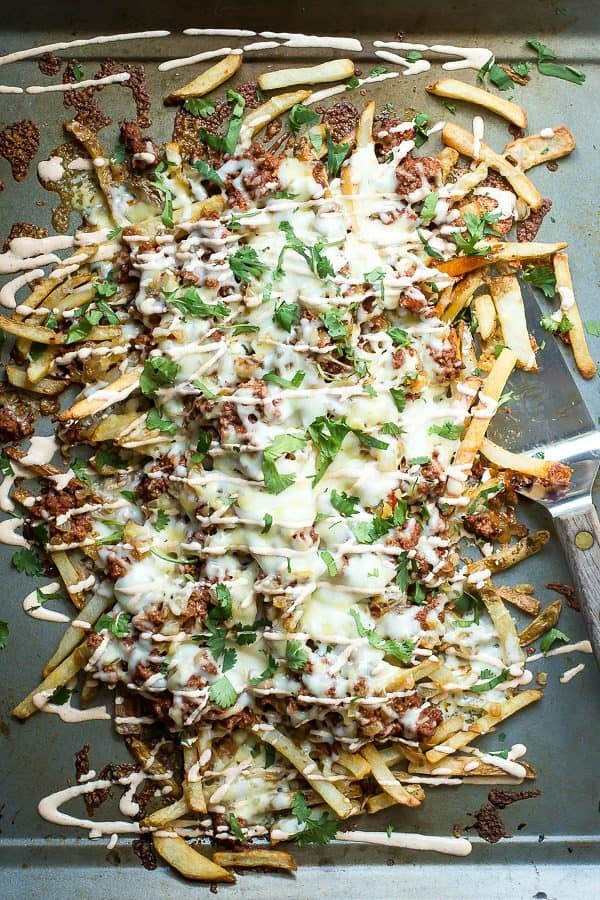 And that’s exactly what happened to me last week. I was invited by Cacique Cheese to attend a Los Angeles Dodgers game against the Colorado Rockies, the Dodgers won which was awesome but viewing the game from Cacique’s suite was amazing. Watching another game from a nose bleed seat will be tough in the future! Let’s get back to the food for a second, Cacique provided a whole spread including chicken, steak, quesadilla’s, cheese and of course the famous Dodger Dog. Dessert was Cacique Yogurt with a bar full of toppings that wouldn’t look out of place in a frozen yogurt store. 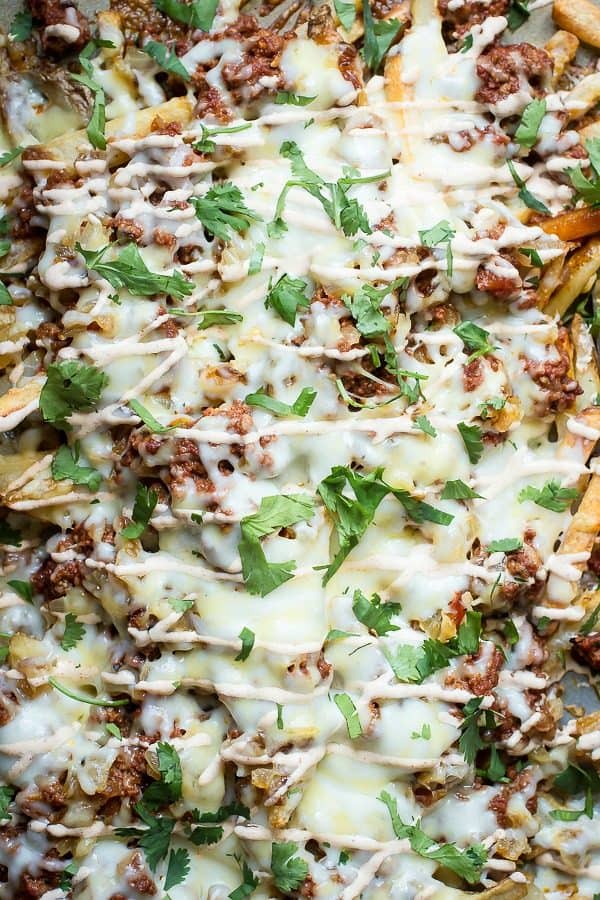 I got to hang out with some other cool people and as always Cacique made us feel like one of the family, I’m always amazed at the kindness and generosity they show. My ode to them and my awesome night at Dodgers Stadium are these Chorizo French Fry Nachos using four Cacique ingredients. I only throw in the word nachos because doesn’t everything become a nacho when doused in melted cheese? Skip right past making your own french fries because you can pick up some decent frozen ones at the store and make sure your onions are nice and caramelized. I can’t tell a lie that some inspiration for this over-the-top cheese and meat party came from In N’ Out’s animal style fries. Layer on that chorizo and beef followed by the onions and two types of Cacique cheese- Mozzarella and Queso Quesadilla– melt in the oven and drizzle with the spicy chipotle Crema Mexicana.

They don’t sell this at the stadium yet but I bet if I had a cart outside I’d be sold out within an hour! 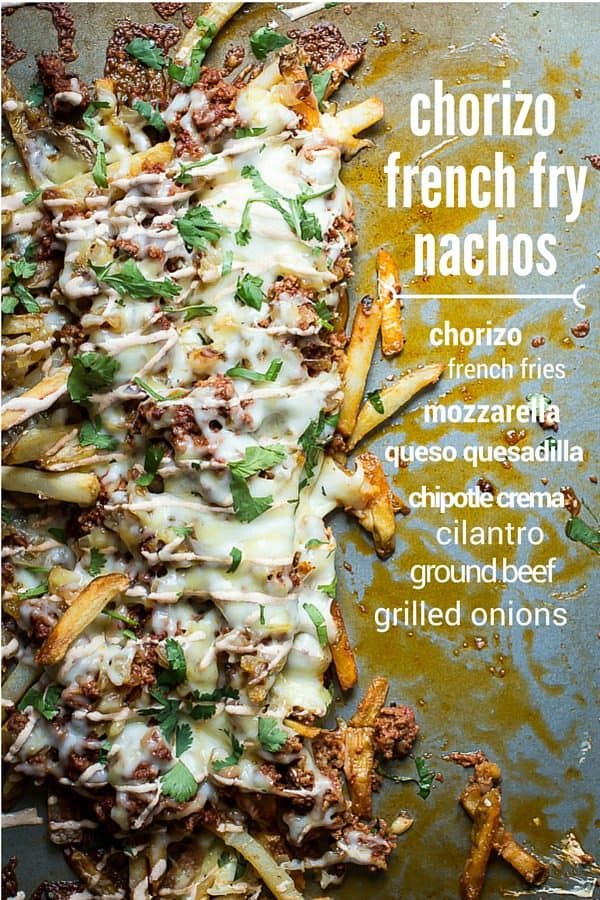 How Sweet It Is- Carnitas Nachos

As an ambassador for Cacique Cheese, compensation was provided for this post. All opinions are my own, for reals! 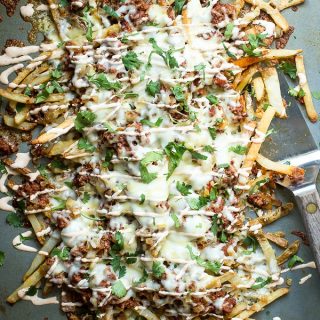