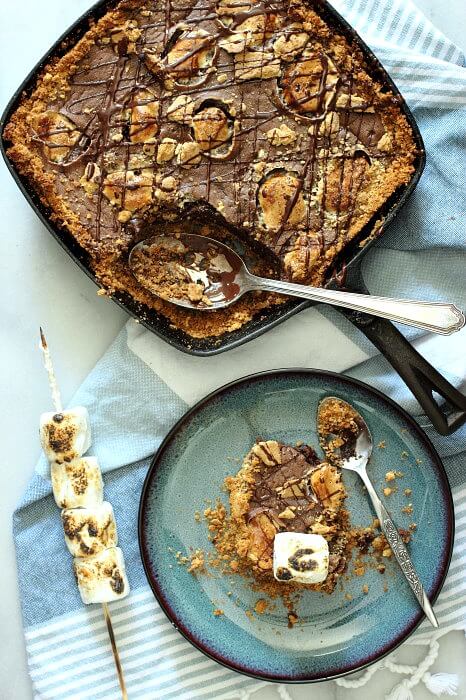 I don’t know if it’s because summer’s here or what, but I’ve been seeing s’mores everywhere lately. Maybe it was this, or this or maybe these! I’m not complaining but after all that s’mores foreplay, I had to go and buy the three most accessible ingredients in the country (they really are) and turn them into this sweet, wondrous Chocolate S’mores Skillet Cake.

It’s kind of a cake, maybe more like a brownie but still like a s’more. Confused much? The inspiration came from making these s’mores brownies from Joy The Baker. I made them for a dinner with some friends and between the adults and kids they disappeared fast!

My Instagram has been filling up fast since summer began and continues to be full of silly goof-ball happenings of the family. We all visited Chinatown this weekend for a festival and it was so much fun, I was so excited to be in a place where some of my favorite Chinese menu items were available and didn’t hold back. Oh and who knew doctor’s waiting rooms could be so much fun! 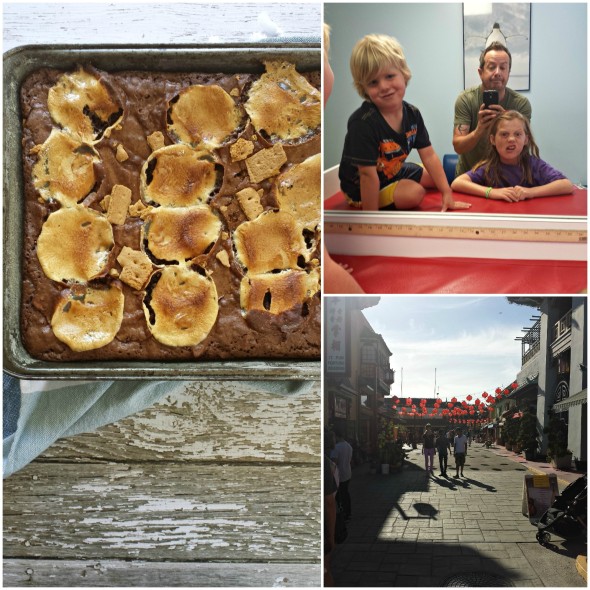 This Chocolate S’mores Skillet Cake was an adaption of a previous pear version. The recipe is so easy I’ll be using it again for sure. It has all of the traditional s’mores ingredients and works perfect for a crowd. No individual marshmallow toasting needed with this one. Bake it in a cast iron skillet and at least that’ll keep you thinking you’re camping. Start with crushed graham crackers and line the pan. Add the chocolate pudding sponge mix and then go to town stuffing squares of Hershey’s, giant globs of marshmallows and more crushed crackers into the batter. Yeah…there’s directions but really you can be the boss when it comes to stuffing. If someone tells you there’s too much filling, then basically they shouldn’t be at your party.

Make this week a s’mores week. 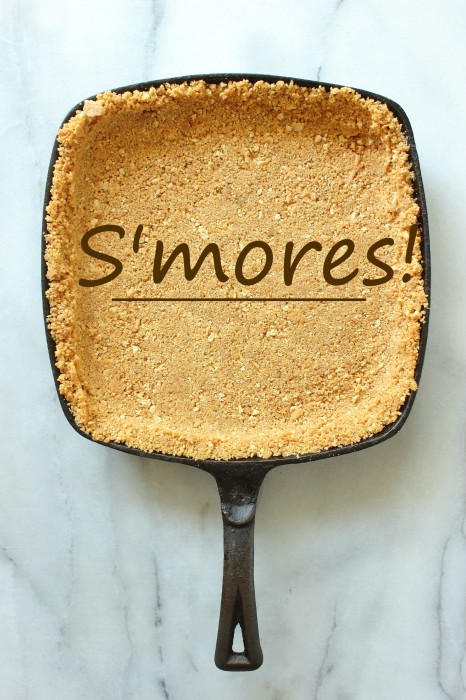 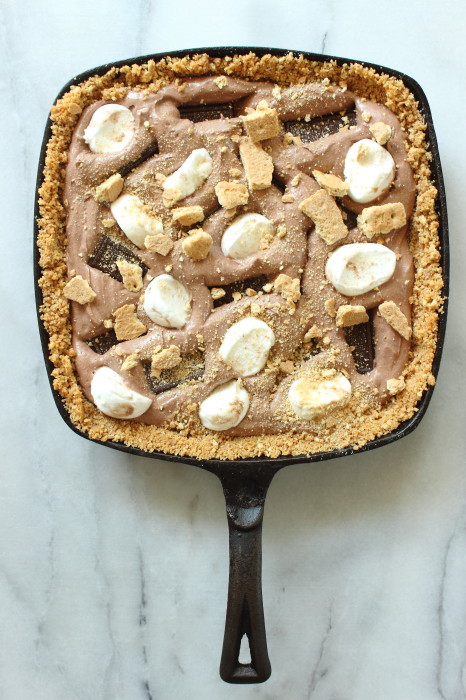 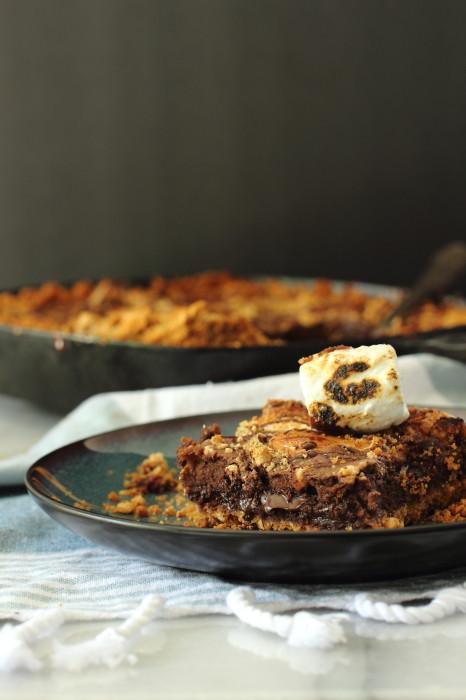 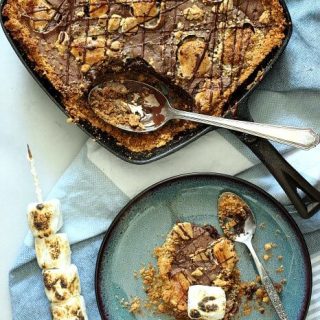 You can melt some extra chocolate if you have it and drizzle it across the surface of the s'mores, or dust with powdered sugar.