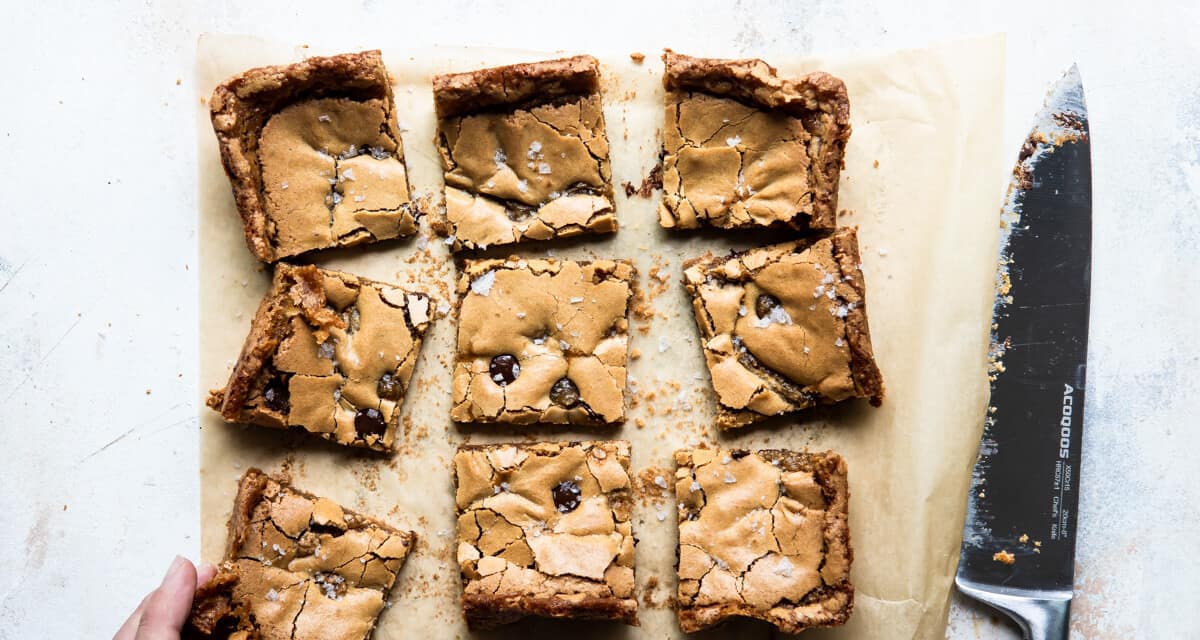 Thin bars of chewy blondies with melted chocolate and caramel, topped with flaky sea salt for the ultimate sweet treat!

more about these blondies

To be honest, these bars were destined for the failure section and I was prepared to make them again. I’ve made blondies before but they are usually always similar to a brownie, evenly sized and at least an inch thick, right?

As they baked in the oven, I could see them through the door rising up and looking like I was expecting them to. With a puffy center and a crinkly style surface, they smelled amazing. But when I pulled them from the oven, they sank a lot as they cooled. I’m so glad I didn’t write these. off though because they turned out to be one of the best blondies I’ve tasted. They are thinner than a regular blondie you might see but who cares? I added chopped caramels and chocolate chips to the batter which saved the day I think. The melted caramel sort of formed a chewy crust on the bottom while the brown sugar and melted dark chocolate created a soft, almost gooey inside. A sprinkle of sea salt completed the whole thing! They remind me of the salted white chocolate caramel cookies you can buy at The Coffee Bean.

I’d describe these bars as chewy and a little crispy around the edges with a soft and gooey inside that tastes like butterscotch and melted chocolate had a baby. Definitely don’t skip the sea salt!

what do I need to make these blondies? 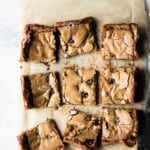