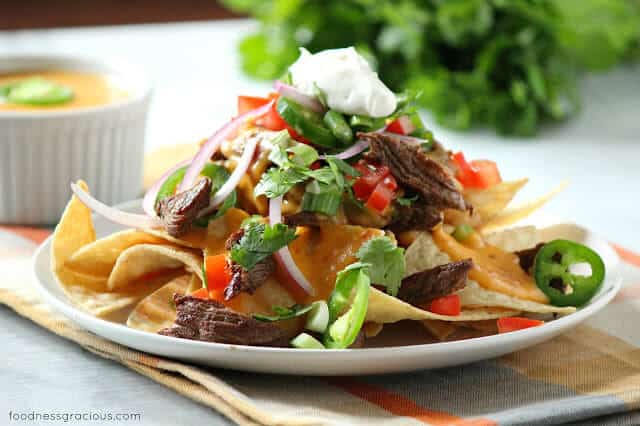 The countdown has started – only nine more days until Super Bowl 47! That means you only have about seven days to get your snack menu in order…no pressure. The internet is fierce with recipes and snack ideas, especially Pinterest. You can build your own “snackadium” – a complete stadium made from food – and watch it get demolished by the end of the first quarter, or you might prefer these cupcakes for a daintier approach, if your man likes to keep up with his feminine side. Whatever you choose, make sure there’s plenty of it – something about sports really pumps up the appetite. Except tennis…I don’t think I’ve seen anyone at a tennis tournament wrestling with a giant hot dog and a 20oz beer.

The great thing about nachos is you can style them to whatever tastes you like. Make sure to go through the fridge and use up any odds and ends that might be good for toppings. Ground beef is a popular meat to add but I opted to chop up some pre-seasoned carne asada. I kept mine on the simpler side, adding chopped tomato, sliced red onion, green onion, sliced jalapeno, cilantro and sour cream. I discovered a can of black beans afterwards and verbally expressed my regret at not being able to add them. Wait…what about the cheese sauce, I hear you yell? A simple flour-based cheddar cheese mix with some spices and chilis to increase the heat will do the trick. Serve some extra sauce on the side for the folks who might not like your spicy tower of nacho. To them….whatevs. 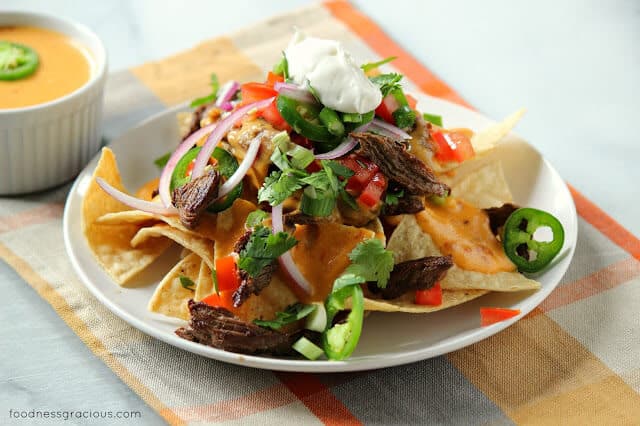 For the cheese sauce- adapted from Food.com

In a large saucepan melt the butter. Add the flour and mix together cooking for about three minutes on a medium heat.

Add the milk and bring to a simmer then add the grated cheese. Stir gently until the cheese has melted. Add the rest of the ingredients stirring well. Serve at once or keep warm until ready to use.

Have your tomatoes, red and green onion, jalapeno, cilantro all ready just to be added to the tortilla chips when they are covered in the cheese sauce.

Place a pan on high heat, add the oil. When the pan starts to smoke add the meat and sear it until golden brown on the outside, about 4-5 minutes. Place on a plate and let rest for two minutes.

Fill a large plate with the tortilla chips. Place some of the carne asada on top of the chips and pour over some of the warm cheese sauce. Add the tomatoes, onions, jalapeno and cilantro. Top with a large dollop of sour cream and enjoy. 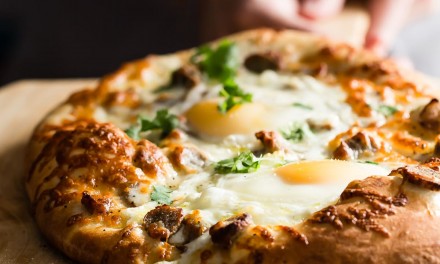 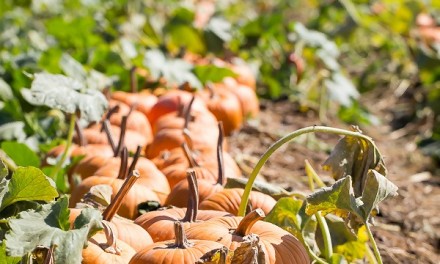 Artichoke Dip with Kale and Cheddar