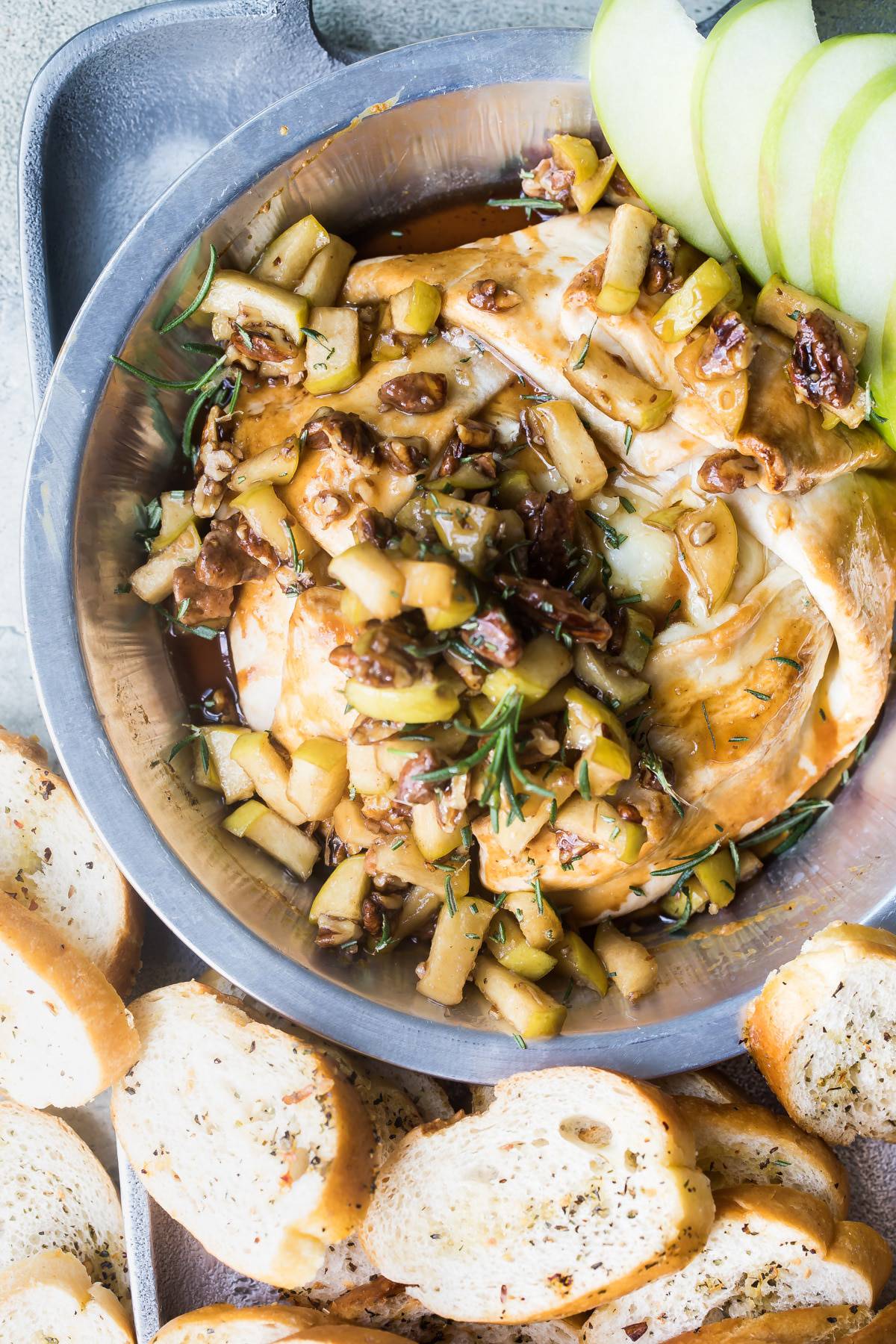 Melted Brie cheese baked in a pie crust and topped with caramel apples! This is the only appetizer you need for the holidays!

Who doesn’t love melted, gooey brie cheese as a snack or an appetizer? Any time I’ve seen baked brie available at a party or holiday pot luck, there’s always a swarm of people around it and usually it’s gone in five minutes. It’s just so good and with so many variations out there, you can be sure that you’ll find one to fall in love with. This baked brie with white wine, brown sugar and rosemary is always popular over the holidays and because it’s baked in a sourdough bread bowl you can eat the whole thing!

You might want to buy two wheels of brie for this because as I mentioned before, one won’t last very long and think how upset your guests would be if they missed the best appetizer ever!

IS BAKED BRIE AN EASY APPETIZER TO MAKE?

It’s actually really easy and with minimal ingredients you can easily tackle it the same day or night as your celebration party. It has to be served at once or the cheese will become firm as it cools. You can bake the cheese in any similar sized oven safe safe dish or like I did and baked it in a pie pan. This lets all of the caramel sauce pool at the bottom making it even more ridiculously delicious when you scoop up a bunch with a toasted baguette slice. I wrapped my brie in a store bought pie crust and topped it with some diced apples in a caramel sauce. Do you see where I’m going with this at all?

You need to bake the pie crust well so its strong enough to hold the melted brie. The apple and pecan topping will go over the baked brie as soon as it comes out of the oven creating a sweet, sticky and salty appetizer that everyone will be raving about for years to come!

RIND OR NO RIND?

I’m a big fan of always eating the whole piece of brie including the rind. It has no flavor but I like the texture. When I’m making any kind of baked brie though, I lightly skim the top layer of the rind off only because it makes it easier to penetrate with the crackers or baguettes you might be using to dip into it when it comes out of the oven. The rind won’t melt but you can take a knife and gently swirl the melted brie around. 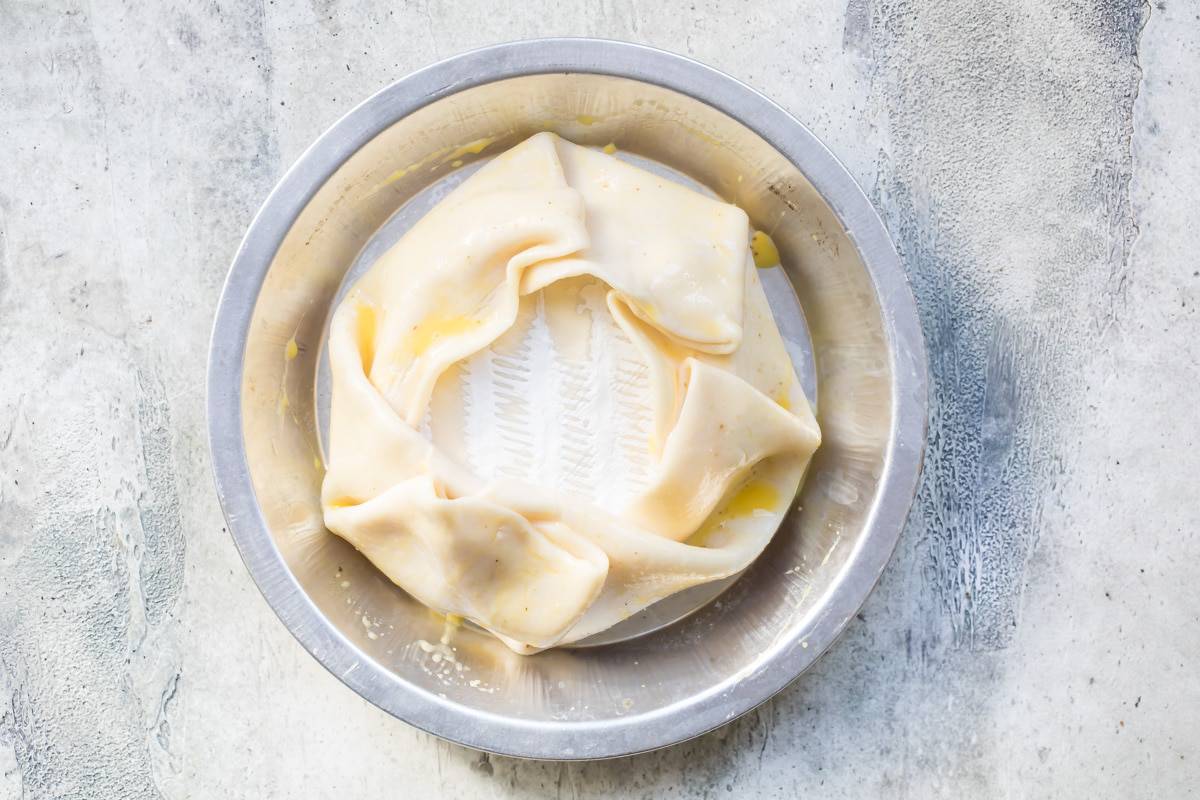 Baked brie doesn’t have a very strong flavor, brie is one of the more milder cheeses available. But it acts like a blank slate and will take on almost any other ingredients you want to add to it. From spicy to sweet like this caramel apple baked brie, the end flavor always turns out to be amazing!

WHAT CAN I SERVE WITH IT?

Whatever you use on the side make sure it’s something sturdy. You don’t want to be dipping with thin crackers and have them break on you as you try to dip. Toasted baguette slices, bread sticks, and crunchy hard crackers are best to use, as well as a variety of raw vegetables.

CAN I REHEAT MY BAKED BRIE?

You could reheat in a warm oven but I don’t think you’ll ever have any left to reheat! If you do, place the brie on an oven safe dish and place in a 400 degrees oven for about 5 minutes. 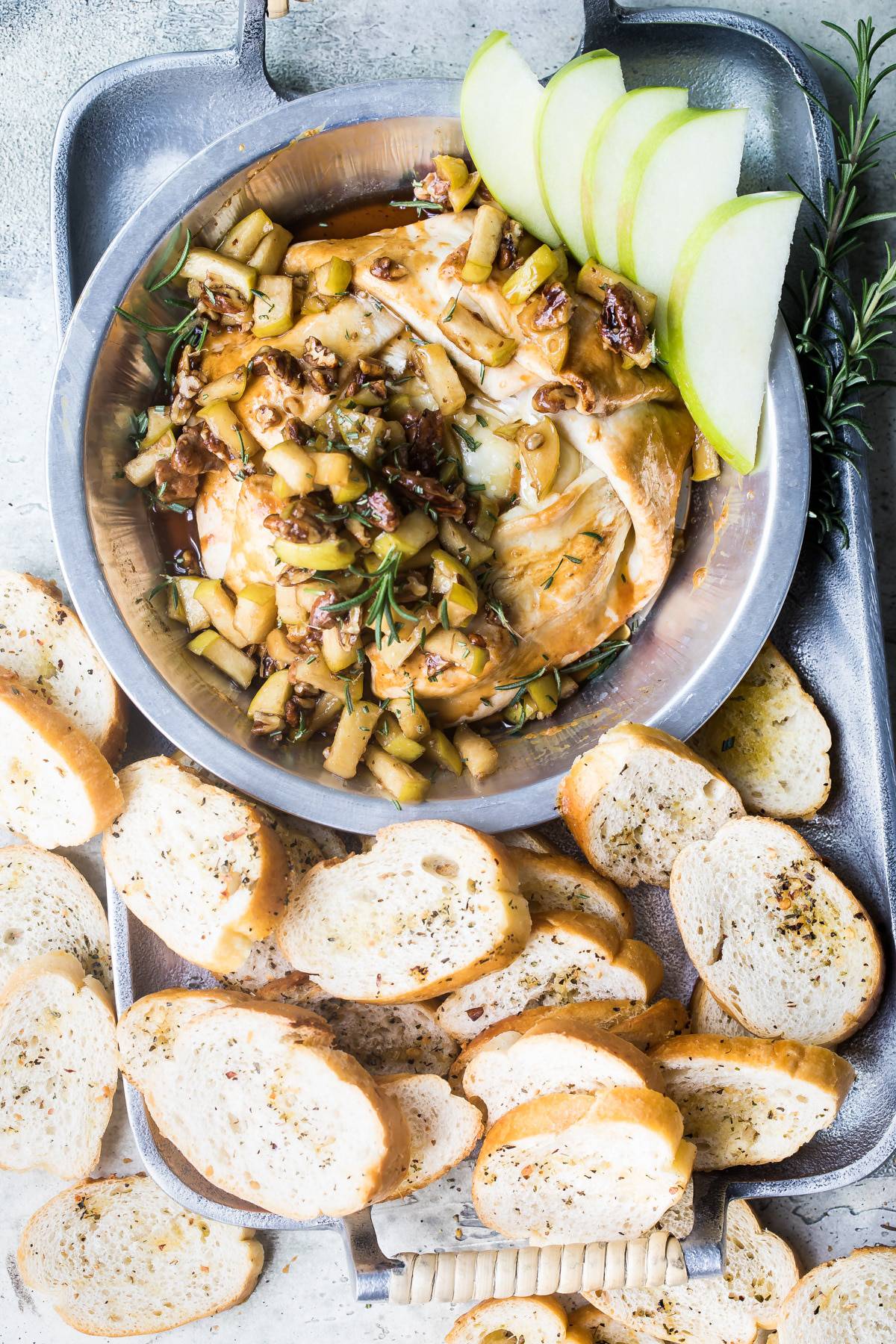 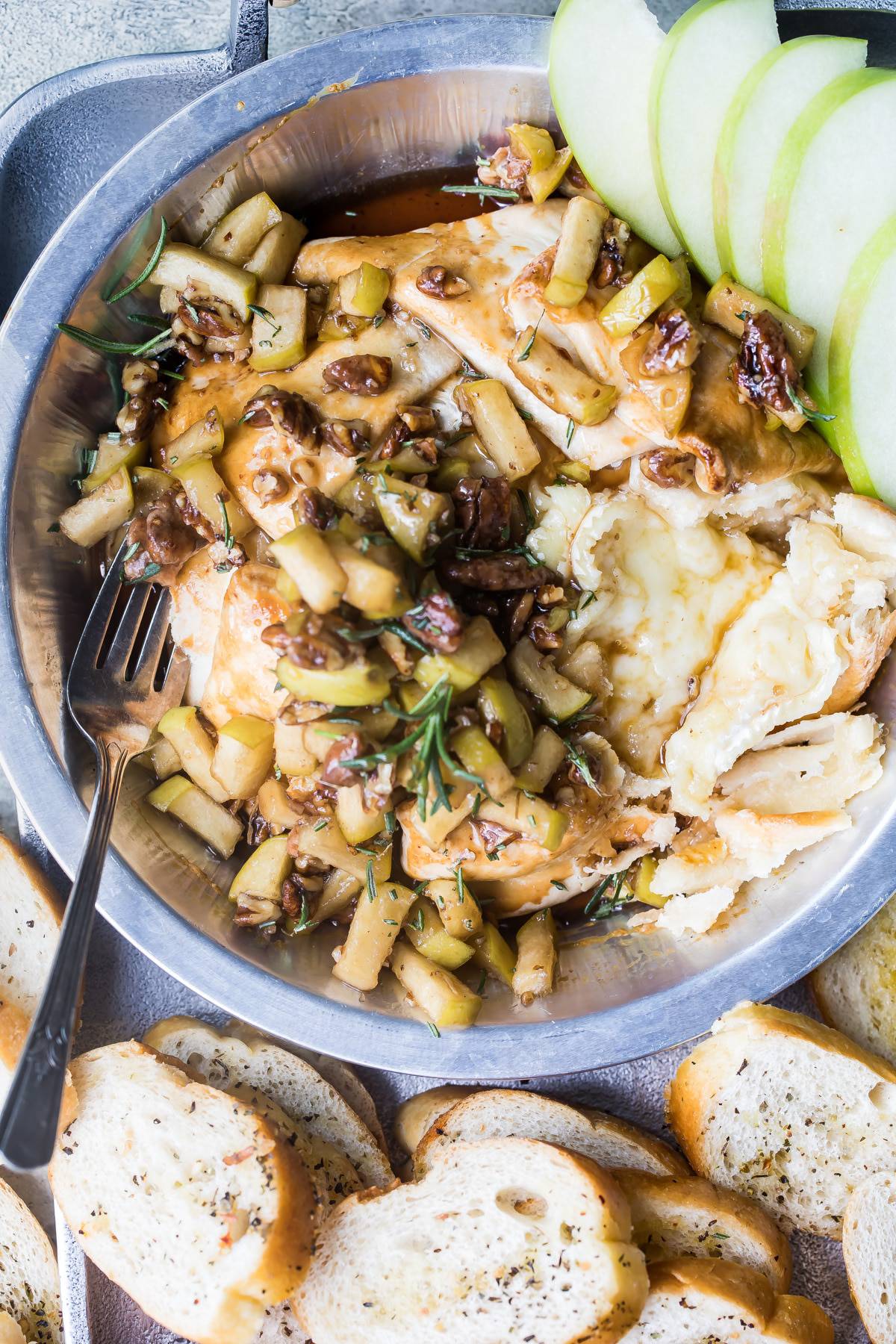 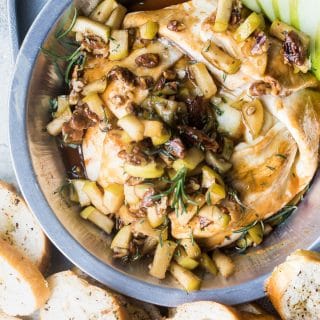 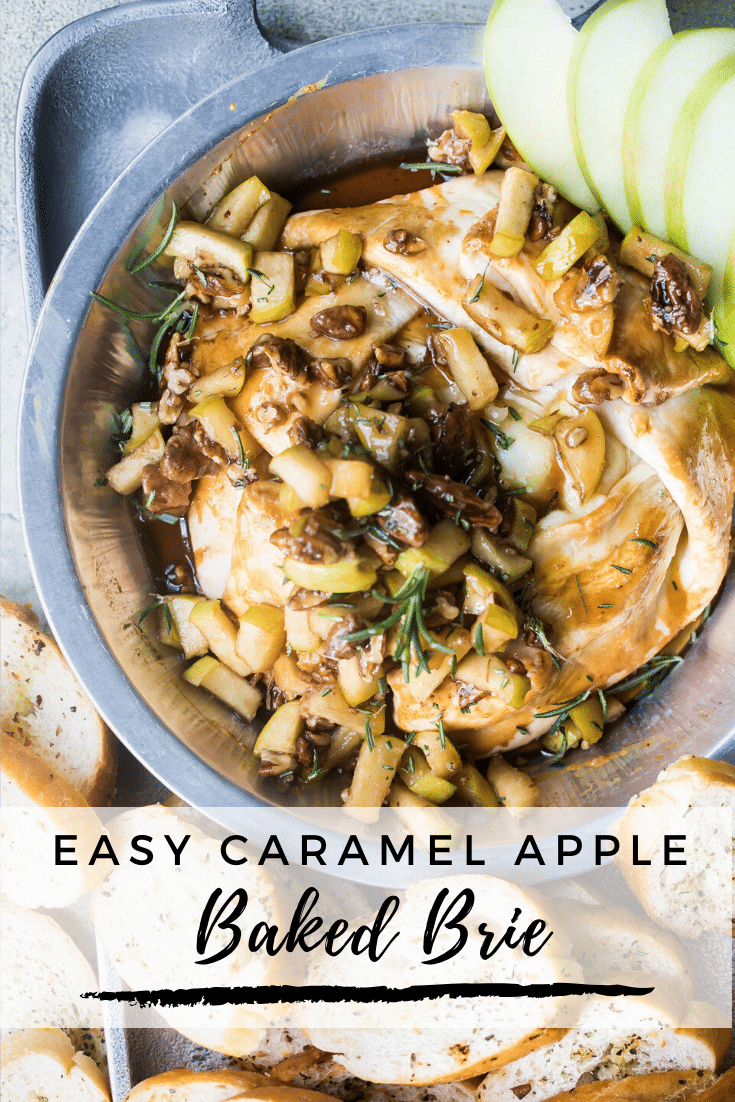