Artichoke Dip with Kale and Cheddar

A crazy rich and creamy Artichoke Dip with Kale and four kinds of cheese! This is the dip that you’ll roll out at every party and game day for the rest of your life, trust me! 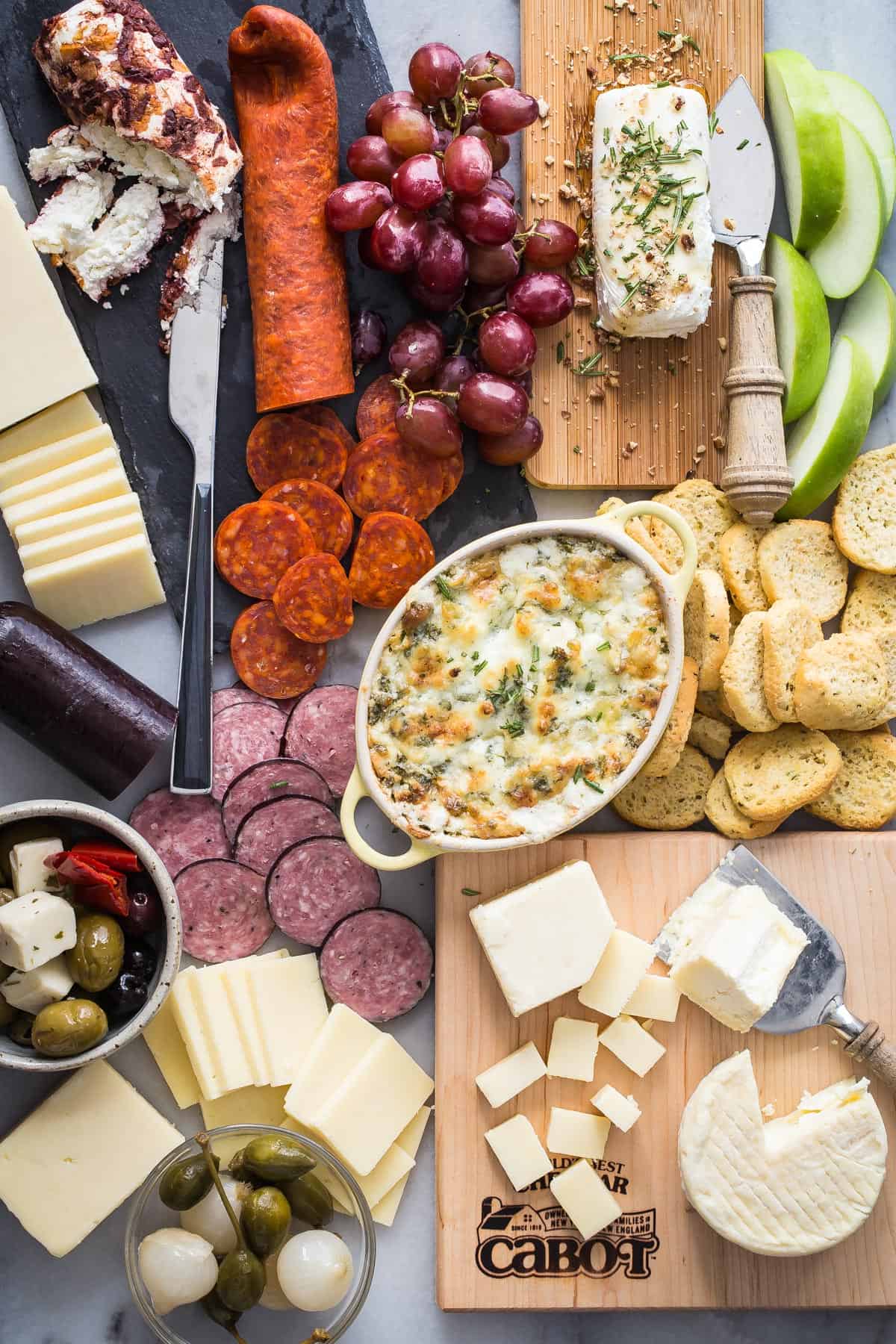 Have you ever been to a party that didn’t have a charcuterie platter? I thought not, because they’re easy to throw together and everybody loves them. Everybody! Check out my post all about what the best cheese is to add to your platter!

Rules and recipes are thrown out the window in favor of looks and fancy french terms, but they all follow the same concept of cheese and meat. But remember I said there were no rules, so for this one I’m throwing in a Kale and Artichoke Dip loaded with Cabot NY Vintage Farmhouse Cheddar.

This dip might make your teary eyed…when there’s no more left. It’s pretty awesome and it has kale in it which is cool and all but let’s be real, this is a super creamy, cheesy rich dip so skip the calorie counts.

But that green kale sure is mighty pretty. 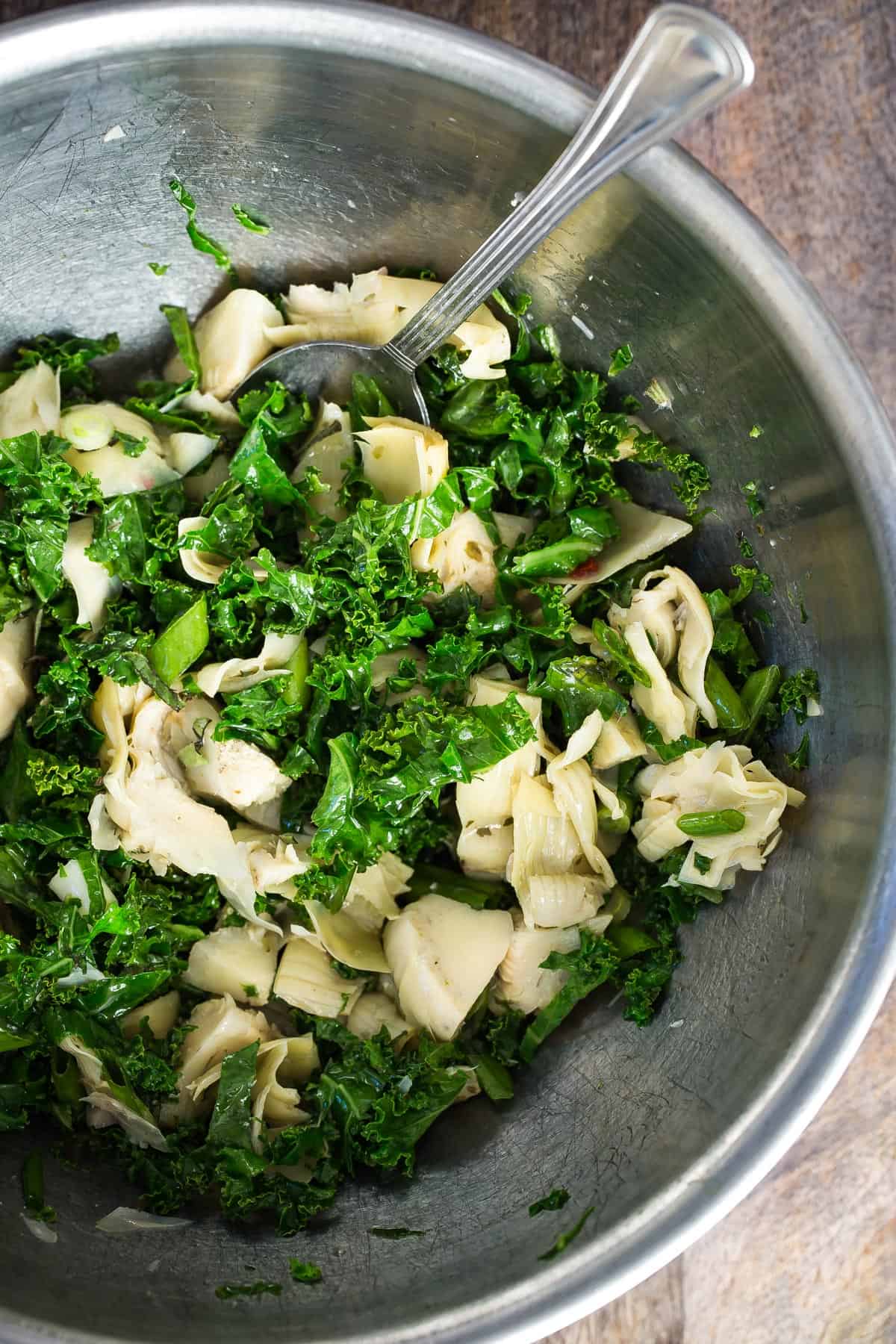 Along with the cheese from Cabot, I used more cheese from Vermont Creamery. They have some really awesome goat cheese. to choose from including one covered in cranberries!

And my favorite way to eat it? Covered in honey, pecans and fresh rosemary. So simple and insanely tasty!

The artichokes are important in this dip, obvisiouly but make sure to use the marinated ones from a jar. They have much more flavor than regular canned artichokes.

Mix up those four cheeses- cream cheese, mascarpone, cheddar and Parmesan and add a splash of mayo and fresh tarragon. Bake in the oven until golden and bubbly. Sere with your choice of crackers and slices of crusty baguette until you get to the bottom of the dish, then it’s perfectly acceptable to dive in with a finger.

Add some Vermont Smoke and Cure Sausage Meats, some olives, grapes and apples and you’re golden. 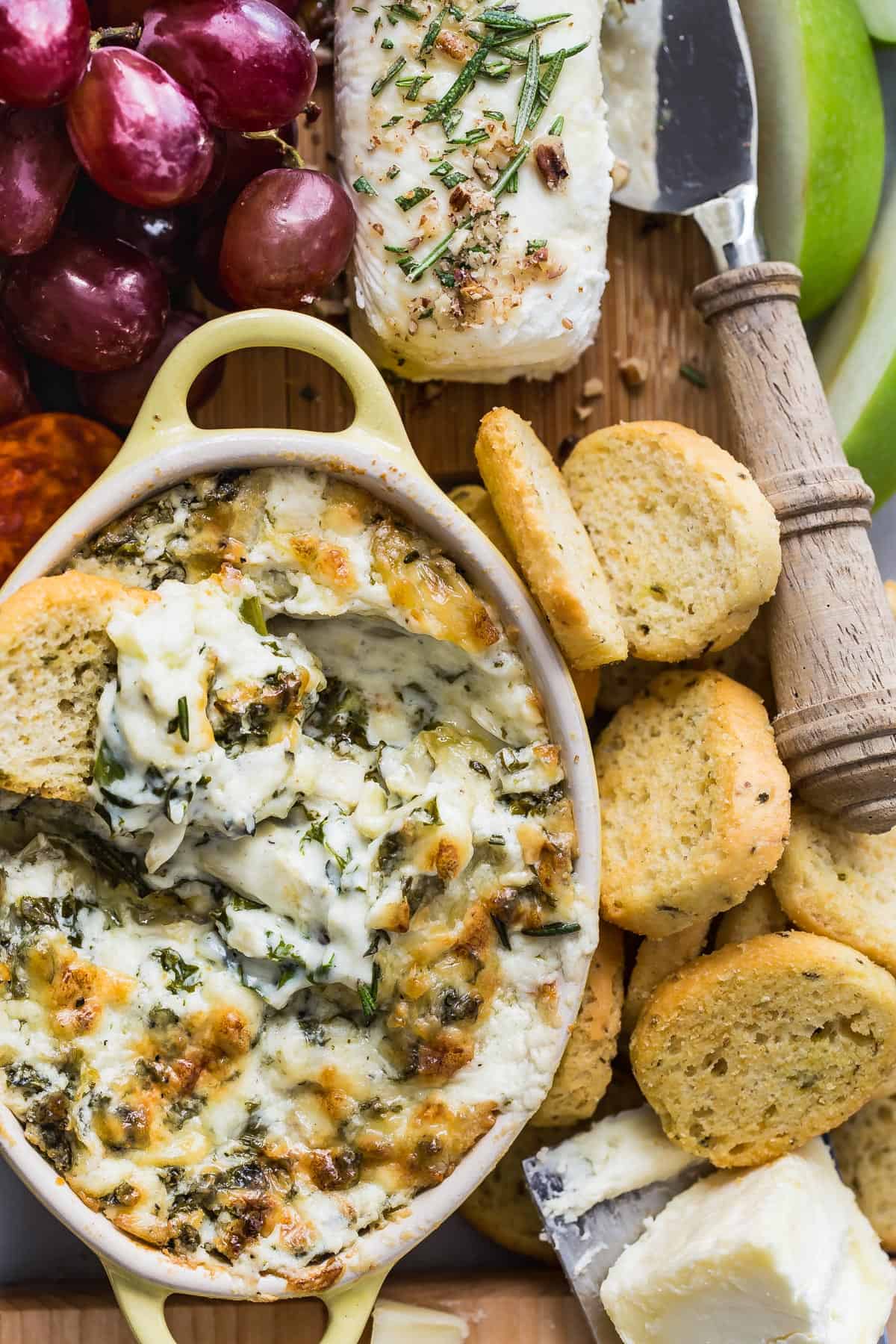 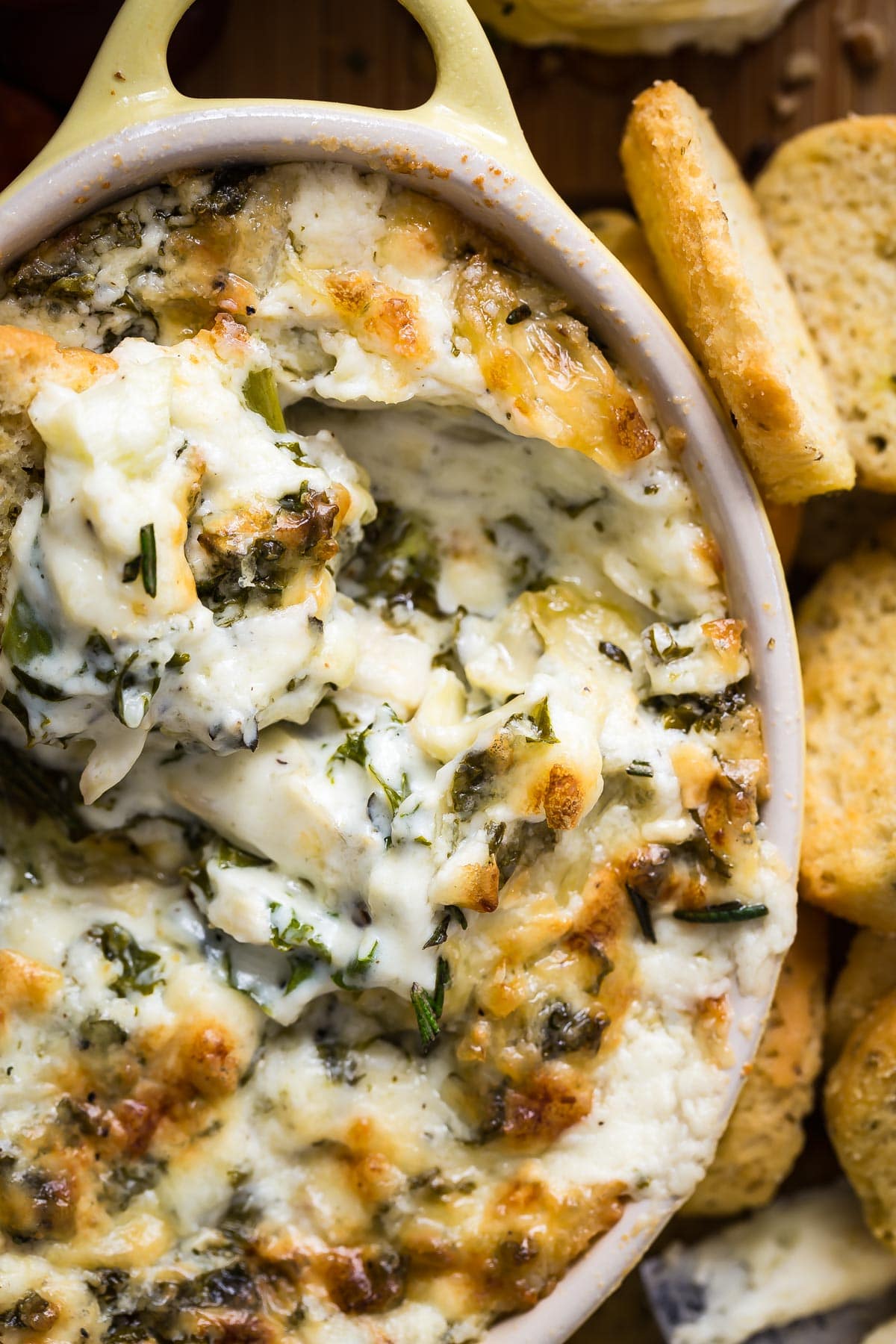 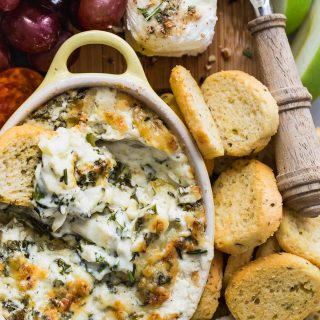 Artichoke and Kale Dip with Cheddar

Course: Appetizer
Cuisine: American
Prep Time: 10 minutes
Cook Time: 25 minutes
Total Time: 35 minutes
Servings: 8
Calories: 296kcal
Author: foodnessgracious
A crazy rich and creamy Artichoke Dip with Kale and four kinds of cheese! This is the dip that you'll roll out at every party and game day for the rest of your life, trust me!
Print Recipe