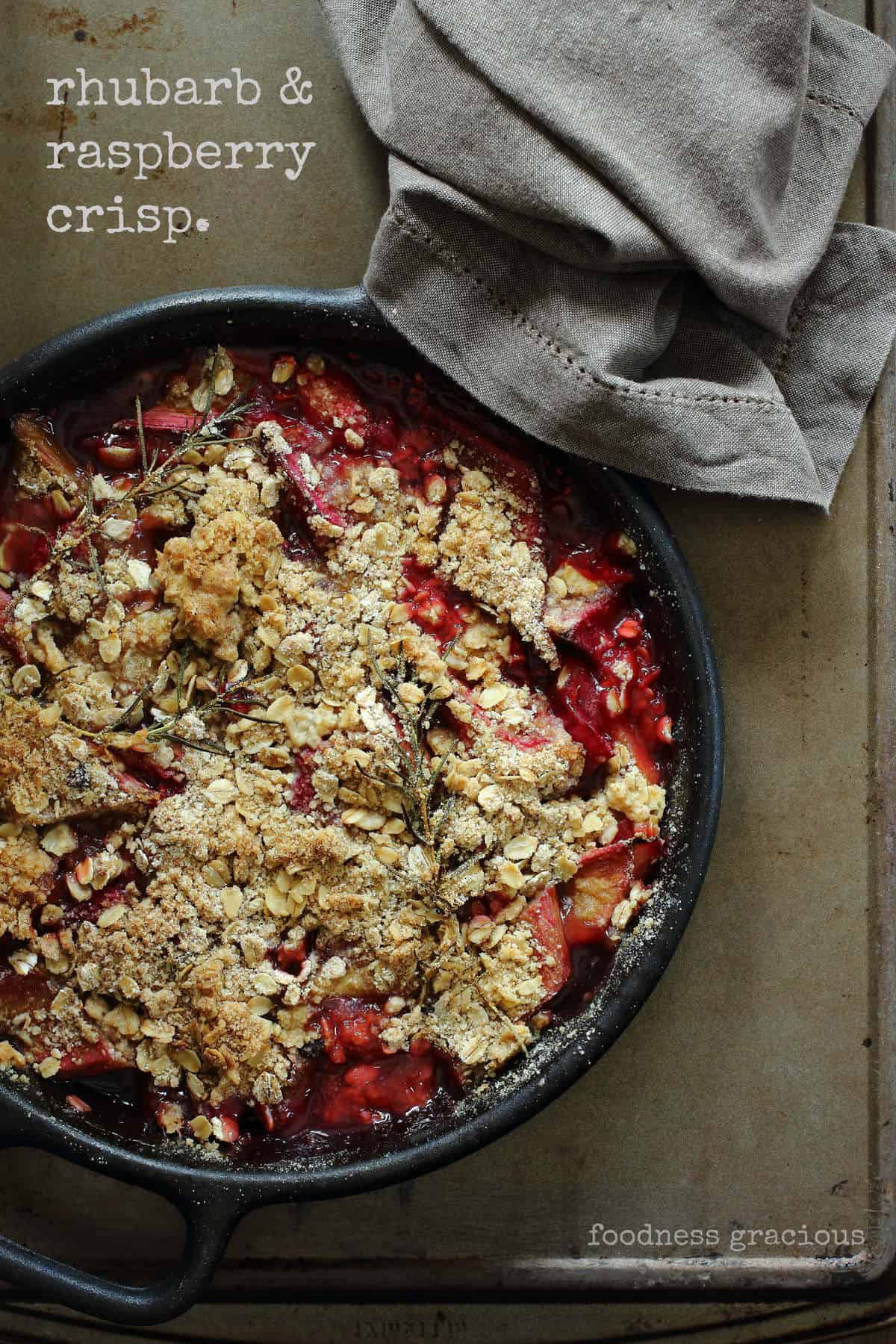 I’m so happy to see rhubarb in the stores. Not just because this signals major dessert making in my kitchen but also because of the memories it stirs up for me. 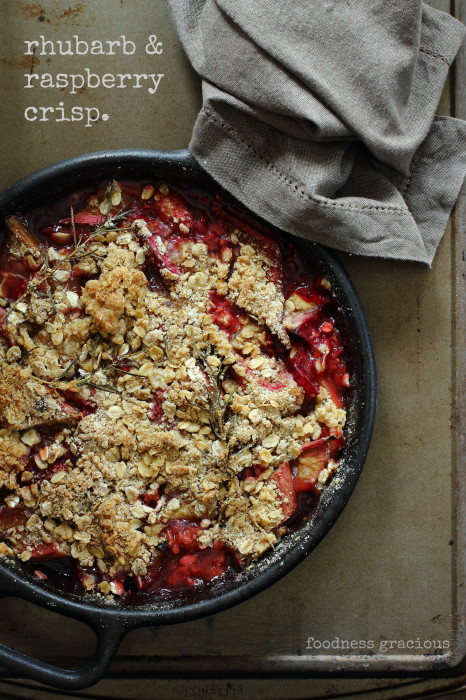 I think we all have some sort of memories triggered by food. The relationship between myself and rhubarb goes way back to when I was a kid. I can remember my dad chopping the deep red stalks from his own rhubarb patch and telling me to take them inside. My mom would wash them and cut me a stick to dip in some sugar. That’s how we did snack time thirty five years ago- yikes! As I grew older, I switched my attention to eating my rhubarb the more traditional way…with custard. I remember having school lunch one day when my buddies and I decided it’d be cool to use our lunch tickets just for dessert. We ended up with four bowls of rhubarb and custard each, which really pissed off the dinner lady in that section. I still can’t believe I didn’t throw up that afternoon.

Another rhubarb connection I have is related to my wife’s grandma who used to live in Milwaukee. We visited her one year when I was still fairly new in the U.S. and I spotted a giant rhubarb plant at the bottom of the yard. I ended up hauling a whole bunch home on the plane to California! 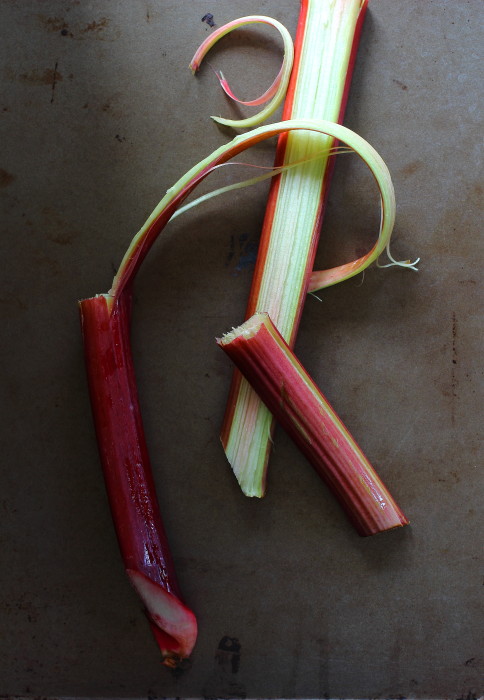 So you can see why rhubarb excites me. I mentioned desserts at the beginning but rhubarb can be used in loads of different dishes. My mission this summer is to challenge myself to see how many rhubarb recipes I can come up with. This Rhubarb Crisp with Raspberries and Rosemary is a great one to start with. Both fruits cook down in a sweet syrup and are covered with a thin layer of buttery rolled oats. I added some fresh rosemary sprigs which is totally optional, the flavor of the herb is super mild.

Leave a comment and let me know if you love rhubarb and what you like to make with it! 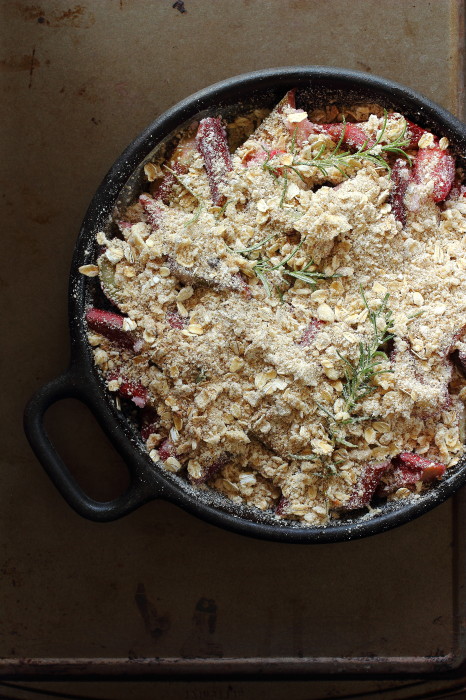 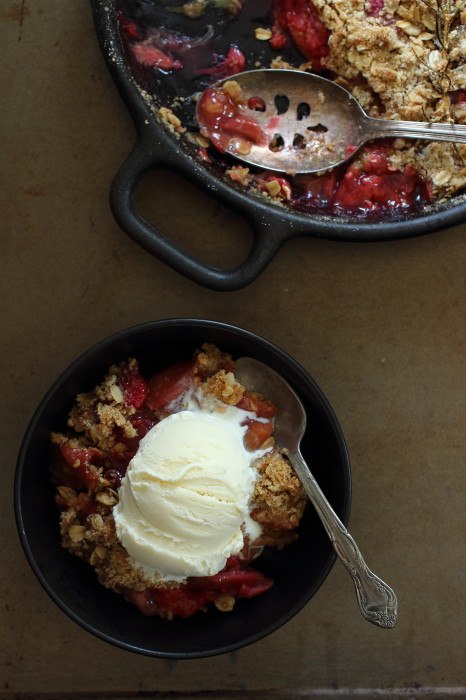 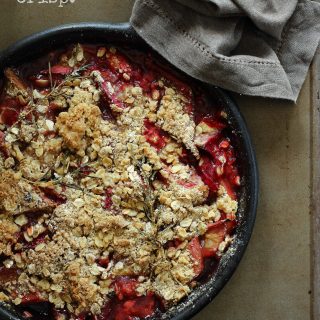 Rhubarb and Raspberry Crisp with Rosemary