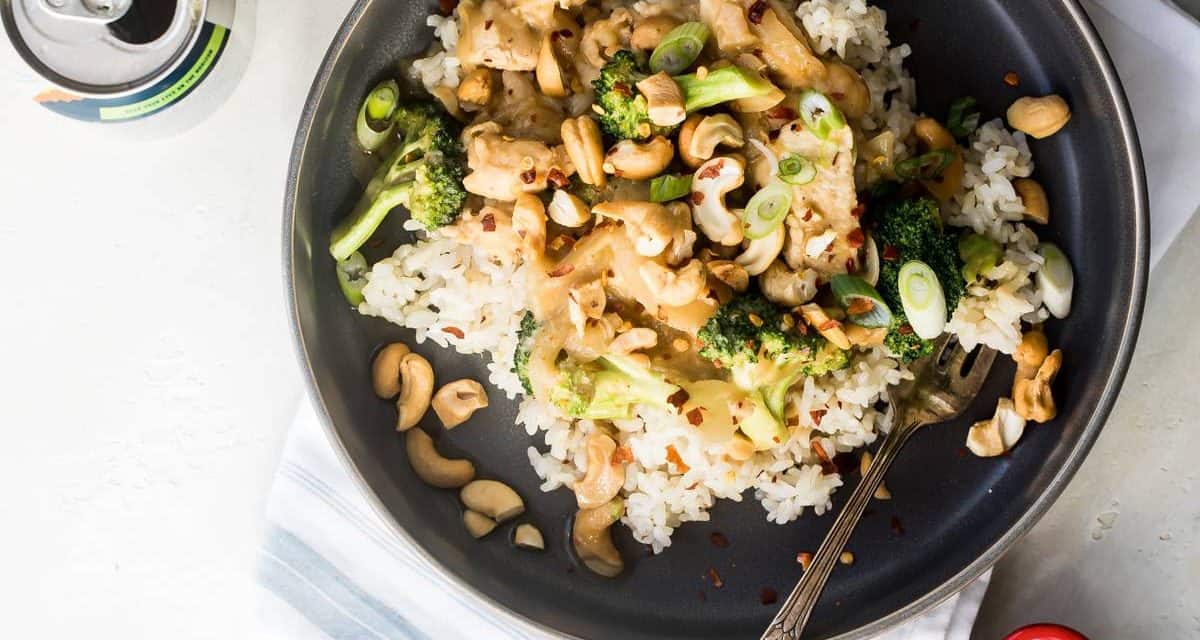 Easy cashew chicken and broccoli made in the Instant Pot! Chunks of tender chicken cooked in a peanut butter and garlic sauce. This is a weeknight dinner special! 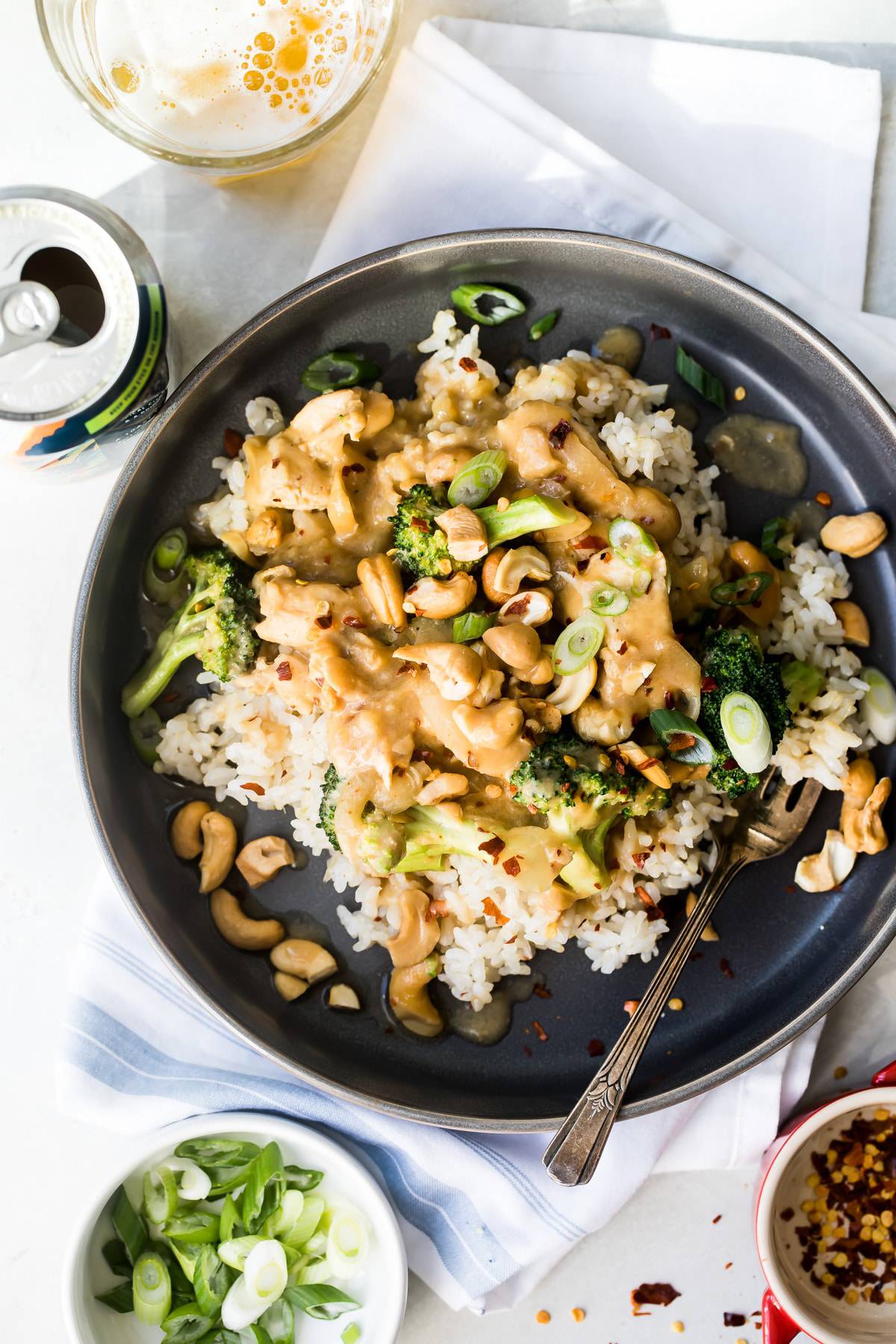 I’ve been baking so much lately, i haven’t posted a regular dinner recipe in forever it seems especially from my Instant Pot. I had almost forgotten how easy it is to cook with it, and how quick! This cashew chicken recipe would usually be made stir-fry style which is also a quick cooking method but the Instant Pot is more of a set it and forget it way of cooking.

How to make your cashew chicken and broccoli

All the cooking is done in the Instant Pot begining with the saute setting. Sear the chicken quickly before adding the onion and then the liquids. After securing the lid switch to high pressure and set the timer for four minutes. After cooking carefully release the steam and open the lid. 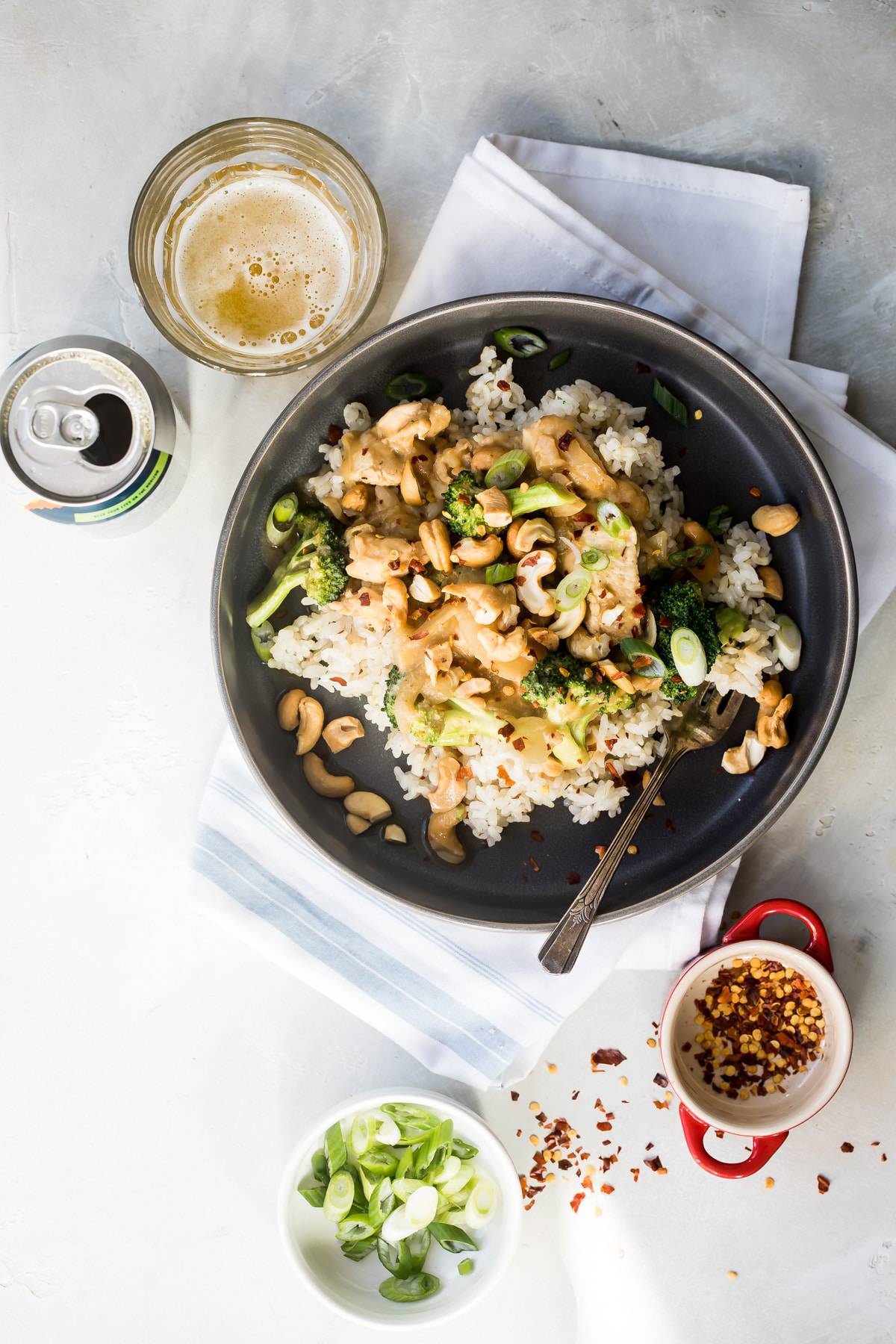 I like to add the broccoli at the end and switch back to the saute setting for a few minutes. It’ll cook quickly using the heat from the chicken and sauce. I tried adding the broccoli to the begining of the process but it became far too soft and mushy after cooking in the Instant Pot. Make sure the florets are small so they cook faster.

If your cashew chicken sauce is too runny for you, you can thicken it by using a cornstarch mixture of one teaspoon cornstarch and one teaspoon water and add it to the Instant Pot. Simmer for a few minutes until thickened.

What to serve with my cashew chicken

Any noodles will work with this recipe. Just cook per the directions and add the cashew chicken over the top. I used brown rice because I like how it soaks up the sauce. Cauliflower rice, quinoa or any other grain would also be good to use. 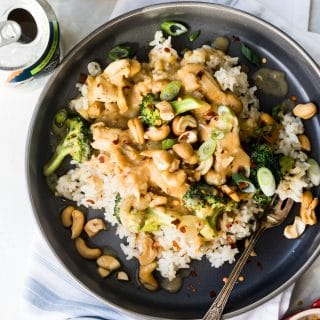 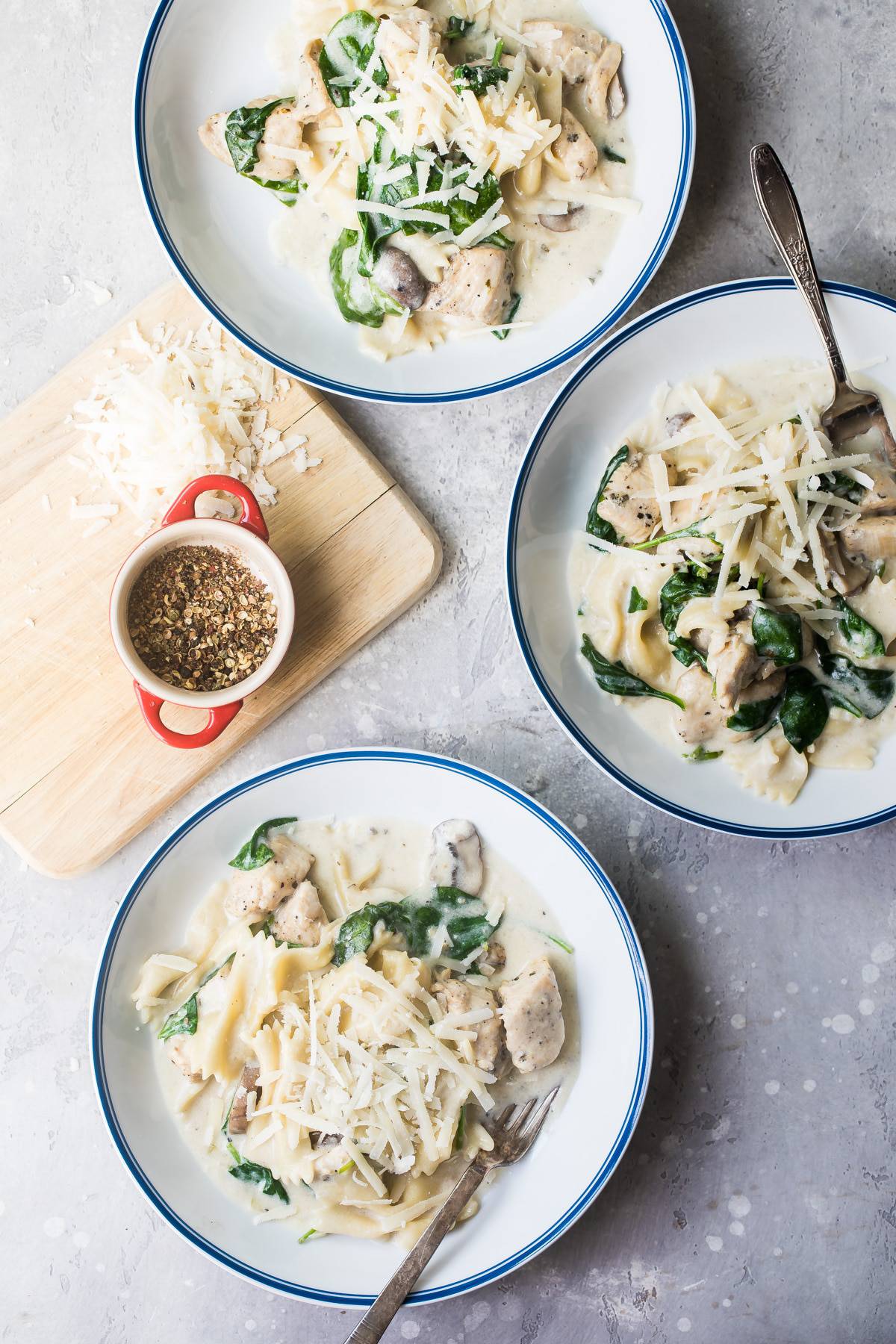 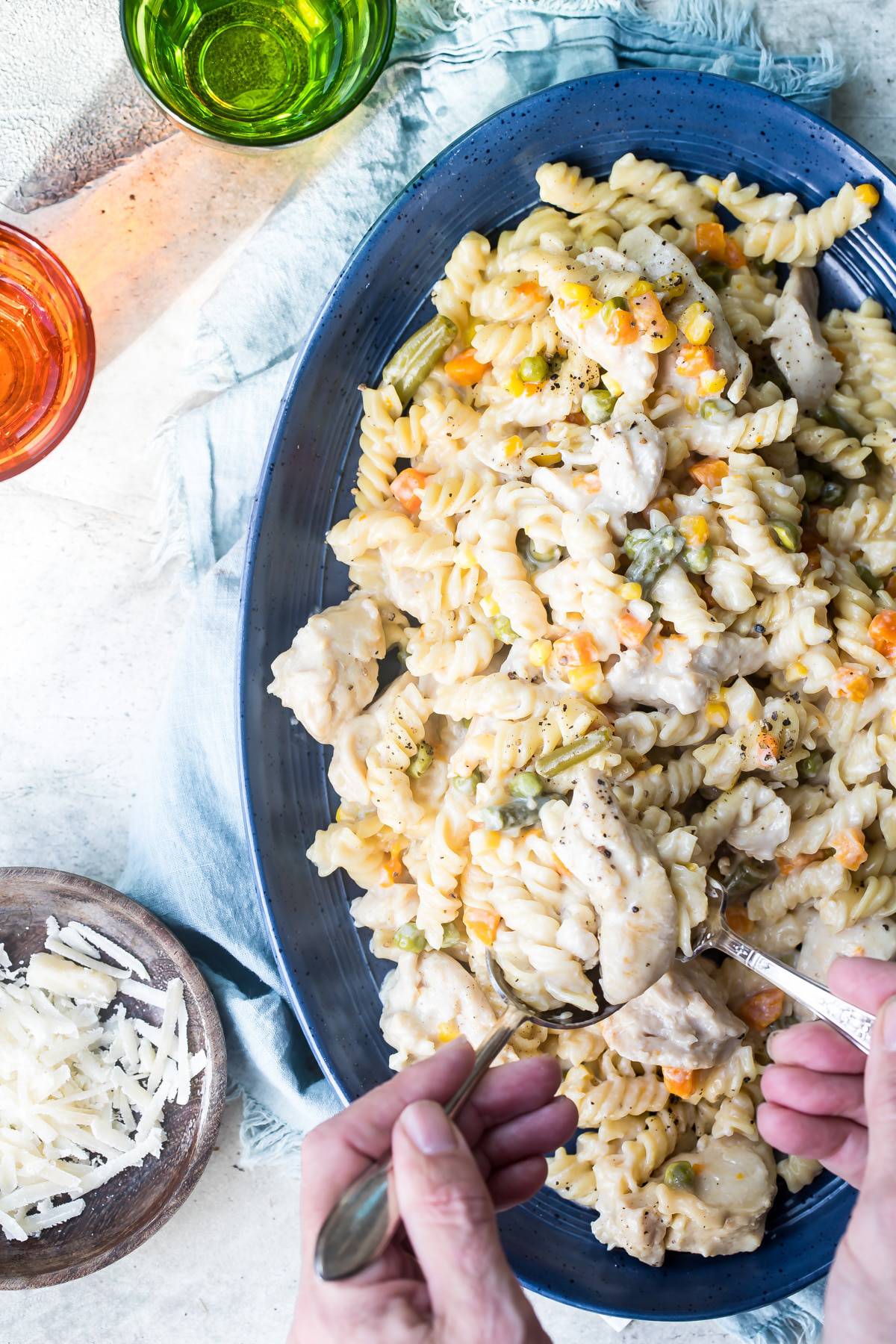 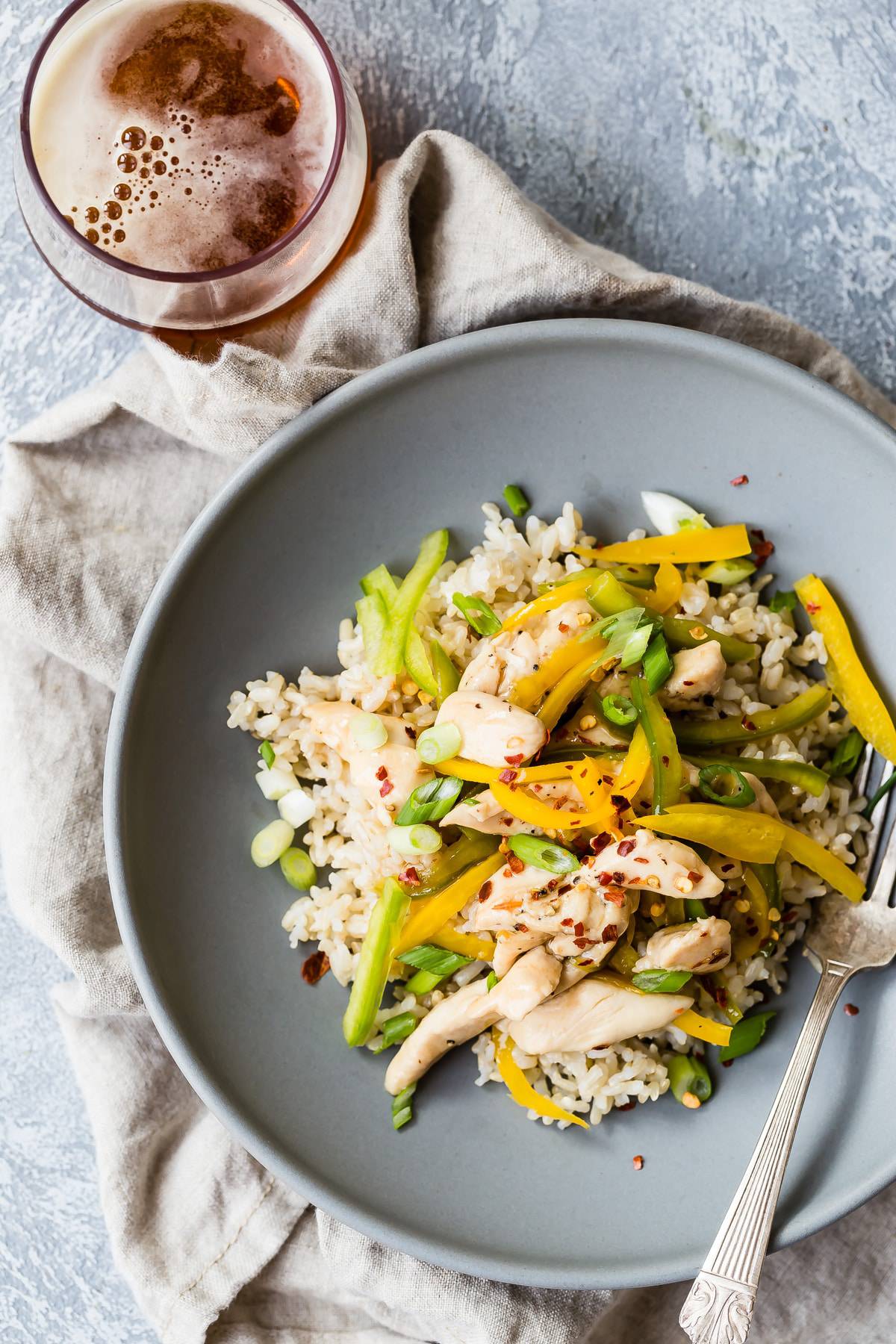 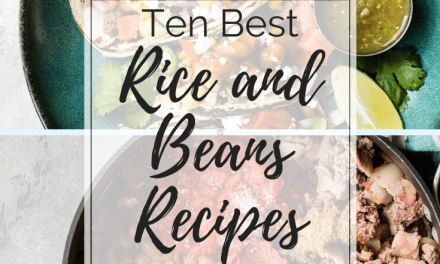 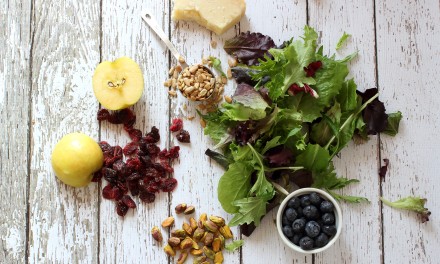 Blueberry and Apple Salad with Parmesan 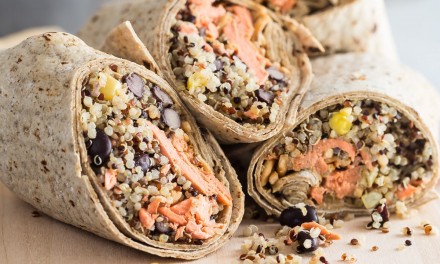 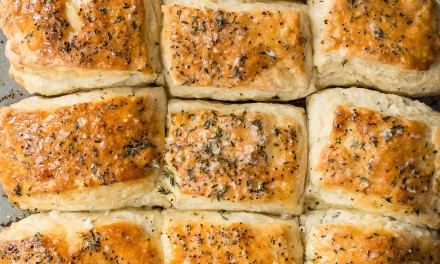