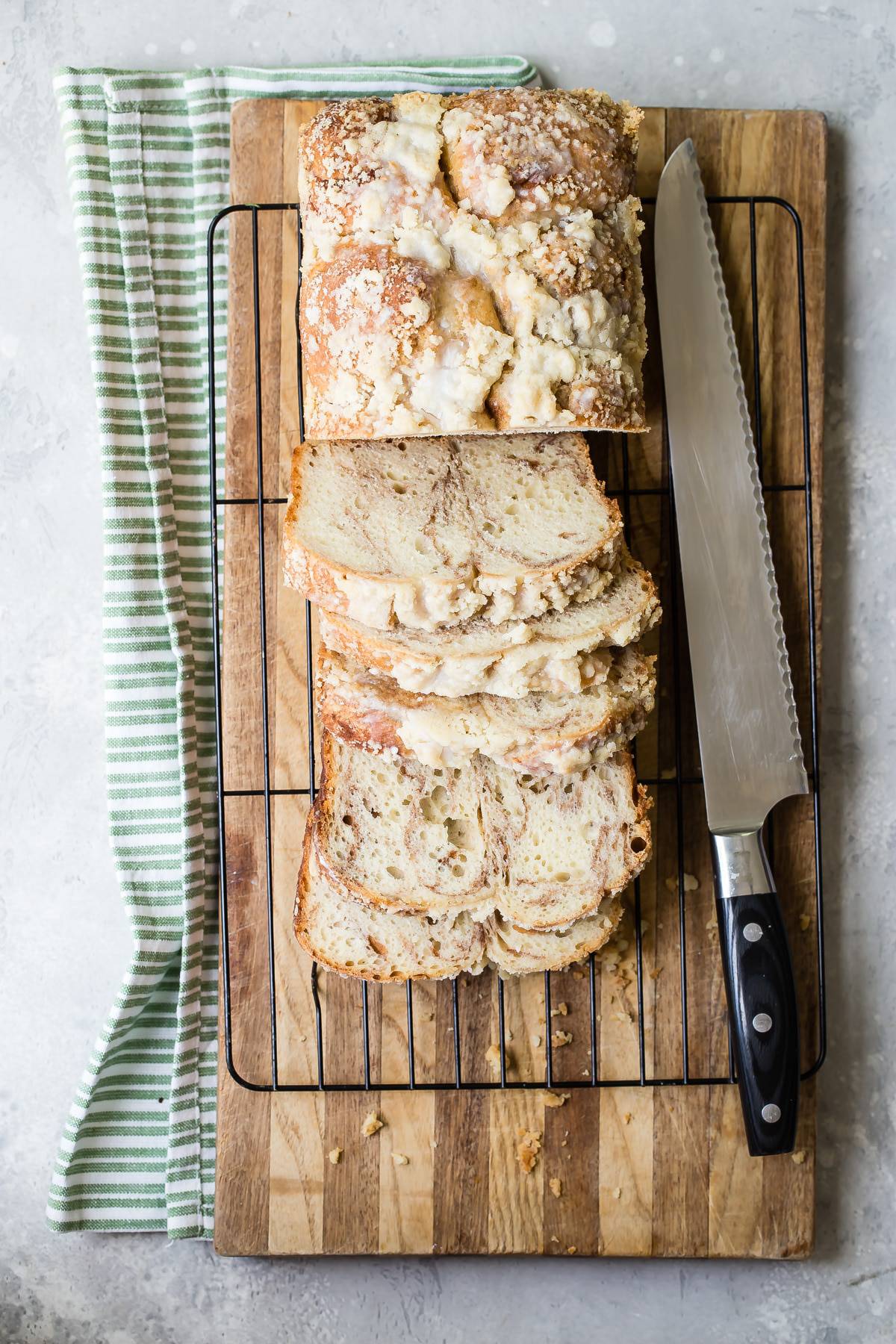 Easy and delicious cinnamon crumb breakfast bread with a light drizzle of sweet icing on top. This is great toasted with a cup of hot coffee in the morning!

I went to my local Costco last week and was hustling my way through the aisles, trying to keep to my 30 minute goal. I know the store like my own home so this short window of time seemed totally achievable even more so because my kids were at school.

That was until I turned a corner and had to pull back on my cart to avoid taking out a group of people lined up at a sample table. I’m a secret hater of the famous Costco sample cult just because they slow everything down. But this sample was different. As I inched my way forward, I noticed it was samples of a cinnamon bread I used to sell when I worked in Whole Foods  years ago. The bread is from a bakery called Greenlee’s  and we used to sell tons of it! It’s more of a dense bread, mainly because it’s loaded with cinnamon and pieces of crunchy, buttery crumb on top. So obviously I had to try and make it at home!

This breakfast bread actually resembles monkey bread but with fewer pieces and smaller. It’s the same idea of dividing the dough into small balls of dough and then tossing them in cinnamon and brown sugar.

Working with dough and yeast can be intimidating for some people but if you’re gentle with it and always let it rise to at least double the size on the first rise, then you should be okay. Don’t let it over-rise or the cinnamon bread will collapse Â when you bake it.

This bread should be served warm and I like to spread some really good butter on top of it also. It would make some really good French toast or lay a slice or two on a plate and drizzle with maple syrup and a dollop of whipped cream!

I recommend always keeping it wrapped or it drys out quickly. No refrigeration is necessary. 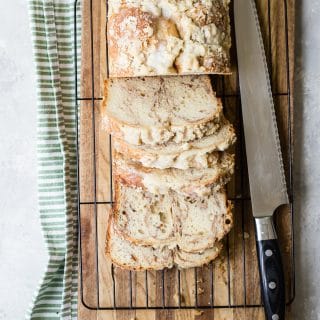 This is a very sticky, loose dough. You have to work fast and handle it as little as possible. It’s a very rustic bread so don’t worry too much about it looking like a perfect loaf shape.
Rising times may differ due to different environments. Hot places are always better to let breads rise, like laundry rooms, stove tops with the oven turned on or direct sunlight. From the Tassajara Bread Book