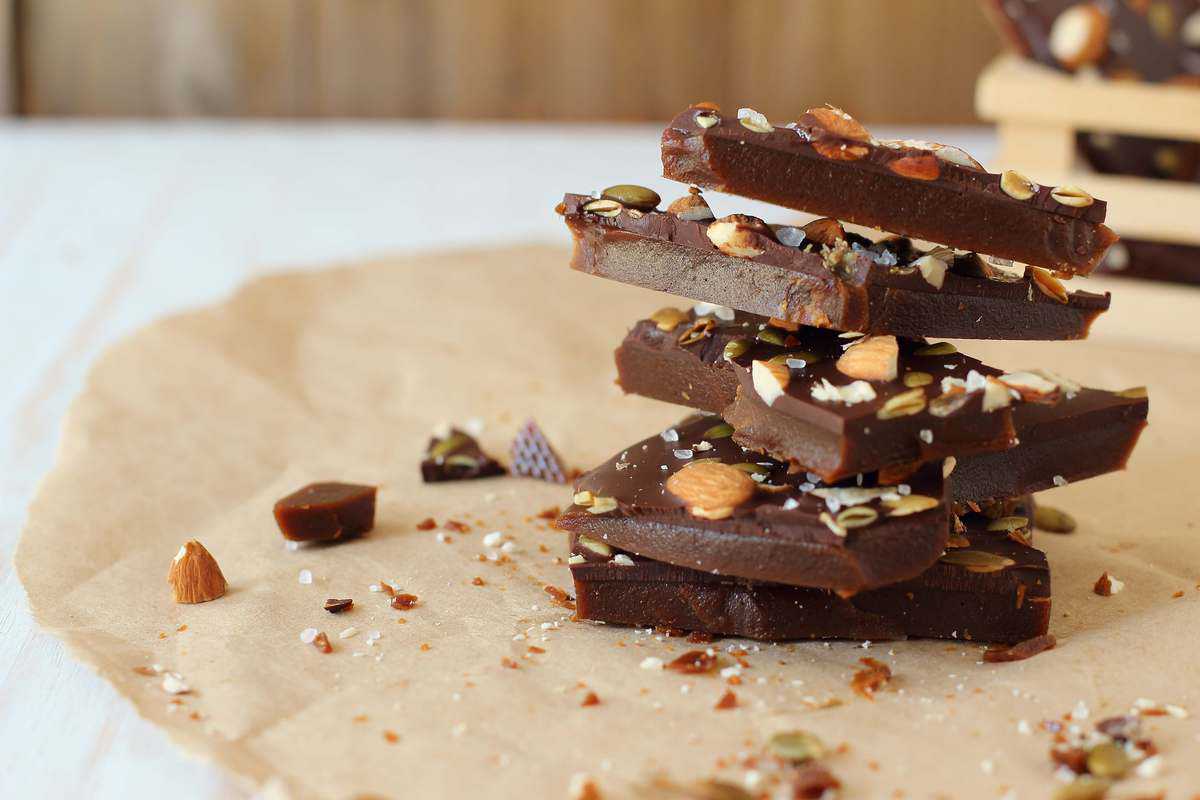 It feels like an eternity since I posted a candy recipe. Truth is, after making so many Toot Sweet Caramels the last thing I want to do is come home and make more caramel. But I’ve had this bark picture stuck in my brain for a while and I have to set it free! 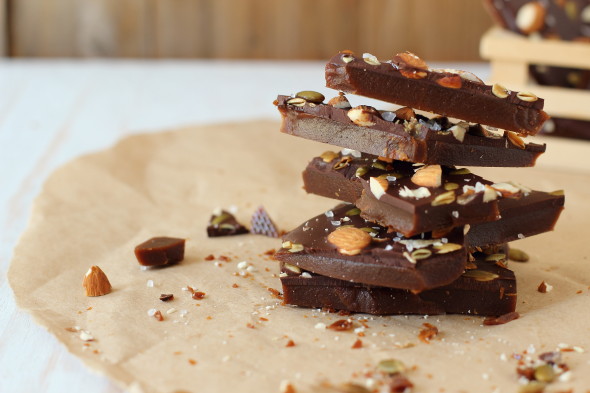 I think the reason I wanted to go ahead with this recipe is that bark is one of those things where messy is a good thing. It just wouldn’t look the same if it was all nicely cut into same size squares. Now that holiday season is coming at us us like a shuttle re-entry, bark can also be made as a cool gift. Seriously, who doesn’t like chocolate and caramel? Adding pumpkin to caramel was a first for me and I wasn’t sure how it would turn out. Caramel can be affected by lots of things like humidity and adding moisture. If you add anything to caramel, add it at the end because the intense heat usually will burn out all of the flavor. 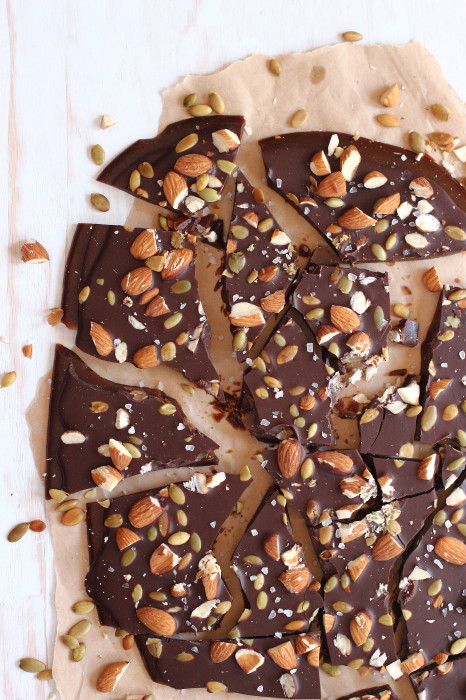 This caramel bark pumpkin recipe was cooked to a temperature of 290 degrees using a candy thermometer. This temperature is way higher than I’m used to. But as I mentioned, it doesn’t really matter because at the end of the day all you’re going to do is smash it up! I added some chopped almonds, pumpkin seeds and sea salt as a topping but you could switch things up to suit yourself. Nuts, dried fruit, candy and marshmallows are all great toppings to use. 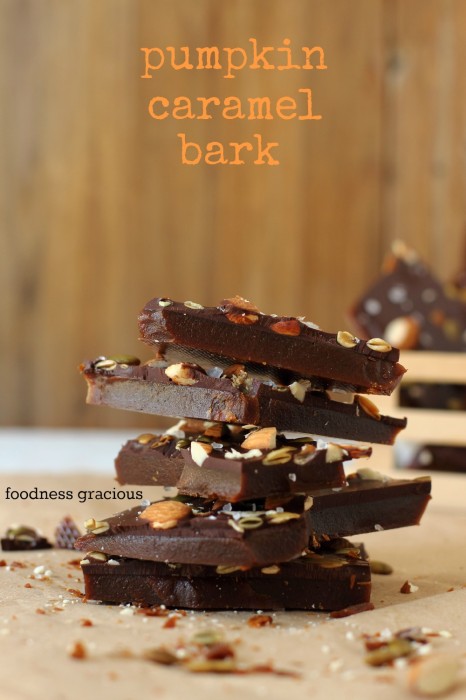 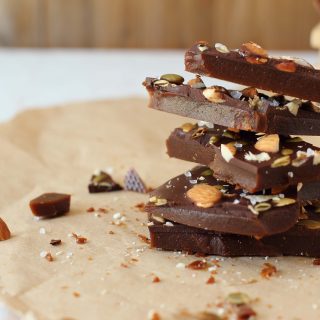 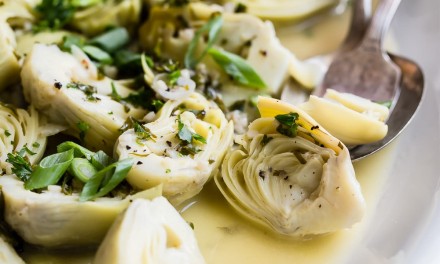 My Week In Ten Links 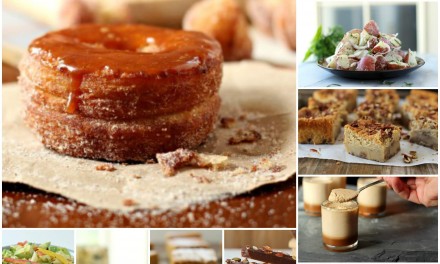