My designated partner blog for this months Secret Recipe Club was Plain Chicken. Steph, the owner of this blog is passionate about her food and scrolling through her recipes trying to choose one to make was a tough job. I did notice she is almost as passionate about football as she is about food with many tailgating dishes in the recipe index and I’m sure if you met her in the parking lot outside the stadium she would have enough to feed an army and be hollering for you to join her!

I ended up choosing her Hershey’s chocolate brownie. A plain and simple brownie but it sounded just how I like them, a little chewy and not too cakey. As I was making them I added some peppermint oil to the mix just because it’s Christmas. Unfortunately my adaptations didn’t stop there, I also had some white ganache in the fridge which I wanted to use up so that was spread on top  after the brownie had cooled. Steph, please don’t think I was trying to overshadow your awesome brownie but it just kept inspiring me to do a little bit more and chocolate peppermint brownies were born. I would use this brownie mix again and really like the fact that there was so much cocoa powder used in it and not the dutch processed sweetened stuff. It tasted like real chocolate and was on the chewy side. Teamed up with a half pound of butter this was a brownie recipe to keep! 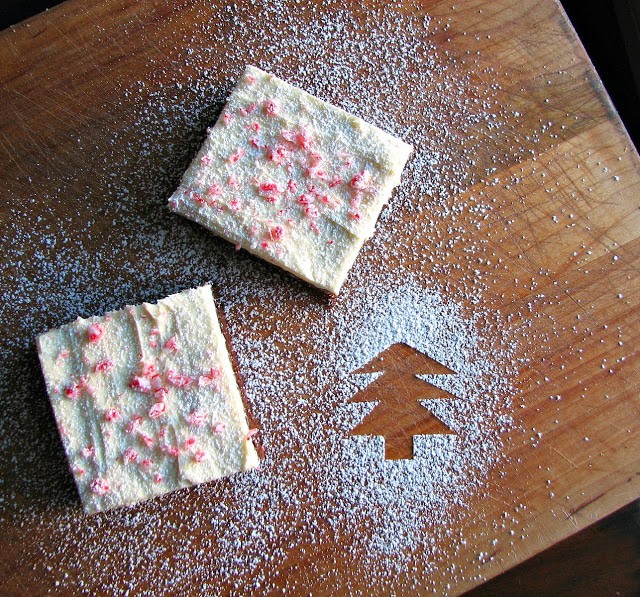 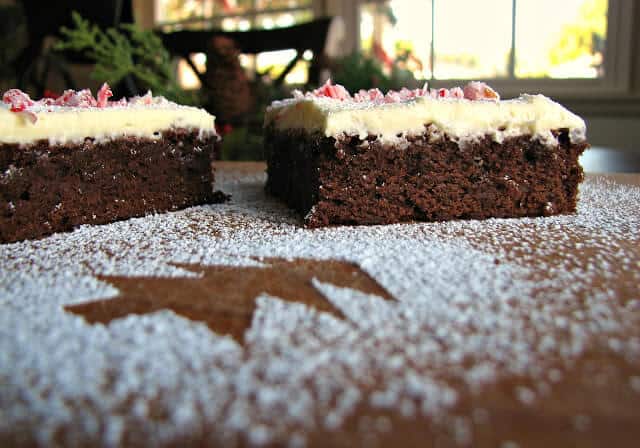 Here’s the recipe from Plain Chicken:

Preheat the oven to 350 and grease a 13x9x2 baking pan. Microwave the butter until melted and stir in the sugar and vanilla.
Add eggs one at a time beating well after each one. Add cocoa powder and mix until well blended.
Add the flour, baking powder, salt and nuts if your using them and mix well until blended. This is where I added about 1 tsp of peppermint oil.
Bake for about 20 minutes and then start checking the middle, mine baked pretty fast so they took about 25 minutes total. Cool completely and then slice into bars.

I covered them with a thin layer of white chocolate ganache and a light dusting of powdered sugar. I also stole two candy canes from my daughters gingerbread house, which I chopped up and then sprinkled on top. She hasn’t noticed yet but if she does I’ll probably blame her little brother who has already been caught reaching up to pick stuff from the house. You just can’t mess with evidence like that!

Heat the cream until it just boils, take it of the heat and add the chocolate and let melt stirring gently. When the chocolate is all incorporated and smooth add the butter until smooth and shiny. Let cool to room temp and fluff it up by hand really fast until it becomes like a frosting. Spread generously over the cooled brownie sheet before cutting. When set cut with a sharp knife. 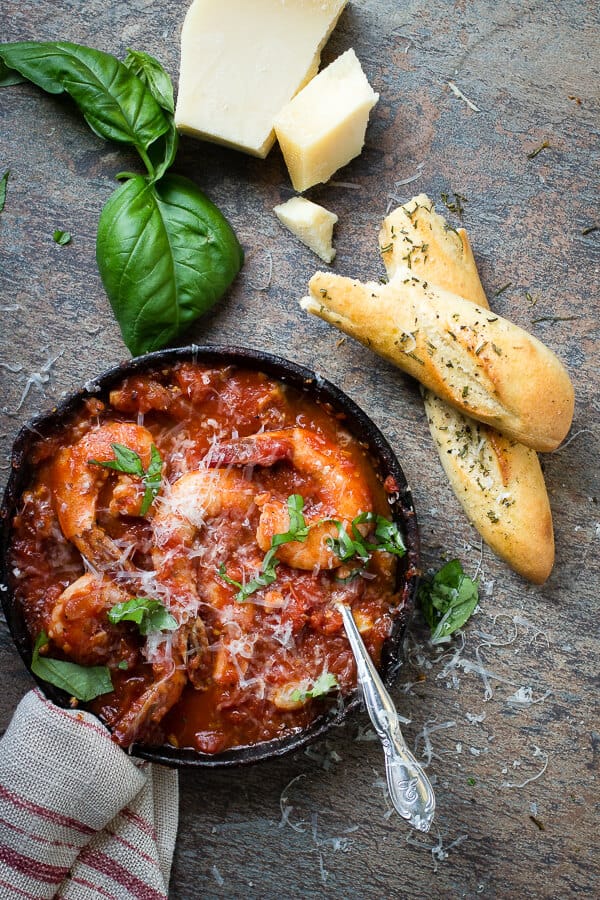 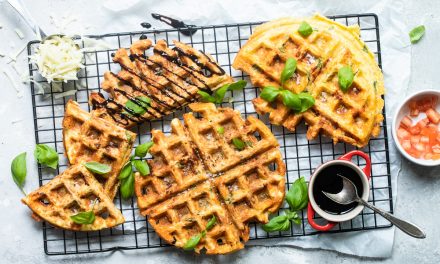 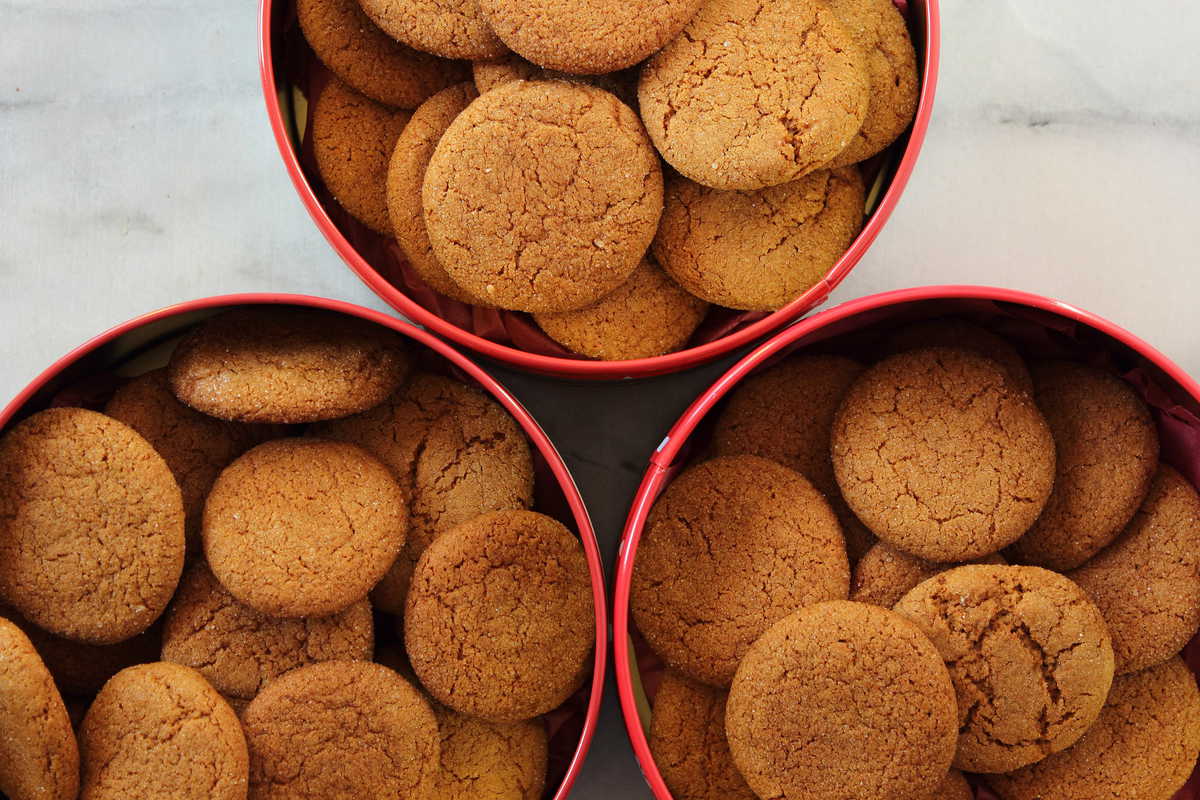