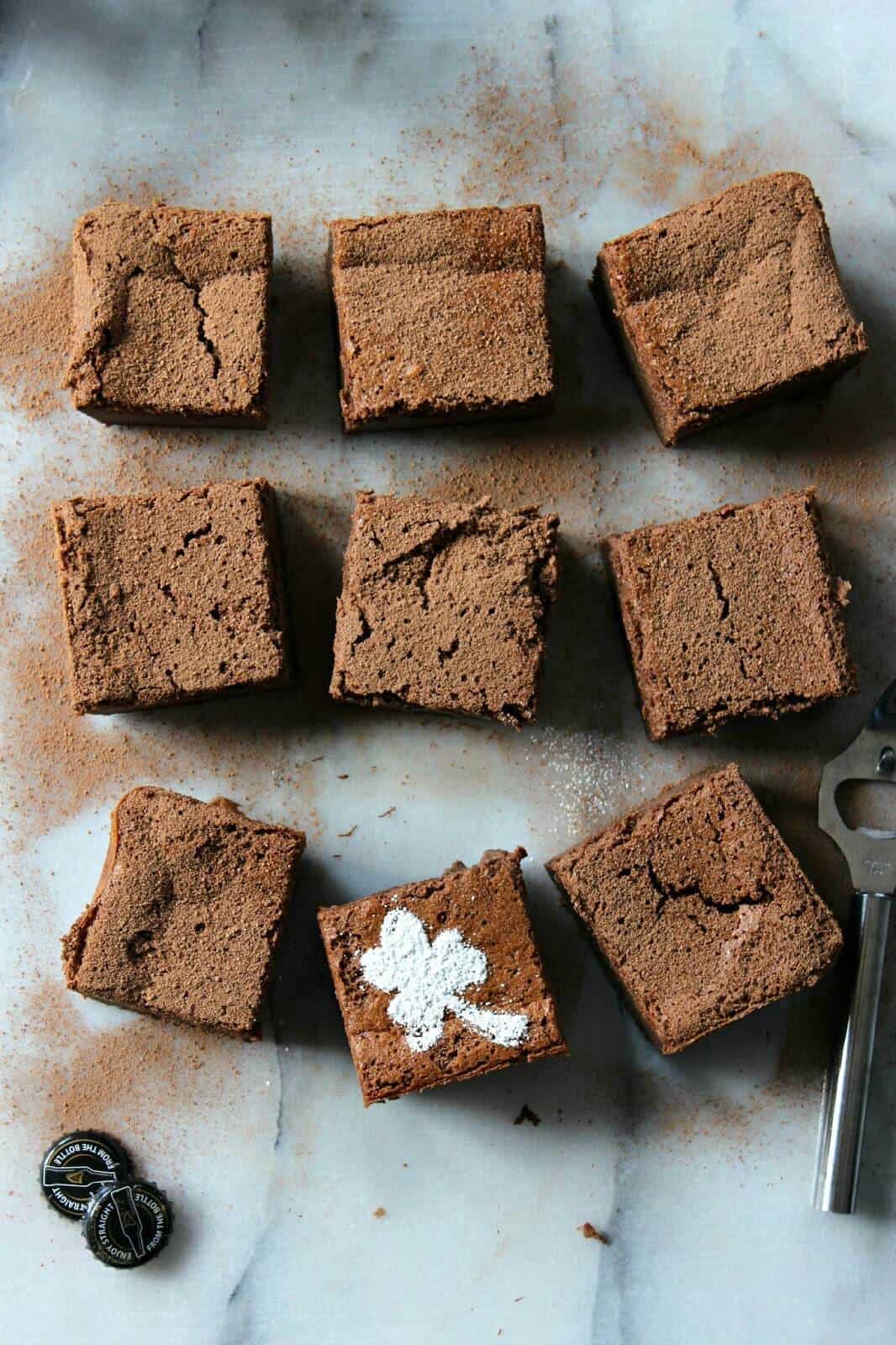 I had never heard of this magic cake recipe until Diane and Todd from White On Rice Couple posted this version of it recently. Of course it looked stunning, they’re pretty good at making that happen. But if you read the post carefully Diane makes this cake sound sooo good. After reading about it I knew I had to make it! 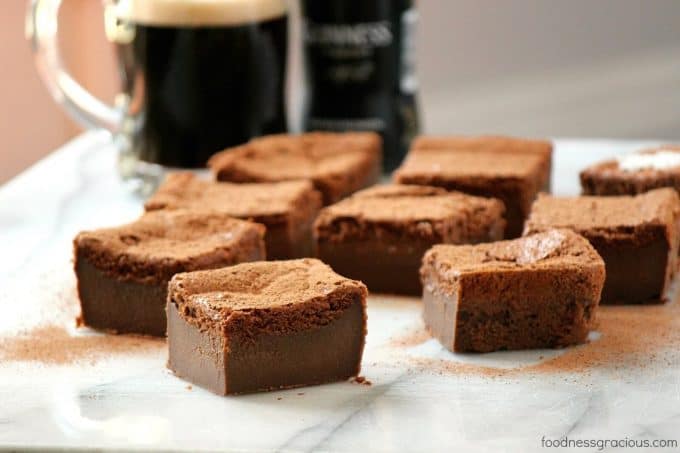 I love bars- the square brownie kind -although I do like the loud beer versions too, and as if the first magic cake wasn’t good enough Todd and Diane came up with a chocolate version!

Your probably thinking why is it called a magic cake? The magic is in the baking. As you work your way through the steps you’ll do a lot of second guessing and checking the ingredients. It starts out thick and really hard to beat and turns into a watery, curdled looking sludge. Hang in there, once it gets in the oven the batter separates producing a really rich and creamy base with a fluffy cakey top. 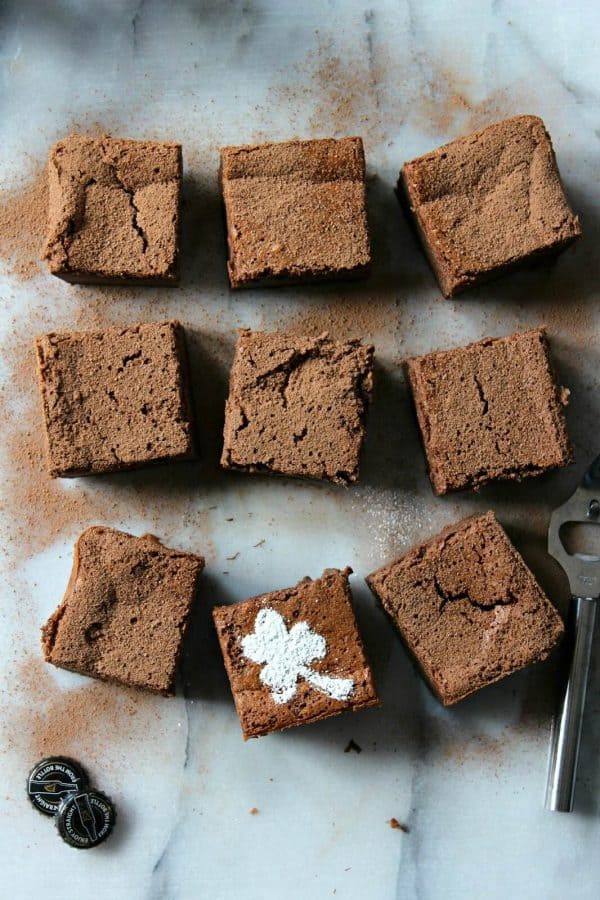 I always like to come up with a twist on a recipe rather than a straight copy from another blog or cook book. Nothing against anyone who does but I just like the challenge. Sometimes this can be a pain, pushing posts back if there’s no creativity in the noggin’. My first thoughts for this magic cake recipe was to make a citrus version, which I’d still love to do but with so many Irish recipes around right now the Guinness seemed like a solid choice. I had tried a few Guinness chocolate cake recipes lately and was really disappointed with the flavor, or lack of it. If I’m going to taste a cake laced with Guinness I sure as heck want to taste the beer! This magic cake recipe delivered that taste. I didn’t really have my doubts as I added a whole bottle of the beer, I even thought it might be too much but the taste is totally there without getting weird. The recipe calls for two and a half cups of milk which I cut to one cup and replaced the rest with the Guinness.

Eat it as is, or plop a dollop of whipped cream on top. This is a keeper for the St Patrick’s parties… 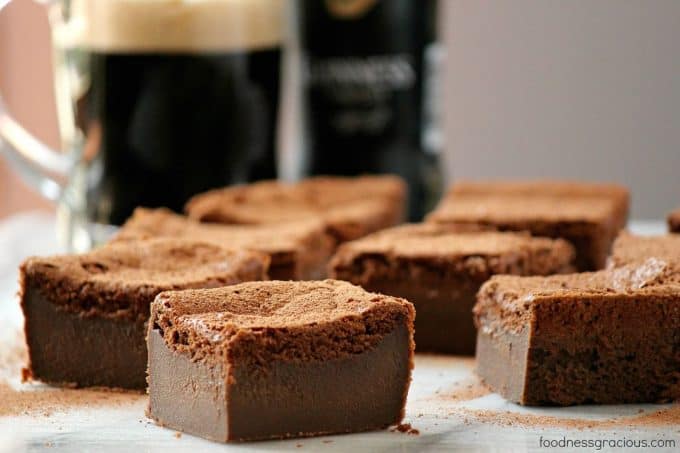 The cake will be much easier to cut and serve when left to cool. I cooled mine for 24 hours which was really hard (I sooo wanted to taste it) You could cut into it after an hour or two in the fridge.