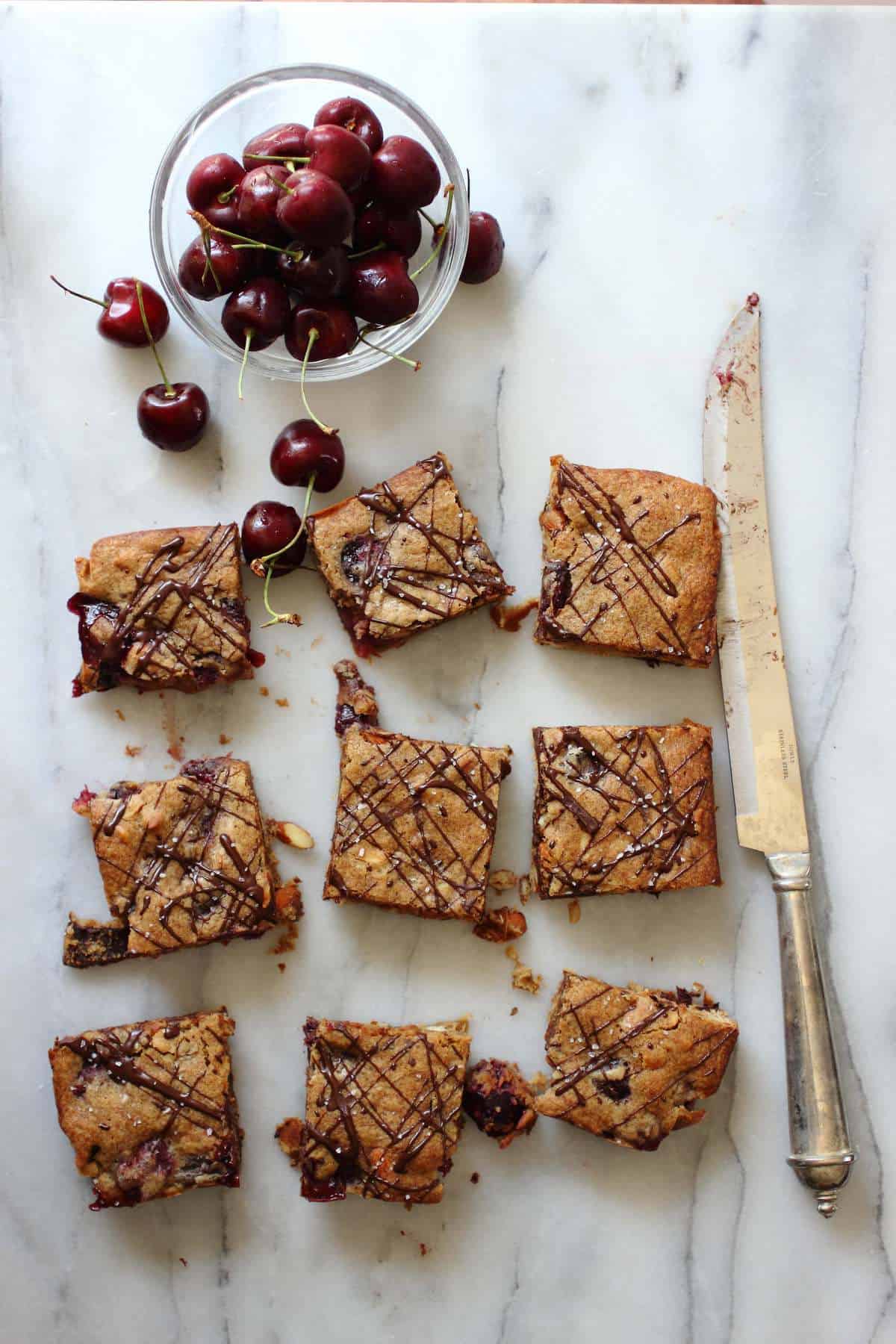 Cherry season is popular in my house, I can tell by the heavy stained shirts and crimson red chins. So when my wife brought home a huge three pound box of cherries (thanks Costco) it was time to get my cherry pitter ready! These cherry chocolate almond blondies were about to go down. 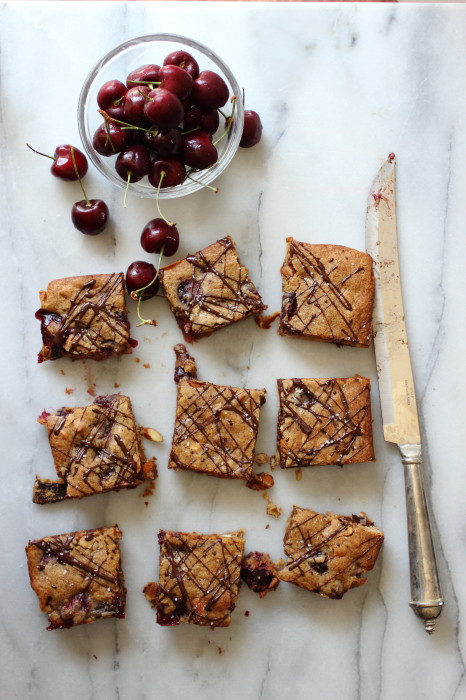 As much as I like brownies I think I might prefer blondies. The dark brown sugar gives them that malty flavor and they’re such a blank canvas for so many ingredients. I messed around with this recipe from Smitten Kitchen where Deb calls them “Infinitely Adaptable” and that’s so true. Before I bake with cherries I like to add some extra flavor and soften them up a bit. Usually a drop of liquid and some sugar will reduce them down into a syrupy sauce and then you can fold them in to whatever you’re baking. Another benefit to doing it this way is that the soft cherries will break apart and you’ll end up with more of a swirl through the dough rather than a whole piece of fruit. I’m all about the swirl and mixing my flavors! 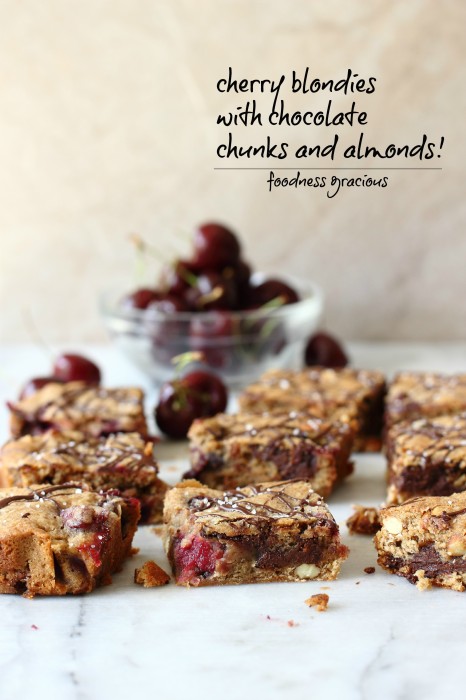 When I saw Deb’s recipe I knew it would be good. Heavy on the dark brown sugar and lots of butter makes for a perfect blondie. All I had to do was add my squishy cherries, big chunks of salty dark chocolate and almonds. I almost went with white chocolate but after a quick Facebook poll, it fell to the dark stuff, next time I’m definitely using white chocolate. Because I added extra ingredients, the baking time took a little longer but watch it carefully. You want these blondies to be moist, a slightly under cooked blondie wont kill you but a dry blondie will make you sad. No drippy tears are allowed in these blondies! 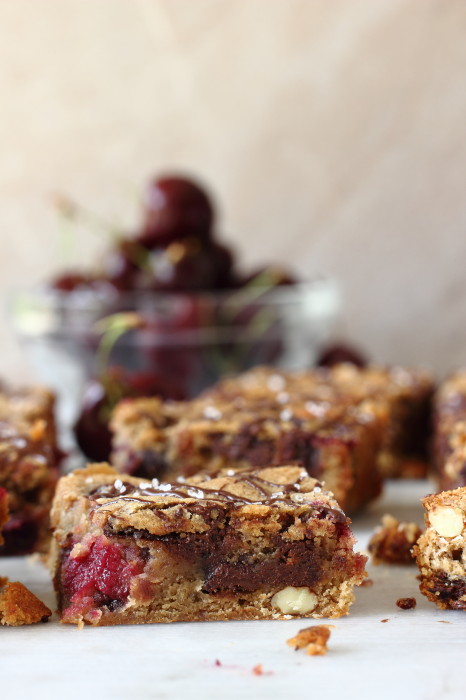 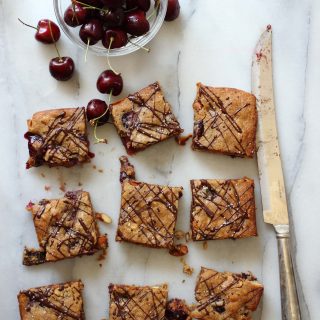 Make sure your work area is well dusted with flour when rolling out the pastry dough. Once the butter starts to get warm, it can stick to the table and your rolling pin, so work fast.
If you don't let the pastry rest in the freezer, the sides may shrink when baking. Adapted from From Smitten Kitchen, http://smittenkitchen.com/blog/2006/11/blondies-for-a-blondie/ 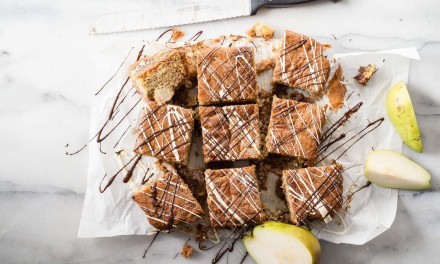 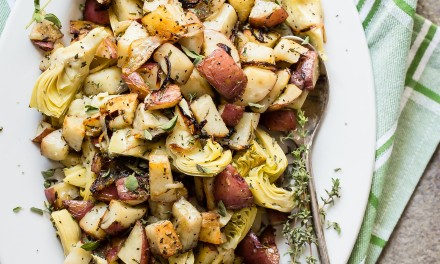 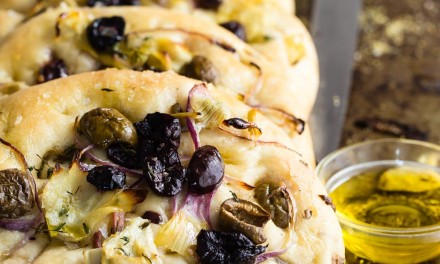 Focaccia Bread with Olives and Artichokes 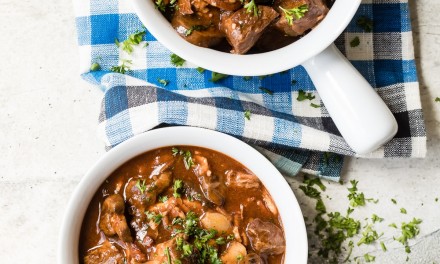 Beef Stew with Mushrooms In The Instant Pot