I make caramels regularly, so much so I could probably do it with my eyes shut but I don’t want the sugar burns. That pain is like a kazillion tiny needles piercing your skin or just one giant jackhammer thumping down on your finger. Can you tell I’ve experienced my fair share of boiling sugar burns but I’m not bitter. For these caramels I use my basic recipe but I keep hearing about this ingredient called brown butter. What is it you ask? Well it’s really just what it says, butter which has been melted until it becomes a deep golden color with tiny black flecks swirling around the pan. Watch it carefully or you may end up with black, smoking butter like I did the first time I tried to make it, not cool!

I had heard of brown butter sauce before but used only being used in main courses or savory dishes, never desserts. The butter takes on a slightly nutty flavor to it, perhaps this is why the French call it Beurre Noisette (hazelnut butter) I wanted to try it after hearing Jessica from The Novice Chef,  constantly rave about using it in her recipes, check out her amazing blog and brown butter experiments! I thought using it in the caramels would be a no brainer as the butter has to be melted anyway so why not take it that little bit farther and get that golden nuttiness. I would love to try another recipe where it asks for the butter to be creamed, I’m assuming you would brown the butter and then cool it to solidify and then cream it, any advice or experience on this part anyone?

Butter- melt it, brown it, use it to make sweet things happen on your tongue! 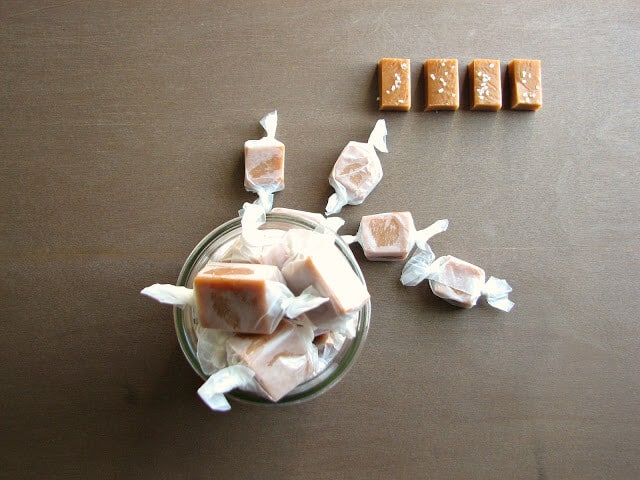 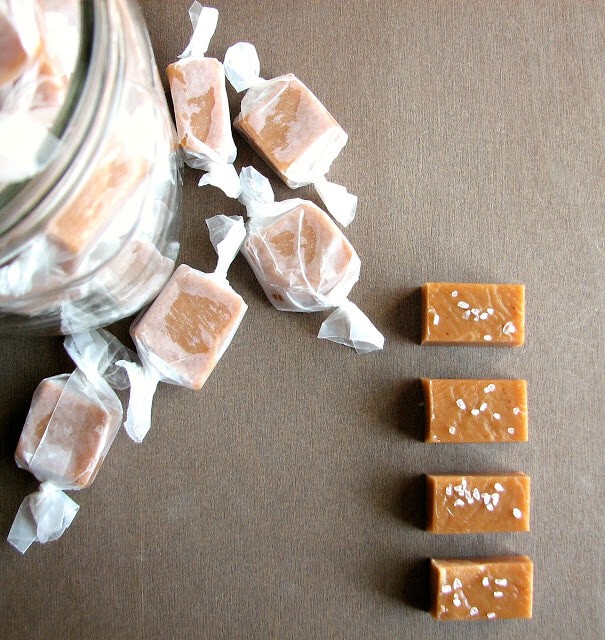 Prepare an 8×8 brownie pan lined with parchment paper making sure it hangs over the sides a good way.
Melt the butter and when golden add the rest of the ingredients except the vanilla. Mix gently until incorporated and bring to a gentle boil. Insert your sugar thermometer and boil until 250 degrees. Take the pot off the heat and add the vanilla, stir swiftly until well mixed and pour caramel into the prepared pan, sprinkle with sea salt if you like. 250 degrees will give you a harder caramel, chewable but a workout for your jaw which is how I like them. If you prefer a softer candy try taking it off at 240. Wait until cool and lift the caramel out of the pan using the edges of the parchment. I cut them into strips using a small sharp pairing knife and then take each strip and cut that with a large cooks knife. Wrap in wax paper and store in an airtight container or bag. 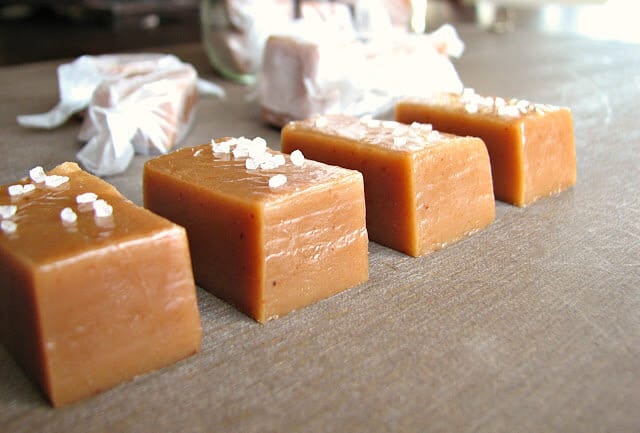 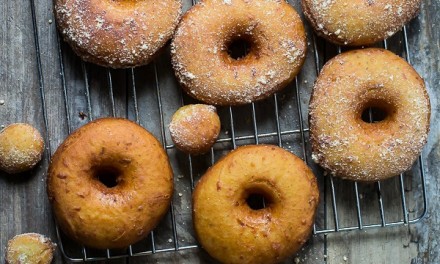 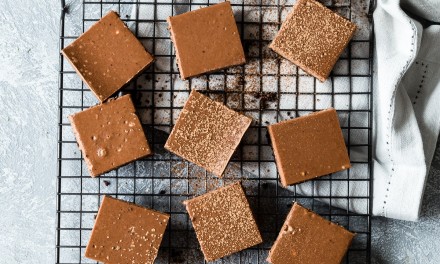 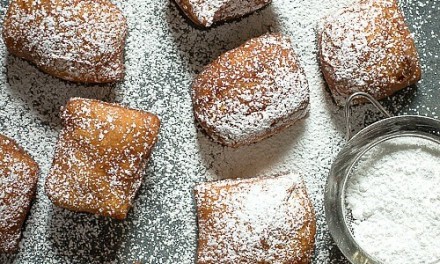