Well, this recipe feels like it’s been a long time coming. I have been craving fish tacos for a while and had been planning to make some last week. I missed the window with some Dover sole which went bad on me, but luckily I had some catfish in the freezer. I left it in the fridge to thaw out and the days have just been ticking by. There was no way I wanted to lose more fish so tonight was going to have to be the night.

This was the first time in a long while that I used beer batter, but these turned out really good. The batter was light and crunchy and even held its crunch after sitting in the oven for 20 minutes, keeping warm. I have a strict rule about consuming deep fried food and that is not to eat it all that often, but more importantly, eat it as soon as it leaves the fryer or it’s probably going to get mushy. I’ll never get fried take out, even tempura because I know when I reach home it’s adios to my crunch. This batter was simple to make and I made way too much of it. I’ll know next time to half it as a little goes a long way. Want to hear something crazy? I mixed the beer and flour together and then went to add some Cajun seasoning which just so happens to be in the same container and the same color as the cinnamon sitting right beside it. Yip, I added cinnamon to my beer batter! Luckily it wasn’t a huge amount and knowing that the rest of the family were just about to walk in the door ready for dinner, I passed on the opportunity to make a fresh batch. I managed to skim the powder from the surface with a spoon and all was good, though my wife did say she could taste a hint of cinnamon. Whatever.

I served these catfish crunches on corn tortillas with some shredded cabbage, Parmesan and a blob of mayonnaise on top, mixed with hot sauce and paprika. On the side I had some salsa from my very favorite Mexican restaurant, Supermex, which is a small, family run business here in Southern California. I think it’s so good that any time I cook Mexican I’ll make the drive just to get some salsa – it’s so worth it.

1 cup all purpose flour.
1/2 bottle of beer, 6oz. I used a light blond beer but I think anything would be fine and would be fun to experiment. Drink any leftovers.
Fish cut into thin strips. I used catfish but any white fish would be suitable.
Vegetable/canola oil for frying.
Extra flour for dredging the fish.
Tortillas.
Sides and toppings to your liking.

Mix the beer and the flour together and add 1 tsp of seasoning (not cinnamon).
Leave in the fridge for about 30 minutes.
Heat the oil to 375 in a good sized deep pot or pan. Make sure the oil is about 4-5 inches deep.
When the oil gets to 375, dust the fish strips in the flour and shake off the excess.
Dip the fish into the batter and coat well shaking off any extra.
Drop the coated fish into the oil very carefully, that oil is super hot!
Work fast until you have about 4-5 fish strips frying in the pot, don’t put too many in or this will cool down the oil and the fish wont get brown and crunchy.
Move the fish around with a metal slotted spoon or some tongs until golden brown. Lift each piece out and let them sit on a paper towel to soak up the excess oil. I was frying a lot with a small pot so I stored the already fried pieces in a slightly warm oven until all the fish is done. 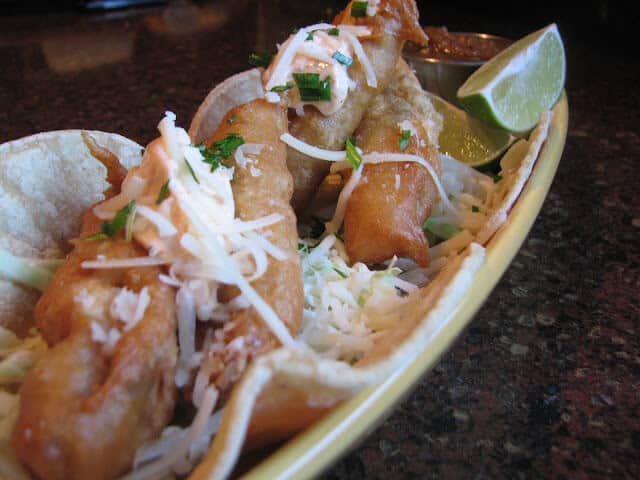 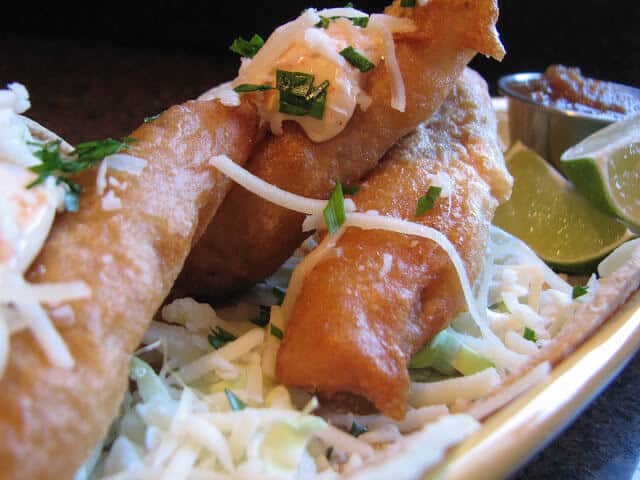 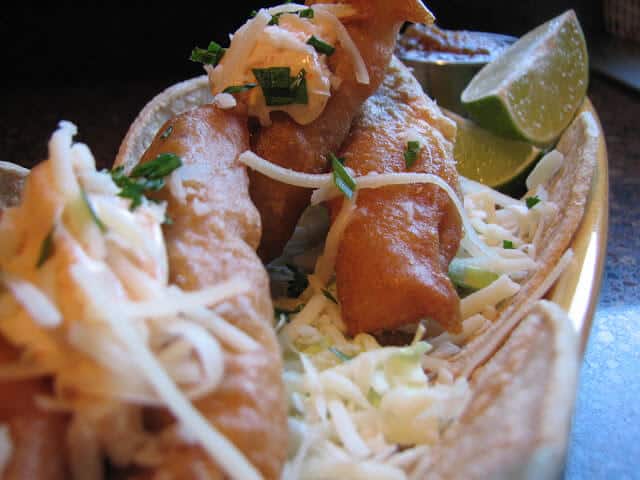 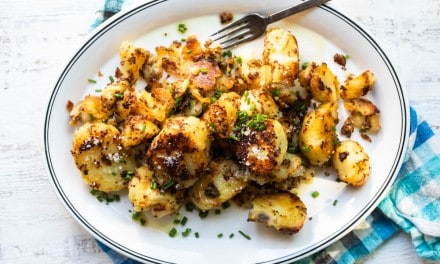 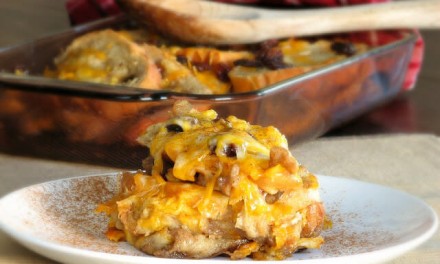 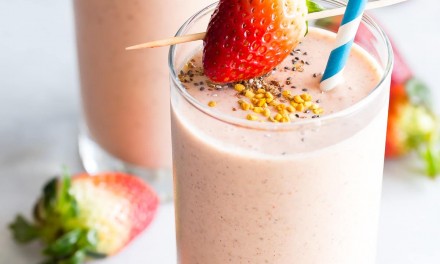 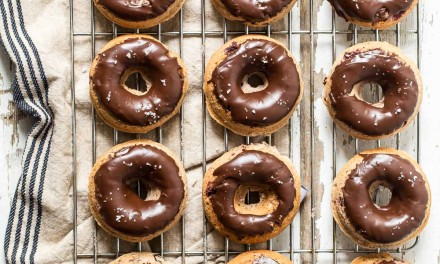